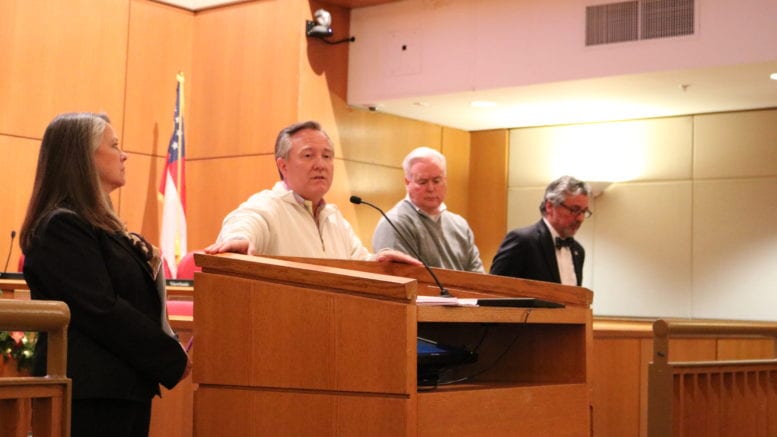 Affordable housing, center-lane medians, public transit, and heavy traffic due to increase in residential density were among concerns raised by residents at a Smyrna town hall meeting about the ongoing South Cobb Drive corridor study. The Thursday evening meeting was held in the Smyrna city council chambers.  Smryna’s  Ward 5 councilperson, Susan Wilkinson, led the meeting.  The longest stretch of South Cobb Drive included in the study falls within Ward 5,  from Church Road on the south, to the north boundary of the study area at Windy Hill Road.  The southern section of the corridor, between Concord and Church roads, is in Ward 3.

The website of Croy engineering, which is spearheading the study, describes its purpose:

The purpose of the study is to guide the future transportation and economic activities on South Cobb Drive between Concord Road and Windy Hill Road by developing an array of alternative improvements along with recommending policies and procedures.

The site also lists the partners in conducting and approving the study:

The City of Smyrna is the agency responsible for the study. Smyrna applied for funding from and is working closely with the Georgia Department of Transportation (GDOT). Other partners participating in the study include the Atlanta Regional Commission (ARC), Cobb LINC, and various Cobb County departments. Assisting Smyrna is a consultant team led by Croy Engineering with Strategic City Partners, J.R. Wilburn and Associates, and CERM. 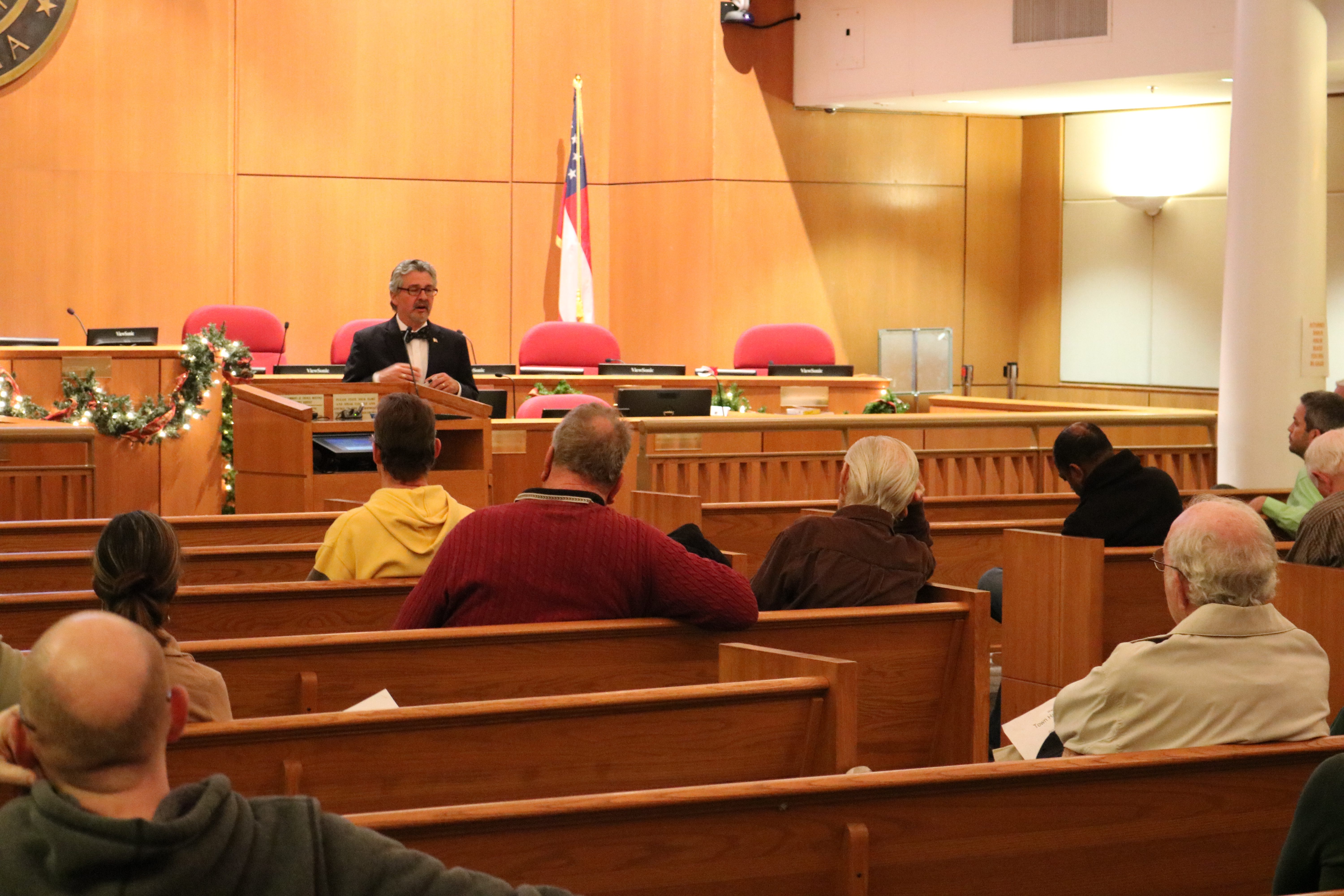 Daniel Dobry of Croy engineering, gave a summary of the goals and progress.

“The roadway has to be safe for all users, whether it’s car, bicycle, pedestrians, transit riders. [The goal is] opportunity for connectivity, not only along the corridor, but across the corridor.  We don’t want South Cobb Drive to be a barrier. [We want to] create that visual sense of place that would be aesthetically pleasing, that it stimulates the type of development and economic investment that you would like to see coming off of policies that promote that capacity.”

He said that currently a drive along South Cobb Drive was not a pleasant visual experience.  He also said that no plan had been created yet, that ideas were still being collected from the public, and he invited people to look at some of the drawings of preliminary designs that had been set up in the lobby of city hall.

The public was then invited to offer comments or ask questions. 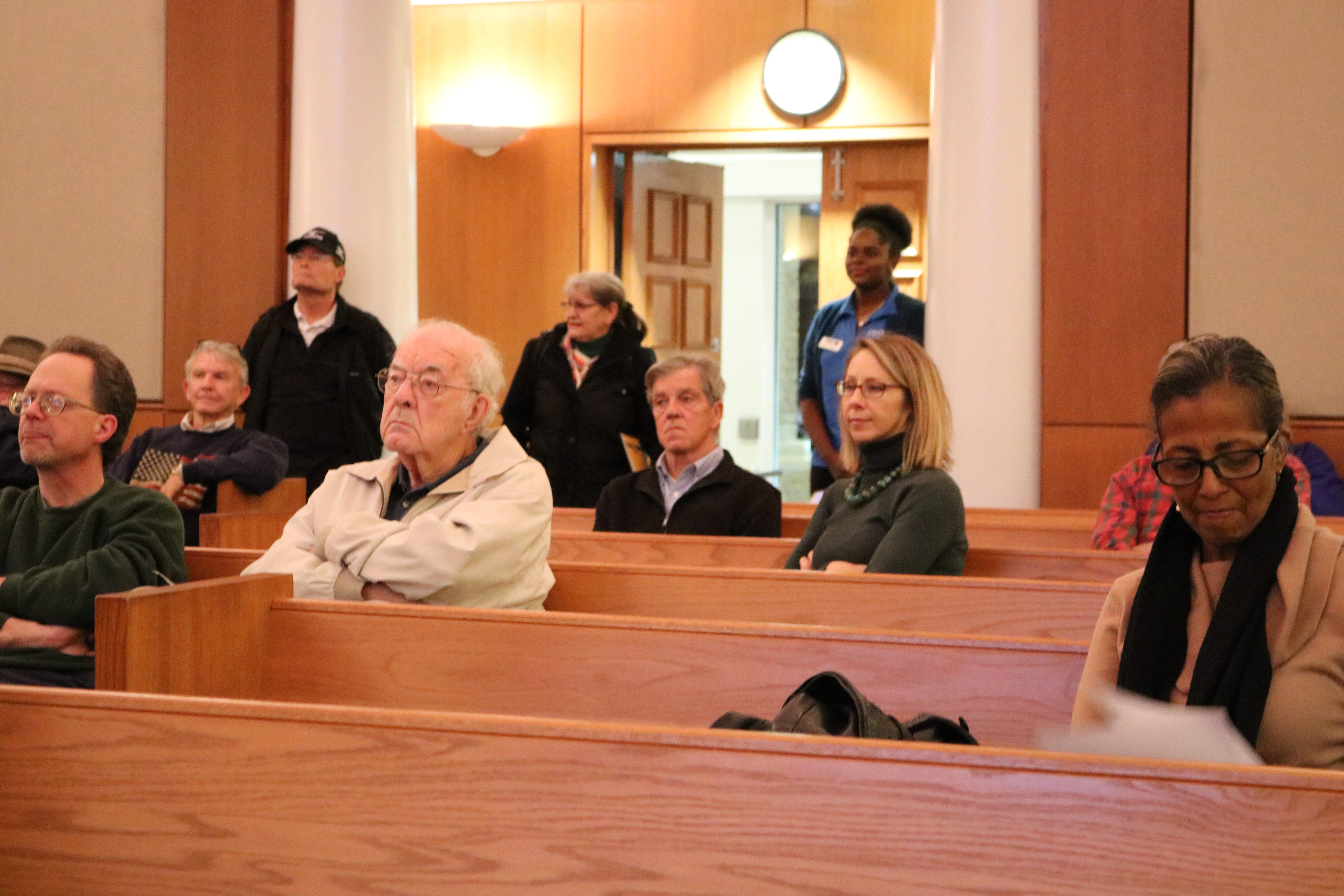 Several residents raised objections to the consideration of medians to replace the two-way center turn lanes, but other residents supported replacements of the lanes with medians.

Alex Backry said that the medians previously installed on Concord Road created problems for motorists turning onto the road from side streets. He said, “Smyrna has wasted millions of  our money on Concord Road doing a center median. People that turn out of side streets have to take a right, and turn around left … If you put a center media on South Cobb Drive, it’s going to make it more difficult for people to drive.”  He said it would be better for Smyrna to use the money to install sidewalks in residential streets that don’t have them. “I agree we need more trees, and a nicer place for people waiting for a bus.”

Vern Duckett voiced support for the center medians.  He said that center lanes sometimes create chaos, with people moving into the lane to turn in opposite directions.  “It’s like a standoff.” he said  Meg Perry, a resident from near Powder Springs Road said, “That’s why they call them suicide lanes.”

Laura Anzures, a resident of a neighborhood near Windy Hill Road and South Cobb Drive expressed concern that plan didn’t take into account the needs of her diverse neighborhood, and that it would threaten affordable housing.  She said projects like the trails would force locally patronized businesses to leave. “We love Smyrna but Smyrna doesn’t want us.”

Councilmember Wilkinson said Smyrna did want the residents of that neighborhood to stay.

Anzures said there were 81 small businesses along Windy Hill Road, and that she patronized them, including her eye doctor and her attorney.    “It is a live-work community.”

Wilkinson said that attempts were underway to relocate a few of the businesses into an adjoining building to keep them on Windy Hill Road.

Anzures said “We know we live in an ugly area,” and suggested that if the city wanted to make improvements, they should do something about the facades.  In a conversation after the meeting Azures compared the relationship between the City of Smyrna and the residents of her neighborhood to an abusive relationship. “You’re paying the rent that pays the property taxes, you’re paying for the SPLOST, and then they turn around and basically say ‘Thanks for everything, but we don’t want you here.  The area would be improved, once you’re gone. ‘   That’s why I say it’s like being in an abusive relationship.  You love the city so much, and then they don’t want you here.”

The Georgia Department of Transportation

There was a discussion of the Georgia DOT’s role in the project.  The state DOT has to sign off on any project, since South Cobb Drive is a state road, and the state has a wide right-of-way on the corridor, so any work in the lanes or the edges need approval.  Ken Suddreth, Smyrna’s community development director, said that the state DOT’s relationship with local communities is now the best it has been in decades.  He said they had revamped their approach to local issues, and were a good partner in the process.

Other questions and concerns

A number of other questions, concerns, and suggestions were raised in the course of the evening.  Resident Deborah Tompkins suggested that traffic could be improved by creating better public transit, to give residents another travel option. Suddreth said that CobbLinc, the county’s transit system, has an official role in giving input to the study.  Reginald Knight raised concern about the effects of increased density along Windy Hill on traffic through the neighborhoods.  Suddreth said that the density increases were outside the city limits of Smyrna, and that much of the increased traffic was out of the city’s control.  He said that the corridor study was intended to address some of the problems causes by the increase in traffic.  Allen Rodi asked if roundabouts had been considered as a traffic-calming measure.  Dobry said that they were not likely in the short run, but might become more common as they gain acceptance in the area.  Matt Watkins said that it was difficult to cross South Cobb Drive to get from his neighborhood to the Wolfe Center.  Dobry said that safe connectivity was one of the main goals of the study.

What’s next?, and where you can get more information

The next public meeting about the study will be in February 2017.  A time and date has not been set.

More information about the South Cobb corridor study can be found at SouthCobbDrive.com.  You can also leave comments on the website.

The Book House in Mableton