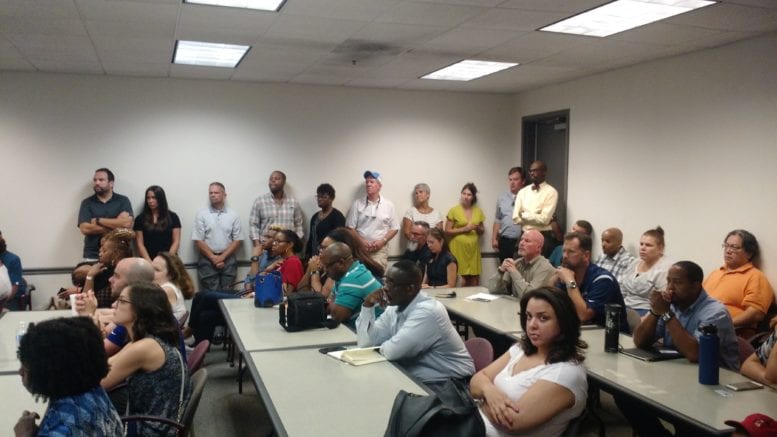 A standing-room-only crowd gathered at Cobb County Police Precinct 3 Monday night to discuss a recent string of auto thefts and thefts from autos in the area.

The meeting lasted well over an hour, but the biggest points hammered by police were simple:

There were several other important pointers handed out, including to make sure to keep your garage door closed, but Maj. Jeff Adcock and the other officers on hand stressed those two points above all others. 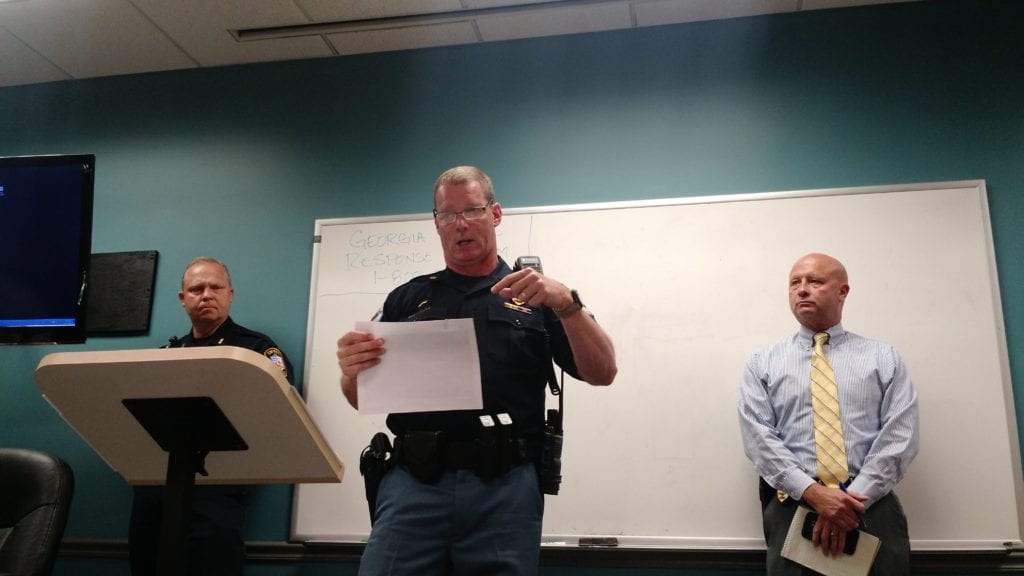 “The problem is, we’re not protecting our property,” Adcock said. “We as a community have made it easy for the bad guys to take our property.”

In some vehicle theft cases, a car’s keys were left inside the vehicle, making the criminal’s job extremely easy. Police told the story of a recent crime where a citizen left $800 in cash sitting in his center console, which was swiftly stolen once he left the area.

Adcock said Cobb police have two detectives dedicated solely to entering auto crimes, and that there are a number of ways citizens can get involved. One of those is to always call 911 when a suspicious person is seen in the neighborhood, particularly if it’s a group of young men aged 15-18, who statistically are much more likely to commit a crime than the general population.

Some young criminals consider it a game to figure out ways to commit crimes in neighborhoods, and some even take to Youtube afterward to brag on their exploits. Gang activity is also a common factor.

Attendees were encouraged to always report suspicious activity, and not to worry about bothering the cops or wasting their time.

Smyrna Police Department Deputy Chief Robert Harvey and a number of other officers were also on hand.

“We are very transparent as police departments,” Harvey said. “Cobb and Smyrna PD work very well together. Our detectives work with theirs, our management works together. What’s missing is you. We want to work with you, 911 is there for a reason.”

In many cases a single piece of evidence, such as a fingerprint or tag number, can lead to a string of cases being solved. To that end, the police stressed remembering detailed descriptions of suspects and vehicles to provide to 911 operators during a call.

Cobb police regularly communicate with residents via social media channels including Facebook and Nextdoor and encouraged attendees to follow them there.

During a Q&A session following the formal presentation, police added that some criminals will employ similar tactics to steal items from a home, checking for unlocked doors to try and gain entry. A common technique is to knock on a door and see if anyone answers. If not, the criminal will simply walk inside and have a look around.

Keeping an eye on your neighbors, either through a neighborhood watch program or otherwise, was strongly encouraged.