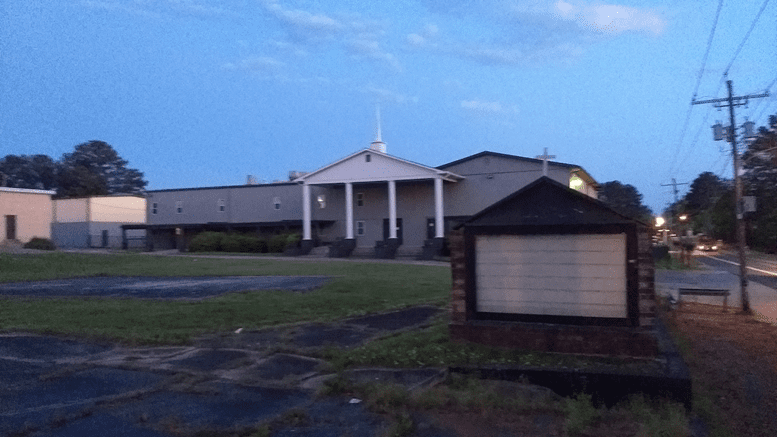 The Smyrna city council unanimously rejected a rezoning that would have provided dorms for up to 120 college-age students at the site of a former church building.

Atlanta Dream Center, a religious organization based in Old Fourth Ward with a mission to serve the “homeless, commercially sexually exploited and at-risk, and underprivileged children,” brought the plan forward. Its school of ministry director, Dan Palmer, noted that while his church runs programs to help the homeless and to help victims of sex trafficking, none of the people in those groups would be housed at the location.

Instead, the site would serve students ages 18 to 25, though Palmer noted Atlanta Dream Center is not considered a college. There were also no architectural documents for what the building would look like once inhabited by ADC. The site is located at 460 Bourne Drive, formerly the home of Welcome All Baptist Church, near the intersection of South Cobb Drive and Windy Hill Road.

Palmer said his group sought a Smyrna location for the dorms because of traffic concerns in Atlanta, and because real estate is so expensive in the city. Both statements caught the attention of Councilman Ron Fennel.

“It’s not cheap in Smyrna either, just so you know,” he said, before noting it’s not usually easy to get back and forth between Smyrna and Atlanta due to traffic.

Despite Palmer’s promises of a peaceful home for college-age Christian students, eight people spoke out against the plan, many from the nearby Smyrna Grove subdivision.

“No matter how good (these students) are, they are still young people who are going to do young people things,” said Aundrae Brown, who lives nearby. “It’s just a matter of how young men and women act.”

Others were concerned that the building would eventually house the homeless or prostitutes taken in by the church. A third concern was the general vagueness of the plan and Atlanta Dream Center itself.

“I’m not sure today what Atlanta Dream Center is,” said Gary Larue, of the Chateau Walk subdivision. “This plan is a whim and a prayer.”

The Smyrna planning and zoning board had voted 5-1 against the measure, and the city council rejected it 6-0. The site will remain vacant for the near future.