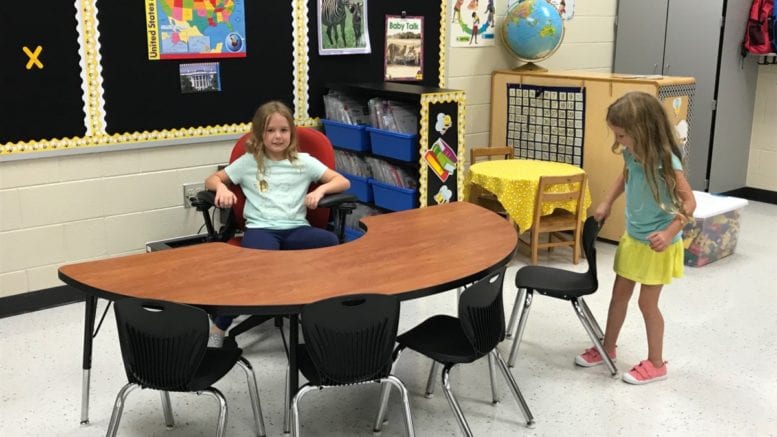 Ella (9) and Madeleine (5) Kinney explore one of the new Brumby classrooms.(photo by Rebecca Gaunt)

The new locations for Brumby Elementary and East Cobb Middle Schools had ribbon-cutting ceremonies this morning, attracting good-sized crowds. The schools have adjacent campuses on Terrell Mill Road and were funded by SPLOST IV, which was passed by voters in 2013. 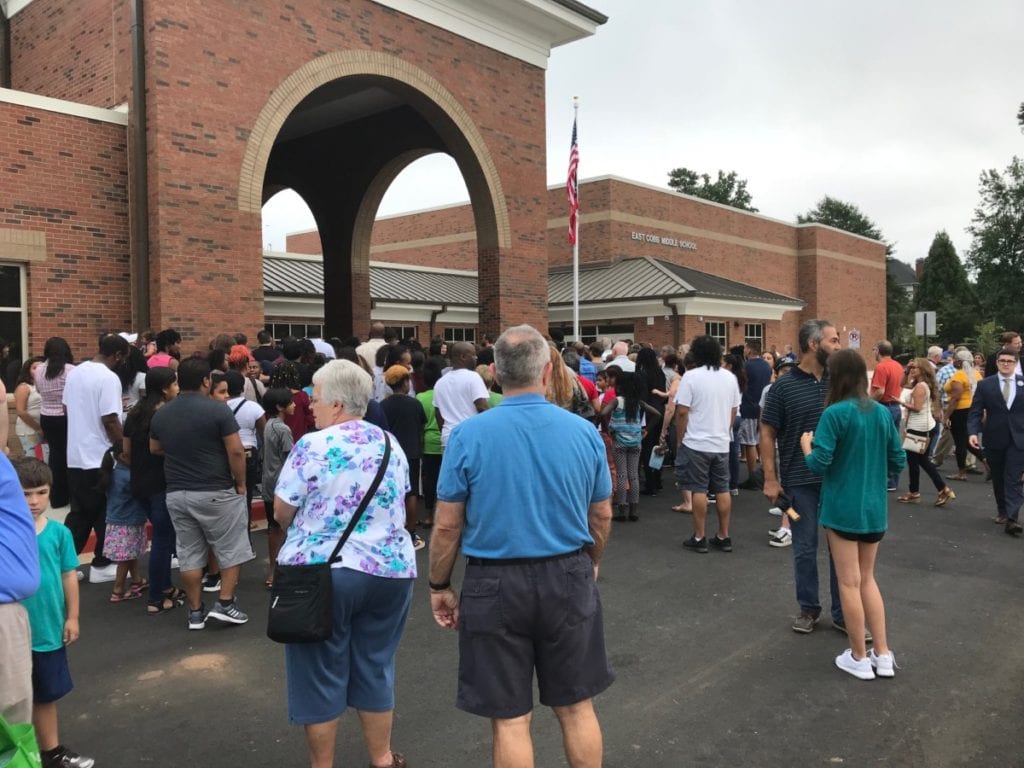 East Cobb Middle School had a large turnout for the grand opening. (photo by Rebecca Gaunt)

The new elementary school cost $22.7 million and the middle school cost $28.6 million, for a combined cost of $51 million. Construction started in September 2016. Brumby’s capacity increased from 895 students in 56 classrooms to 1,137 students in 71 classrooms, eliminating the need for the 17 portable classrooms on the old campus. The middle school gained an additional 36,000 square feet.

Members of Brumby’s fourth-grade team expressed their excitement about the new building. 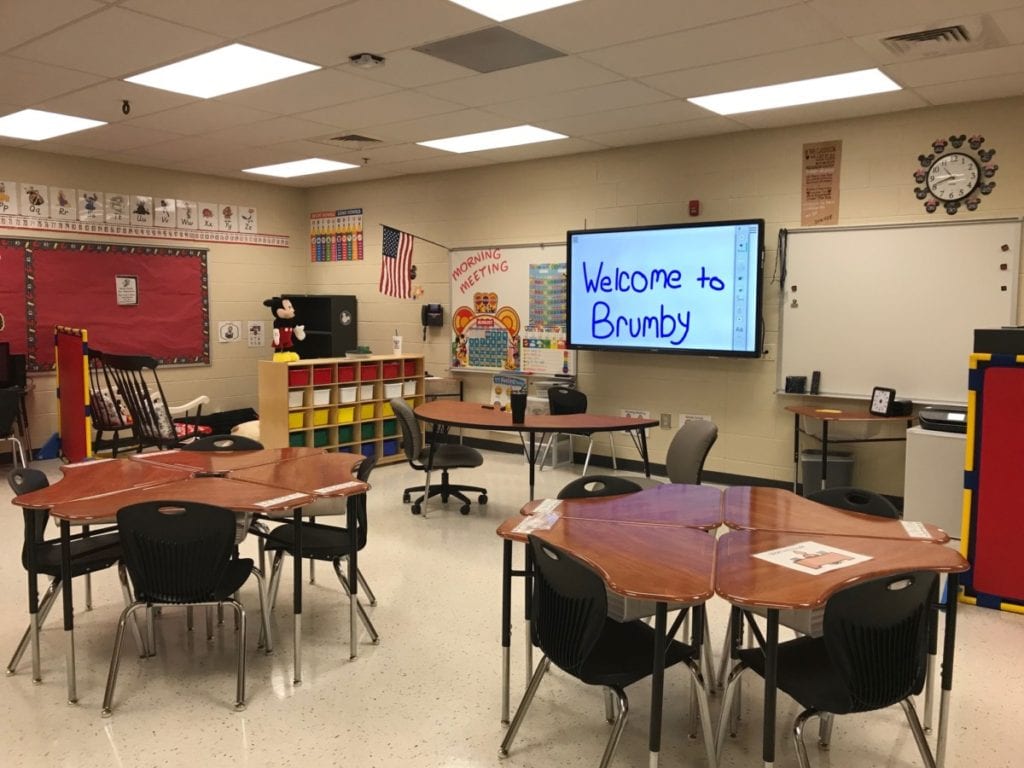 “We love the new school. It’s beautiful. They’ve just blessed us so much with everything they’ve given us,” said teacher Whitney LaFontaine. “We have this new safe school — that’s probably one of the best things. We don’t have two different buildings to walk between anymore. We feel safe in it. Everybody’s close to each other and it’s much more of a community.”

“It’s so nice to start fresh. You could tell the old school was getting old,” said teacher Katy McCollister.

Heather Hurt and Valerie Bruce taught at the old Brumby for 11 years. They agreed it would always hold a special place in their hearts, but they are thrilled about the new building, extra space and state-of the-art technology.

The Brumby ceremony started with the Boy Scouts raising the flag and leading the pledge under the direction of Shirley Davis, Brumby’s 2018-19 Teacher of the Year. 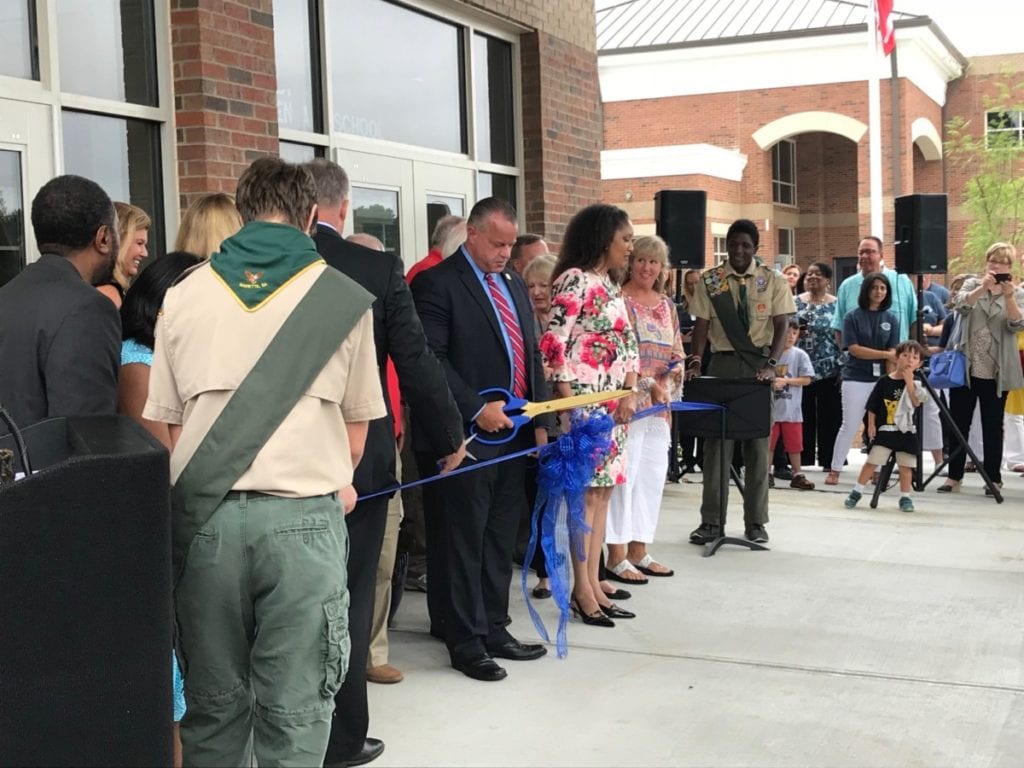 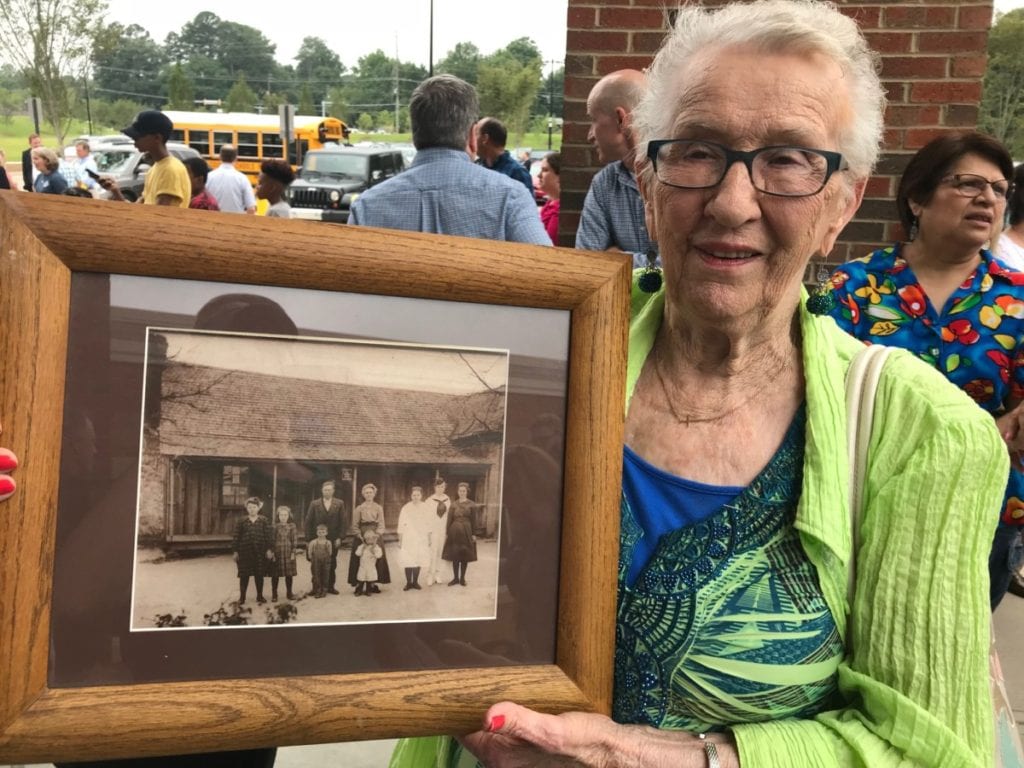 Hill family member Beverly Graham displays a picture of the family and original homestead. Her father is the young boy (center) in overalls. (photo by Rebecca Gaunt)

The land for the schools was purchased from the Hill family who lived there for generations. The family was invited to attend and speak at the ceremonies. Eddie Graham shared stories of his siblings and cousins playing on the land and selling the farm’s vegetables using the honor system and a coffee can.

“I was in one of the first two fifth grade classes at the school,” Graham said. He displayed his original jersey for the Brumby Bobcats and a photo of the original homestead.

“We probably were not the oldest in the county, but for our students’ safety and security, as well as the room we needed, they recognized the need for a new school, and I’m so, so very grateful for that,” said Brumby Principal Dr. Amanda Richie. 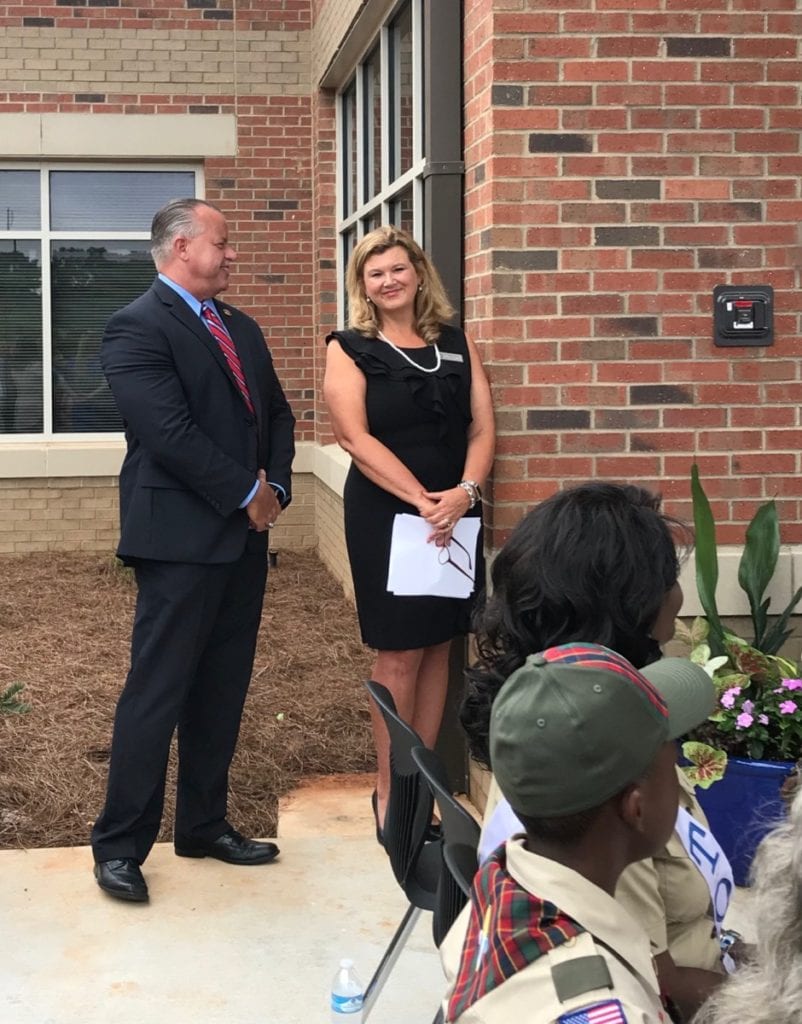 Cobb Board of Education passes antisemitism and racism resolution over objections