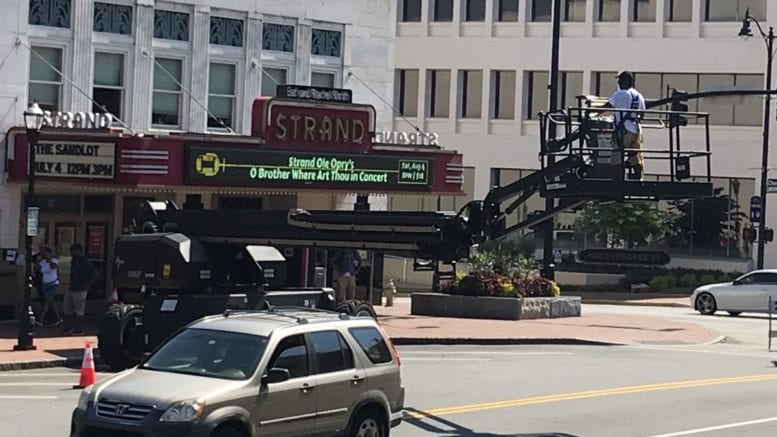 Camera getting into position for a shot (photo by Rebecca Gaunt)

The story is about a boy on the autism spectrum training for a marathon in order to connect with his father. The movie is also reported to star Amy Smart of “Varsity Blues” and “The Butterfly Effect,” Barkhad Abdi from “Captain Phillips,” and Rory Cochrane from “CSI: Miami” and “Argo.” 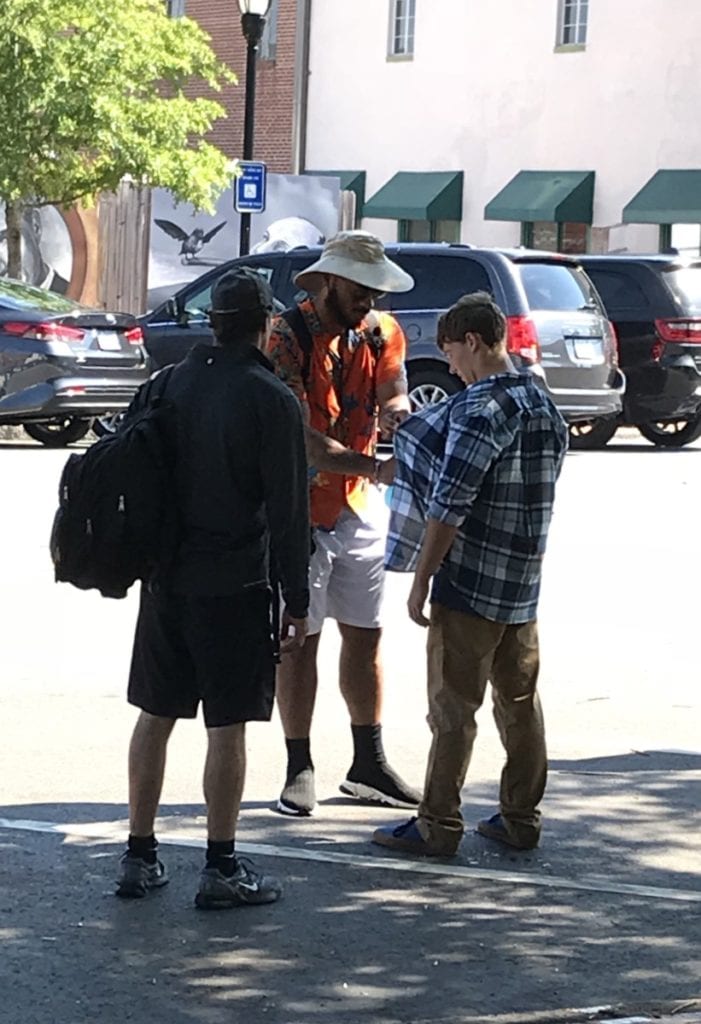 The crew could be seen positioning cars for a street scene and Dodson was being sprayed with what appeared to be a bottle of water to create a sweaty appearance. The actor darted into the street at sound of “Action!”

The movie is written and directed by Kim Bass, who created popular television series “Kenan and Kel” and “Sister, Sister.”

Thanks to the state’s film, television and digital tax credit, Georgia has become one of the top spots to make movies and television programs. Other movies that have filmed scenes in Cobb County include, “I, Tonya,” starring Margot Robbie, “A Bad Moms Christmas,” with Mila Kunis, Ben Stiller’s “The Watch,” and “Game Night,” with Jason Bateman.