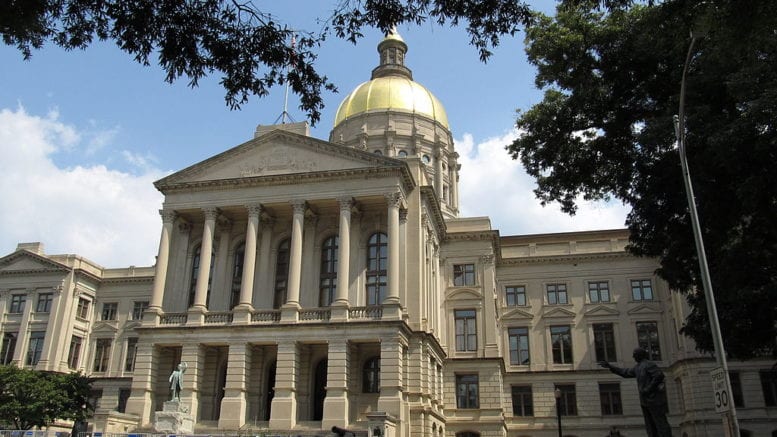 The second meeting for the Senate Study Committee on Evaluating the School Calendar of Georgia Public Schools took place Wednesday during the special session of the legislature. The committee is exploring the possibility of a statewide start date after Labor Day and is chaired by Senator Steve Gooch (R-Dahlonega).

The committee stirred controversy by including several appointees representing tourism interests and aggravated proponents of local control. The superintendents of Cobb County and Marietta City Schools have said they want the school calendar to remain in the hands of the local community.

Polly McKinney, Advocacy Director at Voices for Georgia’s Children, and Lyndsy Greene, Executive Director of Atlanta’s After School All Stars, addressed the committee together regarding the “summer slide” issue.

“When children are out of school, if they do not have enriching activities, a lot of them regress,” McKinney said. The problem is worse for students in low-income families who cannot afford camps and other programs.

McKinney said she was not there to support a particular calendar or start date, but to ask that “consistent access to safe and enriching opportunities” be a focus of the legislature, regardless of the length of the break. Her recommendations included creating a dedicated state funding stream to provide summer learning opportunities, continued funding of 4-H, libraries and parks departments, and expansion of work-based learning and apprenticeships.

“For teenagers, yes, but the bulk of a lot of this work…is the younger school age kids,” she said.

According to a 2013 survey, McKinney said 25 percent of Georgia’s children participated in summer programs and 42 percent more would do so if they were available. The national average weekly cost for summer programs is $288. The Georgia average is $302, which McKinney attributed to a lack of significant investment by the state.

Greene described the achievements of ASAS, which is partially funded by the federal assistance program Temporary Assistance for Needy Families (TANF), in combating summer regression. Their data indicates that ASAS students have better standardized test scores in reading, math and science than other students. They also have better attendance.

Committee member Camila Knowles of Cornerstone Government Affairs asked McKinney and Greene what the students they serve do during week-long breaks that fall during the school year and if it’s possible for these programs to serve these children at those times. They responded that families often struggle with child care and it’s difficult to help them due to lack of funding and maintaining staff for such short periods.

Matt Cardoza and Allan Meyer of the Georgia DOE returned to answer questions that were raised last month. One of the concerns raised by senators was that the approximately 35,700 students who are doing dual enrollment often have a gap between when regular school starts and when college courses start, since colleges start later. After looking at postsecondary calendars, the DOE found that if public school start dates were pushed to after Labor Day, high school students would experience that gap in June instead.

They also revisited the issue of air conditioning school buses. Cardoza said it costs about $7,500 to add air conditioning to a bus, but about 60-75 percent of new bus purchases include it.

“It seems like all of this has been driven by testing, this whole calendar slide that we’ve experienced over the last decade or two,” Gooch said. “What can we do as a state to try to help relieve the systems from those mandated test days that are so early? Can we push them back to a later date in May to where it gives the systems more time to teach the curriculum and get the test in before the end of the year?”

The DOE representatives said they have pushed the window as far back as they can, to which Gooch responded, “But then you gave the discretion to the local government to decide within that window.”

Committee member Michael Owens of the Georgia Chamber of Commerce said he has had conversations with business owners in Savannah who told him they are negatively affected by the school calendar.

The next meeting is not yet scheduled but will have testimony from the tourism industry on how the school calendar affects it.