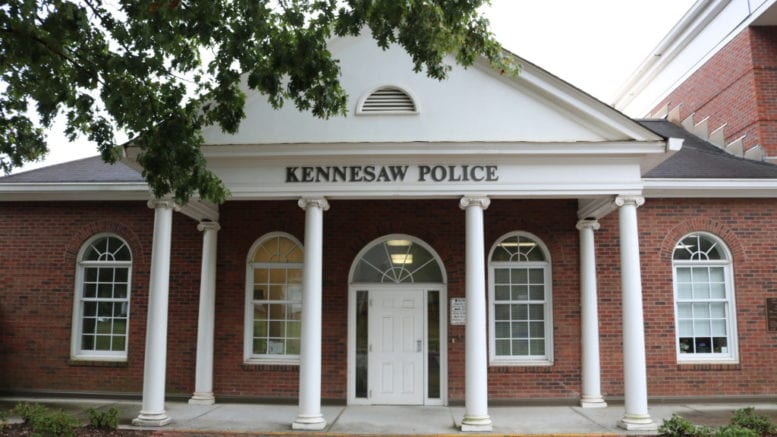 According to a press release from the office of Special Agent in Charge (SAC) Ken Howard of the Georgia Bureau of Investigation, five alleged associates of the 30 Deep criminal gang have been arrest in connection with a 2018 burglary in Kennesaw.

To date five people have been arrested in connection with the alleged burglary. They are Michael Ulysses Morgan, 19, Jamarcus Purnell, 21, Antwon Mark Palmer, 21, Vernard O’Neal (no age given) and Montarius Daniel (no age given).

The press release describes the alleged burglary as follows:

These arrests are the culmination of an investigation that began with an incident on October 1, 2018 when officers with the Kennesaw Police Department observed a burglary in progress at the Texaco gas station at 3870 Moon Station Road, Kennesaw, Cobb County, Georgia. Five masked subjects fled the gas station in a stolen black Dodge Charger bearing a stolen license plate. The vehicle nearly struck one of the officers as it fled the scene. The vehicle was found abandoned a short time later. A cash box which had been stolen from the Texaco was recovered inside the vehicle, along with a gun, mask, gloves, bolt cutters, and two crowbars. This incident was similar in nature to many incidents which occurred in the Metro Atlanta area since April of 2018

The investigations and arrests were a joint effort by the Kennesaw Police Department, the GBI’s Gang Taskforce, and the Georgia Department of Community Supervision.

The charges include “Violation of the Georgia Street Gang Terrorism and Prevention Act, Burglary – second degree, Possession of Burglary Tools, Theft by Taking, Theft by Receiving –stolen vehicle, possession of firearm by a convicted felon, Reckless Driving, and Fleeing and Attempting to Elude (Felony)”