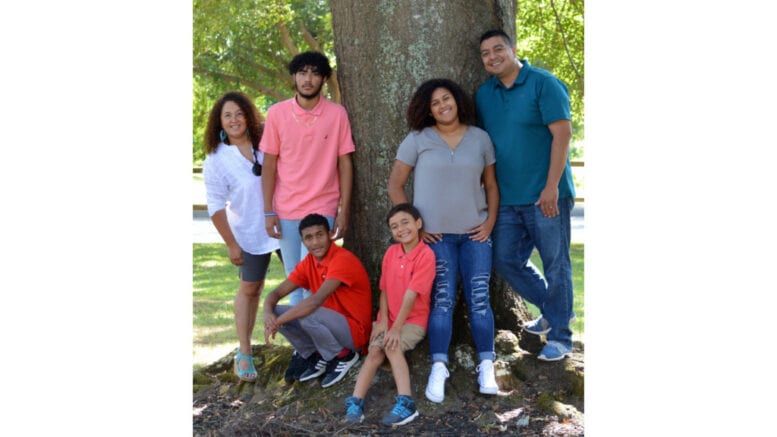 After having a planned Hispanic Heritage Month event vetoed by Smyrna Mayor Max Bacon, the Smyrna United Task Force regrouped and created a series of signs telling the stories of Hispanic citizens who either live or work in the city. The display went up Oct. 11 and will be in place through Oct. 27.

“After the initial event got vetoed, we decided we had to pivot,” said Mara Johnson, a Task Force leader. “We wanted to make sure we did something for Hispanic Heritage Month.”

Thinking fast, Task Force leaders created the display boards, which are found between Smyrna city hall and the Smyrna library.

“Through Smyrna, we found a way to balance our Peruvian identity with our new American identity, and we are able to embrace the best of both worlds thanks to the accepting environment and people in our city,” reads one sign attributed to Rocio Villanueva. Similar testimonies tell the stories of locals with roots in El Salvador, Colombia, Venezuela and the American territory of Puerto Rico.

The city approved the signs ahead of time. The stories, plus a few others that didn’t become signs, can be found on the Instagram handle @SmyrnaStories.

Johnson said the signs weren’t part of the original event, but the task force felt they would help celebrate Hispanic heritage.

“[The veto] was challenging,” she said. “It became a matter of, ‘we’re not going to back down and not have anything happen this month.’ We feel really good about what we were able to accomplish in such a quick period of time.”

Smyrna’s second annual Hispanic Heritage Celebration is this evening, October 15, from 5 to 9 p.m.