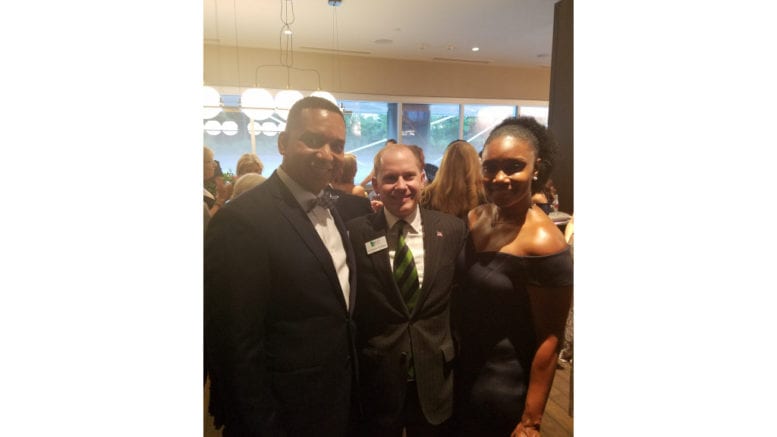 Broady was endorsed by Charlie Bailey, who ran for Georgia Attorney General in 2018, garnering 48 percent of the vote against Chris Carr, the current AG, and Sarah Riggs Amico, who came in third place this year in the crowded Democratic primary for a chance to run against incumbent Republican David Perdue.

Bailey said in his endorsement, “The District Attorney is a vital role in our everyday lives and that reality is something I’ve come to be familiar with as an attorney, advocate, and former Democratic nominee for Attorney General. And I think Flynn has the leadership skills, the grit to make tough choices, and the ethics to give Cobb’s citizens what they deserve- a fair and balanced court system.”

Broady said in accepting Bailey’s endorsement, “Mr. Bailey’s varied experiences from practicing law with former Governor Roy Barnes, to working in Fulton County’s DA office in the Gang Unit prosecuting tough cases against violent criminals, lends him the ability to understand the character necessary to bring integrity and fairness to all phases in the criminal justice system.”

“Unlike his opponent, Flynn is committed to women’s rights and will not prosecute anyone, including a healthcare provider, under Kemp’s unconstitutional law, which is just one of many reasons I support Flynn for District Attorney in my community of Cobb County,” said Amico in her endorsement of Broady. “I believe that we can create and reinvigorate existing programs that will successfully reintegrate returning citizens into society. Flynn has proven through his experience with the Cobb County Veterans Accountability and Treatment Court that he also believes in this and is capable of helping all people.”

“I am proud to have Sarah’s endorsement for District Attorney of Cobb County and will always do my best to keep the courts accountable,” said Broady.

Flynn Broady, who has been the Coordinator for the Cobb County Veterans Accountability and Treatment Court, is running against Republican incumbent District Attorney Joyette Holmes in the November election.

Read more about Flynn Broady on his campaign website.