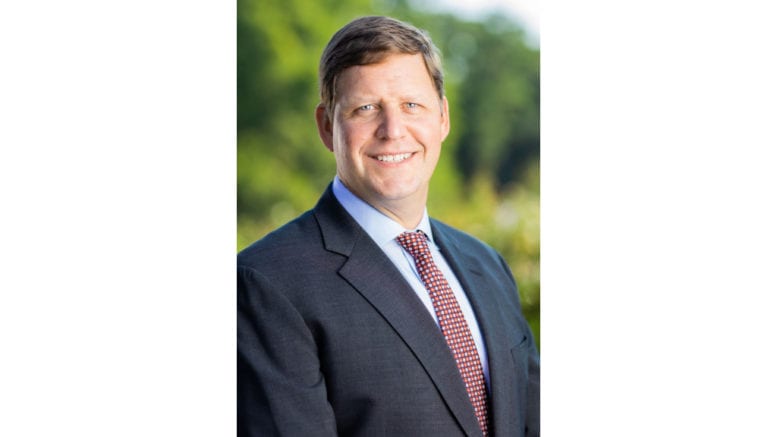 Mitch Rhoden (photo courtesy of the Cobb Chamber of Commerce)

When Mitch Rhoden spotted a need, he swung into action-in the process engaging with two of Cobb County’s biggest challenges in 2020.

Rhoden, a small businessman himself, saw how restaurants were struggling at the outset of the COVID pandemic and was instrumental in creating a non-profit support initiative connecting eateries and non-profit agencies to their mutual benefit. He also volunteered his time and talents in aiding the SPLOST extension initiative, which passed Nov. 3.

Business associates say his 2020 efforts were by no means a flash in the pan-making his selection as the 2020 East Cobb Citizen of the Year a natural.

“Mitch Rhoden has been an outstanding leader for our community for more than 20 years,” said Sharon Mason, the President and CEO of the Cobb Chamber of Commerce in a news release. “He is much deserving of this recognition and is a role model for our community.”

Rhoden’s idea-which he is quick to add was made reality due to the efforts of many others-sprang out of his role as President and CEO of Futren Hospitality, which develops and manages country clubs and business dining clubs. Their umbrella includes East Cobb institution Indian Hills Country Club.  He has been well-attuned to food and restaurant industry struggles this year; the company’s Georgian Club in Cumberland closed this spring due to COVID.

“As a former (2019) chamber chair I had my feet in several different buckets and a lot of business people were talking about how we could help. People were ordering takeout, but that wasn’t enough. And there were people offering to write a check,” Rhoden said.

That coalesced into Operation Meal Plan, which raised tens of thousands of dollars that would go toward purchasing restaurant food.

He explained, “We picked out restaurants, and said ‘we’ll pay you a set price for a meal.’ ” The meals would be ordered in bulk, paid for out of the fund and then donated to non-profits that would distribute them to their clients.

Rhoden said the plan was designed as a short-term bridge to help restaurants stay afloat and keep workers employed and was wound down after about three months as it became apparent the pandemic was a longer-term issue.

The business veteran also jumped into another community dollars-and-cents issue this year, serving as chair of the 2020 Cobb County SPLOST Renewal Committee. Voters approved extending the sales levy for another six years by a roughly 2-to-1 margin.  It’s designed to fund transportation, park and library projects among other uses and had been set to expire at the end of 2021.

Rhoden says the broad support of the initiative both in East Cobb and countywide was well-founded.

“East Cobb has the reputation of being a conservative area but also supported it because it’s a business-friendly tax, “he said. He pointed out that it doesn’t unduly burden property owners as a millage increase would.

The initiative will give a huge boost to the area’s signature East Cobb Park, which has evolved into a wildly-popular community gathering spot since opening in 2001. The approval paves the way for land purchases that could essentially triple the existing size of the facility to about 75 acres

Rhoden also points to the renewal’s funding of transportation improvements for East Cobb as well as the county at large, such things as roundabouts, intersection improvements and paving projects. Rhoden, who took over the business started by his father in 2008, lauds the area’s embrace of business as well as the propensity of residents and business owners to give back.

With local governance changes just ahead in 2021, he thinks many on the county’s east side are keeping an open mind. “I think business leaders will support political leaders who support business, “is how he put it.

“It’s not so much as to whether they’re Democrat or Republican but whether they support those things that help small business.”

Is the pandemic over? We asked an economist, an education expert and a public health scholar their views