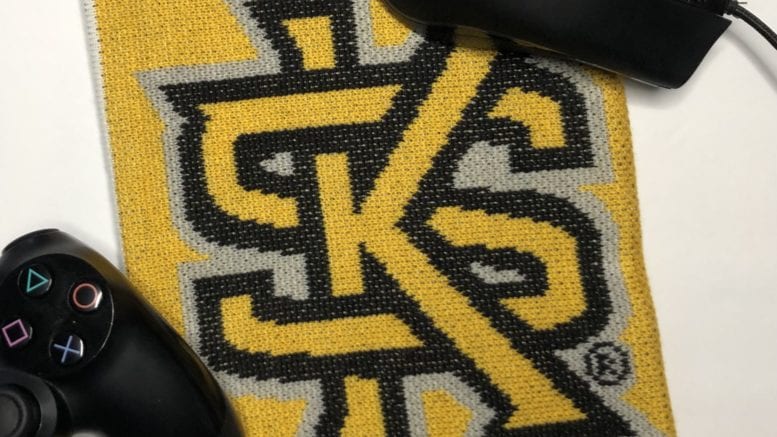 KENNESAW, Ga.- Blake Scott recalls the feeling he had when he visited Korea in 2019 for the gaming competition Overwatch Contenders 2019: The Gauntlet. Having prepared rigorously along with his team, Scott was led to gaming booths in the Apex stage. These booths isolated the two competing teams, allowing them to completely focus on the match.

“It was really awesome since they do not allow them in America,” Scott said, explaining that the competition was one of his favorite memories of his esports career. “[It] was a very cool experience that I will always remember.”

Scott, better known by his gaming alias “Gator,” went on to get second place in the competition along with his team at the time, ATL Academy. Gator is now a member of the Atlanta Reign Overwatch team. Atlanta Reign is currently ranked as number 11 in the Overwatch League.

Though Gator’s game of choice is Overwatch, there are hundreds of competitive games, with new professional gaming scenes growing for various games. Gator is one of many people who form part of the esports community, a community all about competitive video games.

The popularity of esports is such that high schools and universities have started programs and teams dedicated to it. Kennesaw State University is one of the latest to join the scene in the form of an esports program.

“I began to reach out to other contacts at the university regarding esports, starting with Sports and Recreation and KSU Athletics,” Esports Program director Andrew Harvill said. “…We realized that many areas of the university had been talking about esports, but it had yet to materialize into any broad-based push for a program.”

Harvill said that there had been a student esports organization for years before it became a formal program. This is a natural progression for a program like this, as the popularity of esports calls for formal teams. The program currently sponsors teams for three video games: League of Legends, Rocket League, and SMITE, with $35,000 earmarked for scholarships for players and analysts.

Students who want to participate in different games have the opportunity to do so in the form of competition clubs. The various additional games include Valorant, Rainbow Six: Siege, and Overwatch. The KSU program is eager to allow students to compete in games that have a competitive collegiate scene, as long as enough students are willing to play.

“The rise of esports has been awesome and I am glad it’s finally getting the attention it deserves,” Gator said enthusiastically about the future of the scene. “Esports can provide things, especially to the younger crowd, that traditional sports will never be able to. Esports will only get bigger and I enjoy watching its constant growth.”

Gator is right as, according to newzoo esports, viewership is 495 million in 2020, and it projects that viewership will rise to 646 million by 2023. As more teams spring up and more games become part of the competitions, larger audiences are reached.

“The south and southeast is generally a weaker region when it comes to esports in the collegiate space,” Esports Program Coordinator Norman Reid said. “One of my goals here at KSU is to change that narrative.”

Georgia showcases a proud history with gaming and esports. According to georgia.org, Atlanta is known as the esports capital of the nation. The website states that, “Georgia is one of the few states where esports is a sanctioned high school competition.”

The title is often given to Atlanta because of the sheer number of events it hosts each year. The website particularly mentions the 24-hours-a-day, three-day competition held in November as part of DreamHack, the largest digital festival. Reid himself was a winner of DreamHack 2018’s BYOC tournament, along with winning the Nightfall League in 2019 along with his team, Recon 5 Violet.

The advantages of esports

The KSU esports program could not have come at a better time. Skillshot Media, located in Atlanta, revealed that they have seen not only a record-high number of people playing online but also a record number of viewers. Skillshot attributes this to the esports industry being a perfect choice for entertainment during COVID-19. While traditional sports were often impossible to host safely, esports became a safer form of competition.

Harvill explained that there is a lot of value in esports, including some related to their recent success. This includes their flexibility as more people can play together with less space. He also explained the various ways the program will benefit KSU in the form of giving the institution more visibility, allowing for new academic prospects, and development opportunities. These are all things that can draw students.

“Student Involvement is the big one for me,” Harvill said about the benefit of the esports program. “By creating a robust esports program where students have a myriad of new opportunities to find their niche at KSU, we’re hopefully creating more pathways to success for our students.”

Reid had been working on creating an official esports program since he was an undergrad. His work came to fruition because of the collaboration of various parties. Although they have not encountered many problems, Reid firmly believes that the cooperation between the KSU administration and the students will allow the program to succeed.

The KSU esports program is sure to bring enthusiastic players as it builds a community. The program’s discord server, the hub of a lot of online play, already has over a thousand members. The financial aid package of $1,000 for players and $500 for analysts is a great incentive for continued student involvement.

Competing in three major competitive games, the KSU esports program takes part in various events. These include the spring League of Legends series hosted by the Peach Belt Conference, and the annual collegiate SMITE championship hosted by NACE. Tryouts for the teams are held every fall and spring semester

Gator expressed excitement about the future of esports, even sharing advice for the up-and-coming KSU players.

“[F]ocus on yourself and your improvements, don’t spend too much time blaming or looking at other people’s mistakes,” Gator said. “This will make you a great teammate long term as well. Also, stay consistent. You never know when your time will come.”

Luis Cuevas is a freelance journalist and video editor born in Ecuador. He is currently majoring in Journalism and Emerging Media at Kennesaw State University, with a minor in Music and Entertainment Business. When he is not writing he creates content for his YouTube channel or plays video games.