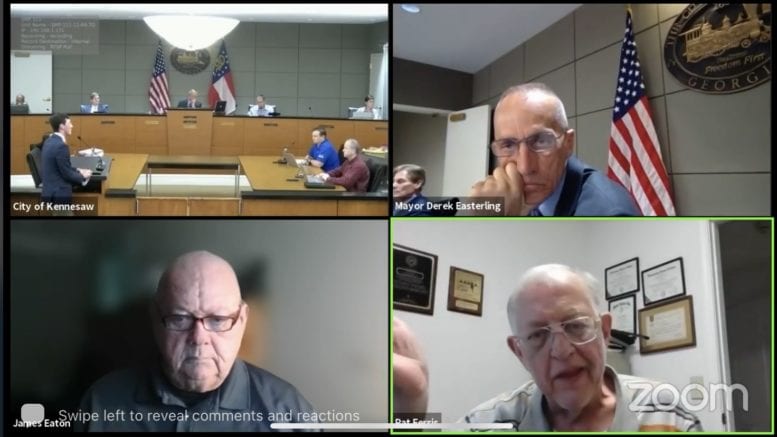 Kennesaw officials are considering a partnership with a foreign “sister city” to promote cultural, business and educational exchanges.

City Manager Jeff Drobney suggested a sister city relationship as a complement to local programs already in place. North Cobb High School in Kennesaw is home to the international studies magnet program and Kennesaw State University has students enrolled from more than 140 countries.

“I grew up in Kennesaw. The city is not the small town that my parents moved to find. We are quickly becoming a staple of the suburban area, so this is a great way of getting our name on the map,” he said.

Gasparini sees the program as an opportunity to attract foreign business to Kennesaw, bolster the city’s international profile, create opportunities for study abroad and student exchanges, and connect the community with new cultural opportunities. He recommended establishing a commission to govern the partnership and enact fundraising for the associated costs, including the annual membership cost of $610.

Rennes, France has a high school exchange program and Kennesaw State University has a program in Köthen (Anhalt), Germany, making both strong contenders for partnership.

“It’s been found that by exposing other people to foreign cultures that you’re expanding their worldview,” Gasparini said.

Many cities in Georgia already participate in the program. Marietta has two sister cities: Heredia, Costa Rica and Linz Am Rhein, Germany. Cobb County is paired with Seongdong-Gu, a district in Seoul, South Korea. Atlanta has 17, including Fukuoka, Japan and Brussels.

According to Ferris, Kennesaw previously tried to partner with a city in China, but at the time, the city didn’t have the support to keep up with it.

“With our current city infrastructure and staff, we could really make something like this work,” Ferris said.

He requested more information on how other cities in Georgia have made the program beneficial for the community.

Eaton added, “I see a lot of benefit economically, culturally. I’d like to see us pursue it. But I think we’re going to have to have a very, very strong set of volunteers from the city and under the guidance of somebody from the city staff that’s going to be able to put this puppy together and make it work.”