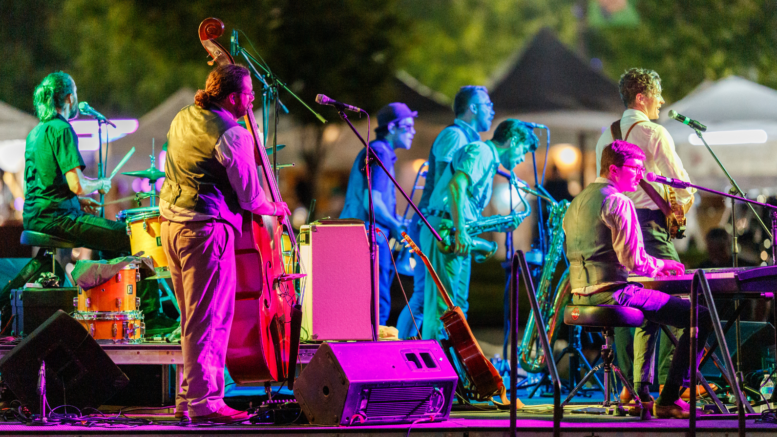 Photo courtesy of the City of Kennesaw

The popular Pigs & Peaches BBQ festival is coming on August 20 and 21 in Adams Park in Kennesaw.

The festival includes a competition sanctioned by both the Kansas City Barbeque Society and the Georgia BBQ Championship, so all you barbecue chefs should get your aprons and BBQ forks ready.

For more detailed information see the press release for the festival, reprinted below:

From its humble beginnings, Pigs & Peaches has grown into one of the region’s most beloved festivals attracting an estimated 65,000 attendees annually. Now in its 20th year, the festival features two days of non-stop music, good eats, cold beer and interactive family-fun. Attendees will find over 100 vendors, exhibitor and contestant booths, a Kid Zone full of inflatables, amusements and attractions, tons of tasty treats to satisfy every whim, and an incredible lineup of live entertainment and street performers.

At the heart of the festival is a Kansas City Barbeque Society sanctioned competition, which is also recognized as an official Georgia BBQ Championship event. Additional cooking events include a Backyard contest for amateurs, Anything Butt and Peach Dessert contests, and new this year, a Kid’s ‘Que contest. Over $16,000 in cash and prizes will be awarded to contest winners.

The event will be held rain or shine. Admission is free.

‘Festival of Delectable’ comes to Smyrna