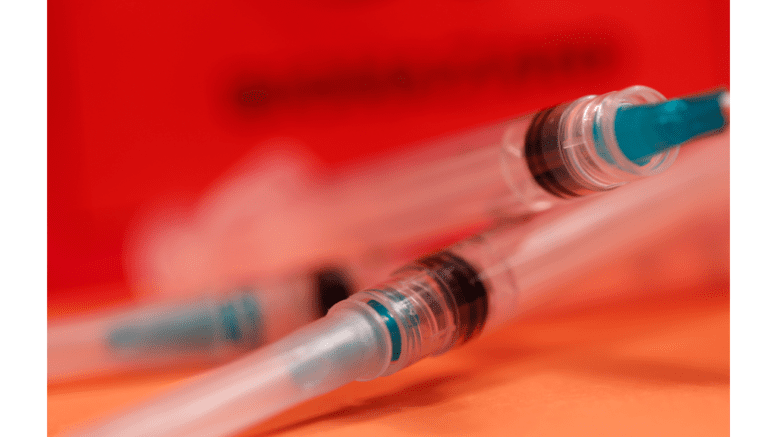 Eleven months ago, President Joe Biden assumed office during one of the most critical moments of the covid-19 pandemic. Case counts and death rates were shockingly high. The vaccine rollout, which had started under former President Donald Trump, was disjointed. People were generally sequestered in their homes, and kids were relegated to remote learning.

Biden promised to change all that. He said he would differ from Trump in that he would listen to the scientists, encourage the use of masks and give the federal government a stronger role in addressing the pandemic. He also pledged to deliver the “most efficient mass vaccination plan in U.S. history” and to get 100 million covid shots administered in his first 100 days.

How well did Biden do? We asked four public health experts who said the president’s vaccine rollout, overall, was excellent, but his messaging was off at certain points, and other setbacks — both within and beyond his control — stymied progress against covid-19.

After all, cases in the U.S. are again surging, largely due to the delta and omicron variants. In some places, these numbers, as well as hospitalization tallies, are approaching the highest levels in months. This month, the U.S. surpassed 800,000 covid-related deaths since the pandemic started, and the 1 million mark is in view. The reopening of Broadway shows — something viewed by many as a sign that normalcy was returning — is facing interruptions as breakthrough cases among cast members cause intermittent performance cancellations. The sports world is facing its own covid-related disturbances. Colleges have announced they will hold final exams remotely and are canceling winter graduations.

All of this calls into question how much progress has been made against covid. Let’s take a look at what happened in 2021 and whether Biden’s efforts have made a difference.

Even before taking office, Biden set an initial target of getting 100 million doses of vaccine administered in his first 100 days. While there was initial uncertainty about this target, it turned out to be an easily achievable goal that took only 58 days.

Still, vaccine distribution unfolded by fits and starts. At first, only certain populations were eligible for shots. And when Biden announced he was ordering states to open up eligibility to all adults May 1, demand outstripped vaccine supply in many locations. By summer, though, most who wanted a vaccine could get one — free of charge.

Indeed, getting almost half of the U.S. population fully vaccinated in the first six months of 2021 resulted in a huge drop in covid cases, hospitalizations and deaths by early summer. Recent data from the Commonwealth Fund indicates that the covid vaccination program in the U.S. prevented 1 million deaths and 10 million hospitalizations.

Yet, those two optimistic signs — high vaccine availability and low covid cases — led the Biden administration to prematurely assert triumph over the virus, said Dr. Leana Wen, a professor of health policy and management at George Washington University. This was just one of several messaging missteps made by Biden and his administration in 2021, said the experts.

“They had declared victory right when delta was starting to surge,” Wen said.

Wen pointed to the Centers for Disease Control and Prevention’s “confused” messaging, starting with an announcement in May that those who were fully vaccinated no longer needed to wear masks indoors or outdoors, or practice physical distancing, even though those strategies had proved useful in combating the virus.

The change in mask guidance came at a pivotal time. The dangerous delta variant was beginning to take hold throughout the U.S., and public health officials were only starting to understand that those who had been vaccinated could still spread the virus. As delta boosted case counts in midsummer, the CDC had to walk back its guidance to recommend that vaccinated people resume wearing masks indoors if they lived in an area with substantial or high transmission. This remains the recommendation. Yet, that initial announcement opened a door for many states and localities to repeal their mask requirements and never reinstate them, despite continued high levels of transmission nationwide.

“The unmasking order back in May was too hastily done,” Benjamin said. “That was a misstep.”

Also, Biden’s announcement in mid-August that booster shots would be available by Sept. 20 to all Americans preceded both the Food and Drug Administration’s recommendation and the CDC’s guidance on boosters for everyone — another stumble. The FDA didn’t authorize boosters for all adults until November.

“I think people saw that as him making a political statement,” Benjamin said. “He knew that was where we were going, where the science was taking us. He got ahead of it.”

Overall, though, Biden followed the science, said the experts. Plus, implementing regular covid media briefings with scientists and public health leaders, and allowing Dr. Anthony Fauci, his chief medical adviser, to be front and center and not contradicting his advice, represented a meaningful change from the previous administration, when daily briefings were held but speakers often dismissed scientific evidence in favor of untested treatments and the president, himself, would dismiss the pandemic’s severity.

Biden also used the power of his office to advance certain public health measures. He issued vaccine mandates for federal employees and contractors, health care workers and certain companies. This has increased the number of people vaccinated, though the mandates, except for the one aimed at government workers, are on hold while objections work their way through the court system.

And, despite state rollbacks of mask mandates, the president has continued to require masking in areas under his control, including within the interstate transportation and air travel industries and in federal buildings. He also signed a $1.9 trillion covid relief law in March that provided financial assistance to people in the form of stimulus checks, child tax credits and additional unemployment benefits, as well as aid to states and local governments.

However, one area in which government efforts have been severely lacking is covid testing, said every public health expert we consulted.

The Biden administration has invoked the Defense Production Act to ramp up production of rapid tests, and is providing tests free of charge to community health clinics and requiring private insurance companies to reimburse consumers for tests they buy.

It could do more, said Jen Kates, director of global health and HIV policy at KFF.

“They still haven’t gone to the next step and bought tests and sent them to every household, to really blanket the country with tests,” Kates said. That would prove especially vital if the U.S. does indeed experience a winter surge due to delta and omicron as anticipated.

Variants, especially delta, have caused more serious disease symptoms than other forms of the covid virus, exacerbating the challenge of battling the pandemic this year. Still, data shows that covid-related death rates were far higher among the unvaccinated than the vaccinated. The volume of people unwilling to get the shot because of vaccine hesitancy or misinformation may have contributed to the high number of covid deaths in 2021, which have surpassed 2020, said Kates.

In addition, covid vaccines weren’t widely available to everyone in the U.S. until May. Plus, during 2020, much of the U.S. was locked down at home, while many activities have resumed in 2021, with increased opportunities for viral spread.

Still, under Biden, according to the latest metrics, more than 61% of the U.S. population — and 72% of adults — have been fully vaccinated against covid.

“I think we should really be celebrating the 70% more,” Plescia said. “For adult vaccinations, we never get anywhere close to that number with other vaccines, like influenza.”

Yet, as the nation stares down omicron, the country braces for increasing cases amid continued uncertainty over when the pandemic will finally end.

Experts agreed the U.S. has made positive gains in its efforts against covid this year, but there is more work to do. Testing, continuing to encourage vaccinations and boosters in the U.S., and providing shots to the world — to help prevent future variants — are the only ways to reach a point where covid becomes endemic, they said.

“We are in a different place. Last year we needed vaccines. Now we need to get to the point where testing is the norm,” Wen said. “This is how we’re going to live with covid in our lives in the future and is how we as America will be able to move on.”

COVID in Cobb County from the report issued December 7, 2022