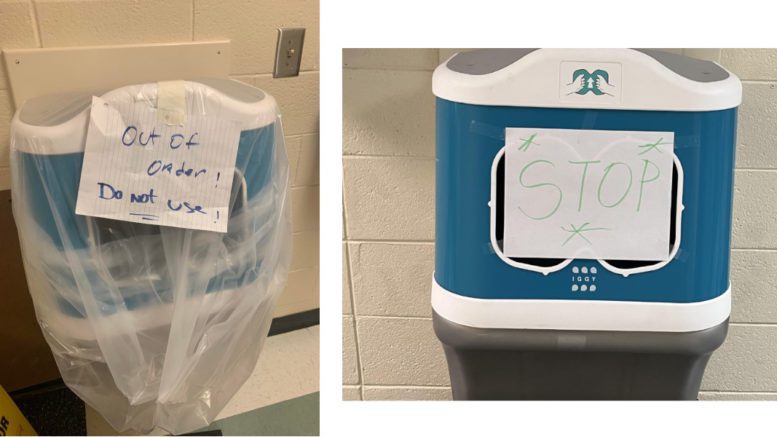 In another strained Cobb County Board of Education meeting Thursday, Superintendent Chris Ragsdale announced the district will no longer do contact tracing for COVID-19, except for undefined special circumstances.

The letter says, “Reporting of positive cases to DPH is still required under Notifiable Disease statutes. However, we know contact tracing has become more challenging as cases have increased in schools and throughout the community. While contact tracing is a “Best Practice,” particularly for high-risk individuals, we understand that this may not always be possible in all cases and so can be considered as an optional service in schools at this time.”

Ragsdale also said educators and staff can return to work after being identified as a close contact, as long as they are asymptomatic and wear a mask for the quarantine period. The district’s updated protocols are here.

The board approved David Chastain as the new chairperson with a 4-3 vote. He replaces Randy Scamihorn, who has been criticized during his tenure for comments on COVID-19 and immigrants, as well as the decision to hire Taylor English Law Firm as redistricting consultants.

Board member Jaha Howard nominated Tre’ Hutchins as chairperson and read a list of reasons for the nomination, most of which were jabs at contentious issues related to the board’s partisan split.

“I appreciate that Mr. Hutchins and I believe in the same things,” Scamihorn countered.

Charisse Davis, who participated in the meeting via phone, spoke in support of Hutchins’ nomination.

“I have already sat through a year of Mr. Chastain being the chair. I do not feel like that’s the leadership that we need,” she said.

After Chastain’s appointment, the board attorney recommended Scamihorn pass the gavel so Chastain could conduct the rest of the meeting. Scamihorn declined and continued to lead.

The board also chose controversial member David Banks as vice-chairperson for the third year in a row. Banks has come under fire for racist emails and using his official and personal email accounts to send parents COVID-19 disinformation.

Howard objected strongly to Banks continuing in the role, which led to a charged exchange with Scamihorn, a common occurrence over the last year.

“Mr. Banks has also had several concerning behavioral issues that have been discussed behind the scenes and, for some reason, he has continued to be nominated as chair,” Howard said.

Scamihorn disagreed with Howard’s comments, calling them “inappropriate” and calling to cut Howard’s microphone when he continued to speak.

“Do you feel powerful by doing that?” Howard asked.

“If you want to talk about issues with other members, you can do so in private. You criticize in private; praise in public,” Scamihorn said.

“It would be nice if you returned a phone call,” Howard responded.

Heather Tolley-Bauer of watchdog group Watching the Funds – Cobb told the Courier, “Their divisiveness has cost us millions of dollars in wasteful spending, decreasing student enrollment and an increase in staff vacancies. If this board cared about the concerns of its stakeholders, they would have voted differently for either board chair or vice chair. It’s clear where their priorities lie.”

The letter from Kemp and Toomey also offers an expanded Covid-19 testing program through the GaDPH at no cost to the district. Though the state testing program has been available since last fall, Cobb County School District has not implemented any onsite testing despite sending out a survey in August in which 79.25% of the respondents indicated they were supportive of the idea.

Watching the Funds – Cobb has been very critical of the district’s COVID-19 response and use of $160.2 million in American Rescue Plan funds. Member Stacy Efrat filed an open records request which revealed the district is using MERV-8 filters for ventilation, though MERV-13 is the recommendation for COVID-19. Rather than upgrade the system, much of the money was reserved for the Cobb Teaching and Learning System (CTLS), programs to address learning loss and staffing.

The group has also criticized Ragsdale’s decision to spend $12 million in 2020 on UV lights that ultimately malfunctioned and hand rinsing stations. The Iggy hand rinsing stations, which are still being installed, use aqueous ozone, which according to the manufacturer, neutralizes viruses and bacteria.

However, staff and students report many of the stations aren’t functional. Staff have also complained about regular soap and sanitizer not being readily available. Parents have purchased air purifiers for classrooms using their own money or through donations to school foundations.

Tolley-Bauer pointed out that the UV lights and hand rinsing stations were purchased when surface cleaning was believed to be more effective for COVID-19 mitigation. She doesn’t understand why the district didn’t pivot to stopping airborne transmission.

“Now, at more than $14,000 a unit, some are installed and aren’t even working period. Also, we understand there is a process for using these sinks correctly for them to be useful. And did anyone ask the teachers or administrators if they could effectively use these devices with young children? $12 million on this and defunct UV lights would have bought a lot of soap,” Tolley-Bauer said.

Cobb School-Aged COVID data for the past week

South African scientists on the inside story of discovering omicron – and what their experience offers the world about future variants. Podcast