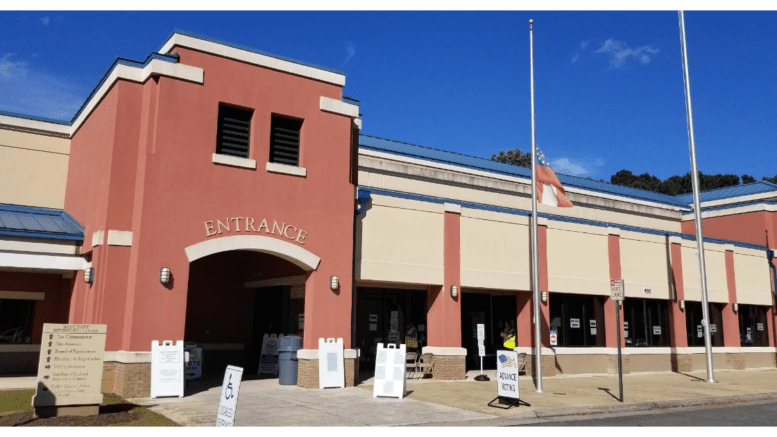 The Southern Poverty Law Center announced its participation in a lawsuit against new congressional district maps, that, among other things, put the majority Black and Democratic Powder Springs and Austell areas into the 14th District, represented by Marjorie Taylor Greene, who has a history of racist comments.

The suit also targets the 6th and 13th districts, which were drawn to dilute the voting strength of mostly Black voters, who have a history of supporting Democratic candidates in elections.

We’ve reprinted the press release from the SPLC below:

ATLANTA – Voting rights groups and Georgia voters filed a lawsuit in federal court today charging that the 6th, 13th, and 14th Congressional Districts of Georgia violate the Constitution and unlawfully diminish the voting power of voters of color.

The lawsuit highlights both the long history of the white majority in Georgia using racial discrimination to maintain political power and the persistent need for the federal government to step in to ensure maps allocate political power in a way that does not violate federal law or the Constitution. The suit charges that the newly drawn congressional map violates the Fourteenth Amendment to the U.S. Constitution by intentionally denying Black communities in Georgia representation and therefore equal protection of the law.

The case, Common Cause, et al. v. Brad Raffensperger, et al., was brought on behalf of Common Cause, the League of Women Voters of Georgia, and individual Georgians. They are being represented by the Southern Poverty Law Center (SPLC) and Dechert LLP. The complaint filed today can be found HERE.

“The Georgia legislature has ‘cracked’ and ‘packed’ communities of color in the congressional districts map, denying voters of color an equal voice in elections,” said Jack Genberg, senior staff attorney for the SPLC. “This map must be remedied to prevent harm to Georgia’s communities of color for years to come. These unlawful districts would diminish communities’ ability to advocate for fair treatment and allocation of funds from their government.”

“We continue our longstanding commitment to ensuring all eligible voters are fairly represented and able to meaningfully participate in the political process without having their votes diluted,” said Hartley West, Partner with Dechert, LLP.

The complaint explains that:

The runoff for Georgia House District 34 will be decided tomorrow

Letter to the Editor: Republican elected officials put politics above safety and well-being of citizens

Candidates qualifying for Cobb County offices in the May 24 primary

From the editor: All quiet and smooth at four South Cobb polling sites