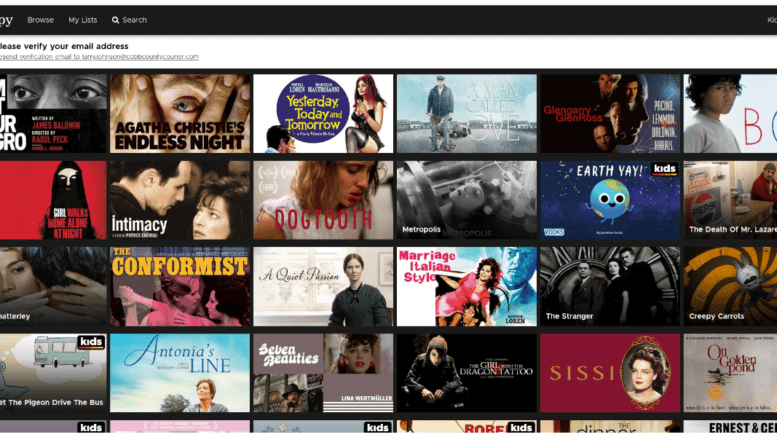 Kanopy has an amazing array of movies and documentaries, from the Orson Welles classic “The Stranger,” to a documentary on Frantz Fanon.

Other things you’ll find browsing the service are dozens of children’s movies and educational videos (“French for Kids” for example, along with “Spanish for Kids,” and “Italian for Kids”).

One movie on their roster of particular interest to me, as a fan of old detective novels, is Robert Mitchum’s portrayal of Raymond Chandler’s private eye Philip Marlowe in 1975’s film noir classic “Farewell my Lovely.”

You can get to the menu of streaming services the Cobb Public Library offers by logging in with your card number and password, selecting “Research and Digital,” and from there going to “Streaming Content.”

You’ll see Kanopy and Kanopy Kids along with nearly a dozen other streaming services.

You’ll have to register for the Kanopy account separately, but it only takes a few minutes, and then you’re ready to binge-watch.