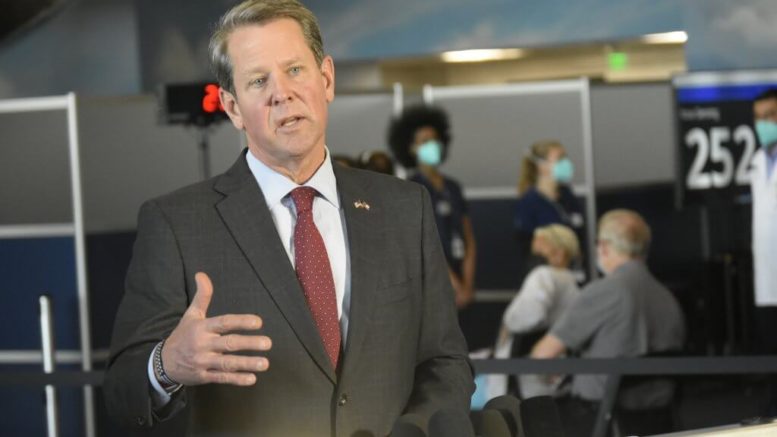 A Fulton County judge will decide whether Georgia Gov. Brian Kemp must testify before a special grand jury after prosecutors and state attorneys sparred in court Thursday over the investigation into possible interference in the 2020 election.

Kemp’s attorneys argued before Superior Court Judge Robert McBurney that Kemp is protected under state law from forced compliance with a subpoena. Fulton prosecutors issued the subpoena after their negotiations with the governor’s lawyers for a voluntary appearance turned sour.

Kemp’s legal team has accused Fulton District Attorney Fani Willis of targeting Kemp for political reasons and argues the governor shouldn’t have to appear before the jury until after the Nov. 8 election when Kemp faces a challenge from Democratic nominee Stacey Abrams.

Kemp was originally expected to provide the special grand jury with his videotaped testimony back in June, but the cooperation dissolved into bickering between the Republican governor and the Democrat-led district attorney’s office.

After the 2020 election, Kemp refused to call a special legislative session requested by President Donald Trump and allies in order to block the certification of Democrat Joe Biden’s win. Willis wants to ask Kemp about the pressure Trump and his allies heaped on him to call a special session of the Legislature to overturn Joe Biden’s Georgia victory.

Since its June convening, the special grand jury has reportedly heard from dozens of witnesses, including Trump’s personal lawyer Rudy Giuliani and Georgia Secretary of State Brad Raffensperger. The 23-member panel will recommend whether prosecutors should pursue criminal charges related to efforts to overturn the 2020 presidential election.

The governor’s lawyers said Kemp can’t be forced to testify about activities he performed under his official duties as governor because he’s protected by sovereign immunity.

Kemp’s lawyer Derek Bauer told McBurney that since the special grand jury cannot indict people as a regular grand jury can, its investigative role is considered a civil matter, so the governor is exempt from complying.

McBurney asked the state’s attorneys several times why this wasn’t a criminal investigation, similar to how police officers and the Georgia Bureau of Investigation also cannot indict.

The judge said there is no indication that Kemp is anything more than a potential victim who was targeted by Trump’s allies.

Kemp’s lawyers said he has been put in an uncomfortable position while trying to uphold the state constitution. The push to grant Kemp sovereign immunity, a legal concept dating back to the British doctrine that the king could do no wrong, led to a quick exchange between Bauer and the judge.

“The governor is not above the law,” Bauer said. “He’s just the king,” McBurney interjected.

Bauer responded, “he’s the state, he’s not the king.”

“We’re not looking for an unnecessary fight but he has to protect future governors from overzealous district attorneys,” Bauer said.

“In the district attorney’s request to (empanel), it clearly says over and over that there could be possible criminal disruptions to the state,” Wakeford said.

Both sides Thursday continued their dispute over why agreements for Kemp to voluntarily testify in June and August eventually disintegrated into the governor’s  unwillingness to answer questions.

Kemp attorney Brian McEvoy accused prosecutors of not being willing to go over the scope of the investigation beforehand, thereby putting Kemp in a bind.

In a terse letter last week, Willis chided Kemp and his attorneys.

“I never heard of a subpoena because we had been operating in good faith for over a year and then I heard a change in tone (from prosecutors),” McEvoy said during Thursday’s two-hour hearing.

Prosecutors insist that they are unwilling to comply with state attorneys’ demands to provide questions beforehand.

Wakeford said Kemp’s role wouldn’t have attracted as much attention if he wasn’t publicly fighting the subpoena.

It is likely that publicity about Kemp’s potential testimony would have remained low key if he had simply followed through with the terms he had agreed to with testifying earlier this month.

“There wouldn’t have been a story, no controversy,” Wakeford said.

State attorneys representing Kemp indicated if McBurney upholds the subpoena they will appeal.

Fulton prosecutors have been busy over the last month fending off a flurry of attempts to block subpoenas made by Kemp, U.S. Sen. Lindsey Graham and members of Trump’s inner circle, including Giuliani, who spent six hours on the stand last week.

In a ruling Thursday, McBurney denied motions to quash subpoenas issued to 11 Georgia Republicans who, during a secret December 2020 meeting at the Capitol, served as fake Republican electors and cast illegitimate votes for Trump.

In the meantime, Graham scored a legal victory over the weekend when the 11th Circuit Court of Appeals delayed South Carolina official’s testimony.

Graham’s attorneys have been asked to submit their final arguments next week before Judge Leigh Martin May who will decide how much Graham can be compelled to talk about since there are congressional protections regarding speech and debate.

As the Fulton case unfolds, a similar U.S. Justice Department investigation is underway and a special U.S. House committee continues to examine the events leading up to the January 6, 2021 attack on the U.S. Capitol.

Gwen Keyes Fleming, former DeKalb County District Attorney, said Willis and her team are focused on uncovering facts as they would in any other case.

“We all know as things heat up, defensive attorneys are required to zealously represent their clients and we would not expect anything else in this case,” she said during a briefing hosted by the States United Democracy Center. “Prosecutors are used to that dynamic, and Fani’s team will continue to move forward in a very deliberate and cautious fashion to be able to bring justice to the citizens of Fulton County.”