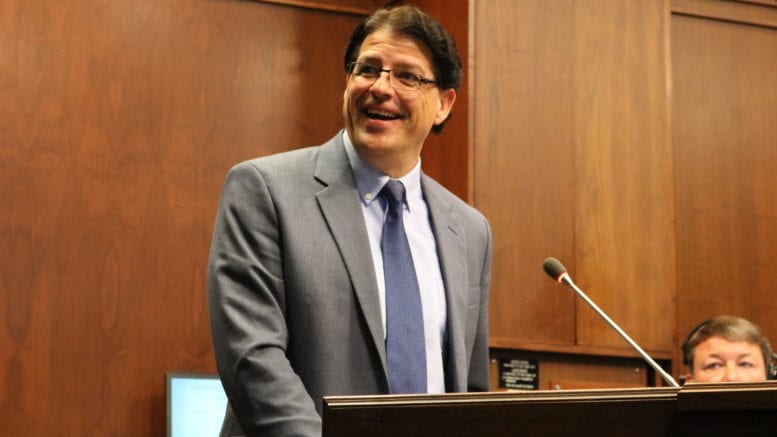 The Cobb County Police Department is being considered for a project in a model of community policing called “co-production.”  Mitchell Weinzetl, Senior Program Manager for the International Association of Chiefs of Police described co-production as “community policing on steroids.” While the approach has been popular recently and is just now becoming widely known, it was coined in the 1970s by Nobel-prize winning economist Elinor Ostrom, who studied why crime in Chicago went up when officers stopped walking beats and began patrolling by automobile.

While traditional community policing emphasizes officers getting to know people in the community, co-production also involves citizens in the development of police policy and procedures.  Ben Williams of the Cobb chapter of the Southern Christian Leadership Conference, speaking during the public comment section of the BOC meeting, said co-production “simply means working together to get stuff done.”

Weinzetl announced the possible project when he presented the IACP’s Cobb County, Georgia Police Department, Police Operations and Management Study delivered to the Cobb County Board of Commissioners at their regular Tuesday morning meeting.  The study was described on the BOC agenda as follows:

On January 26, 2016, the Board of Commissioners directed the Director of Public Safety to
inventory and evaluate the policies, practices and on-going activities within the Police
Department. It was determined that an outside agency should be utilized for an objective and
impartial assessment of the scope and goals. A Request for Proposals was issued, and
subsequently, on June 28, 2016, the Board of Commissioners approved a contract with
International Association of Chiefs of Police for a Police Policy Assessment of the Cobb County
Police Department.

Weinzetl said “This money (for the co-production project) kind of fell into our lap.  It was unusual, we haven’t had this occur before.  It really does present a unique opportunity for us to do a deeper implementation than we can typically do due to financial limitations.”

Weinzetl said that if the time necessary for police to interact with the community isn’t available, “it takes us away from that opportunity to build non-enforcement contacts, to build relationship-type contacts where we start to develop trust and legitimacy and confidence in the community that ‘these are real people and they’re right here with us, and they’re doing this with and for us.  The capacity of the officers to get to that point where they can actually dedicate that kind of time consistently has to change in order for that process to move.”