While the City of Smyrna is rapidly growing and has become of the hottest real estate markets in Georgia, city planners are busy looking far ahead toward what Smyrna will look like more than two decades from now.

Staff members are in the process of creating the Guide Smyrna 2040 plan, a comprehensive plan the state of Georgia requires cities to compile once a decade. The study involves citizen input and long-range planning in the areas of transportation, housing, economic development and land use.

Much of the work has already been completed, such as a survey which found that most people say Smyrna’s close proximity to Atlanta is its greatest asset. Other assets included the small-town feel and sense of community. Perhaps not surprisingly, traffic was identified as the city’s greatest challenge, followed by quality of schools, a lack of transportation choices and access to transit. 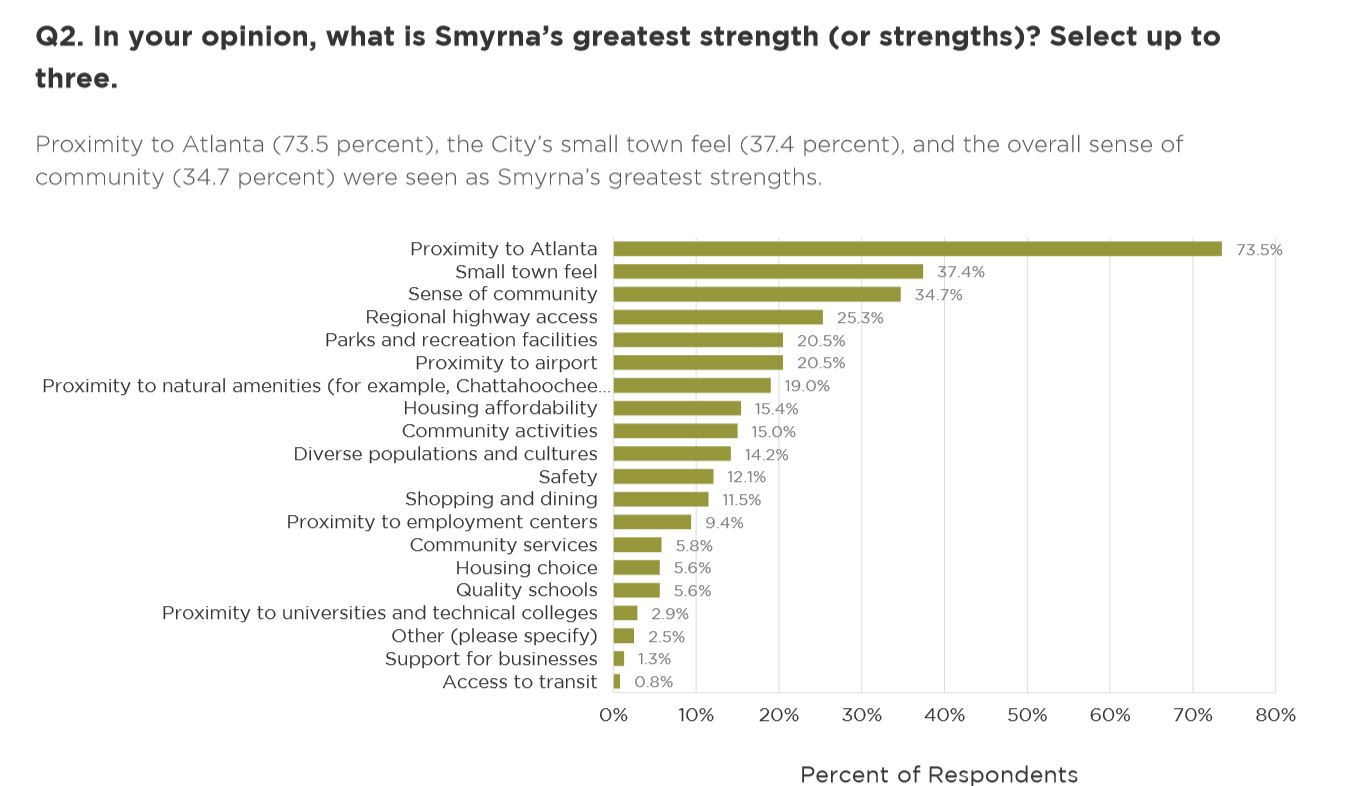 Thursday evening an open house was held at Brawner Hall for citizens to provide further input into the plan. Displayed throughout a room in the building were display boards with bits of information already collected during the study. Anyone attending was given information, asked to put a sticker on a map to show where they lived and invited to write down feedback.

Why is this plan being developed?

“The state requires us to have a 10-year plan, and along with that we have to create a five-year work program,” said Rusty Martin, project manager for the 2040 plan. “Every 10 years we do a complete update of the plan, at which point we address any deficiencies, although we can update the plan at any point if there are issues.”

The survey found that MARTA expansion into Smyrna and Cobb County was the most popular potential transportation improvement, followed by coordinated traffic signal timing. Bob Summerville, a planner in the community development department, said the city will definitely need to coordinate with county and regional authorities to address its transit issues.

“The biggest transportation mode right now is a single person in one car,” said Summerville, a recent transplant from Chico, California. “You can imagine what that translates into gridlock. So what’s the city doing about that? They’re looking at different modes of transportation, such as transit.”

The new study serves as an update to the 2030 comprehensive plan, which was compiled in 2007. Along with the long-range plans, the city will compile a list of five-year goals which will be studied again in 2022.

Martin said one issue is that about 26,000 people leave the city each day for work, but another 18,000 or so drive into Smyrna. In a perfect world, those people would live closer to where they work, although leaving the city does not always mean traveling to Atlanta or points south.

“You have people who are going to Home Depot headquarters or the Cumberland CID area,” said Martin. “It’s not in the city but it’s not a long commute.” 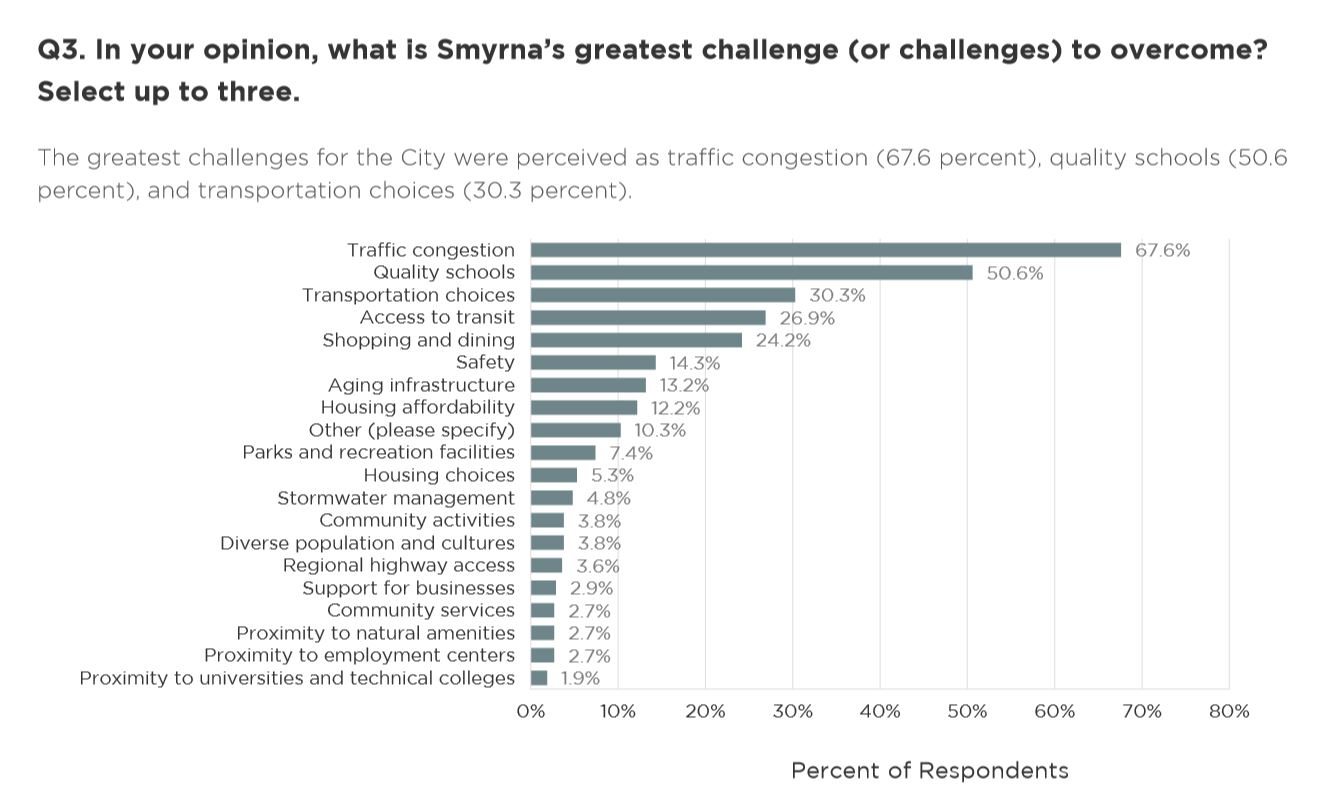 Another long-range challenge for city planners will be encouraging economic development and job growth within the city limits. As it stands, more than 94 percent of residents leave the city for their job.

Smyrna is likely to remain mostly low-density and suburban even into 2040, according to city planners. There is very little undeveloped land inside the city limits so any construction will be in the form of redevelopment. Currently, the highest residential density allowed is 15 units per acre.

What is the next step for the 2040 comprehensive plan?

The plan will be updated based on input received at the meeting. It will go before the Smyrna Planning and Zoning Board July 10, then to the full city council July 17. Following review by the state and the Atlanta Regional Commission, a final plan will go back before the mayor and council Oct. 2.

At tense meeting, Acworth board approves rezoning, annexation of property for development