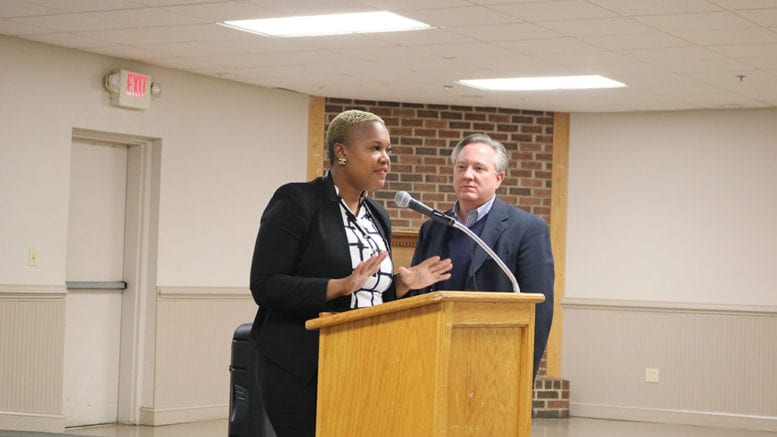 Safety on Veteran’s Memorial Highway, the upcoming landscaping of the entranceway into the Riverside community at I-20, and Georgia’s adoption laws were among the issues taken up by speakers at a Town Hall meeting hosted Thursday evening by state representative Erica Thomas of House District 39,  at the South Cobb Community Center. The speakers included state senator Dr. Michael Rhett, Cobb County Commissioner Lisa Cupid, and Smyrna city councilman Doug Stoner, who serves as the chairman of the South Cobb Redevelopment Authority. 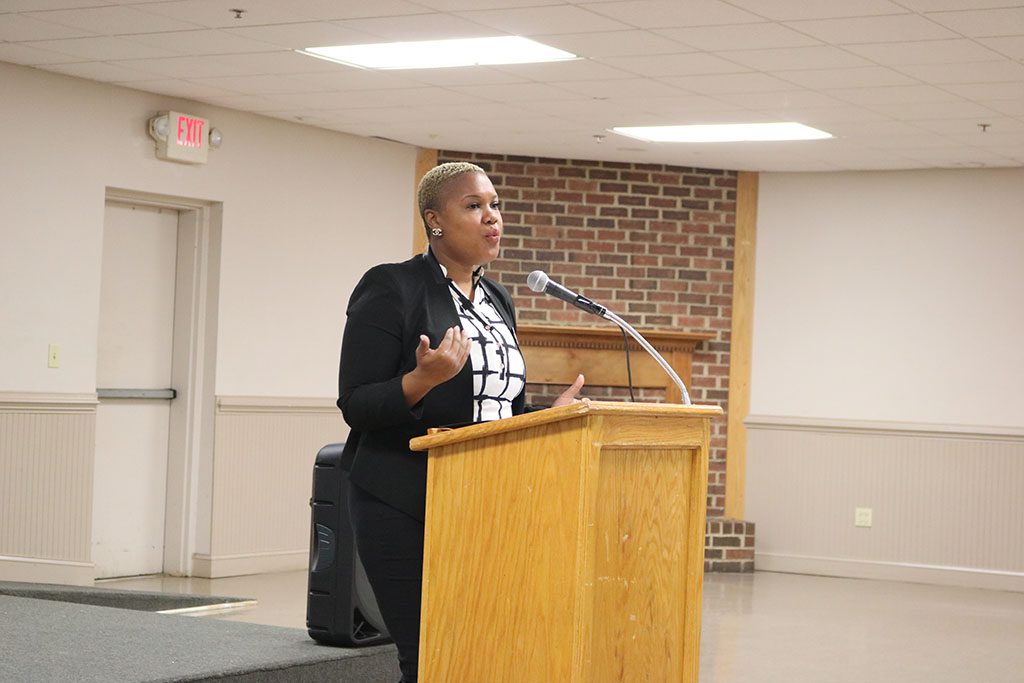 Thomas introduced the elected officials who were at the meeting, and told the crowd that the legislative session in Georgia, by law, starts on the second Monday in January.  She said, “We go for 40 legislative days … and our legislative session is projected to end March 29 … One bill I am really, really pushing for is what I call the Edna Law.”  She said the law would allow police who patrol public elementary and secondary schools to use speed detection devices to catch speeders in school zones.  The bill is named after Edna Umeh, a crossing guard who was killed by a speeding driver in front of Lindley Middle School last November. 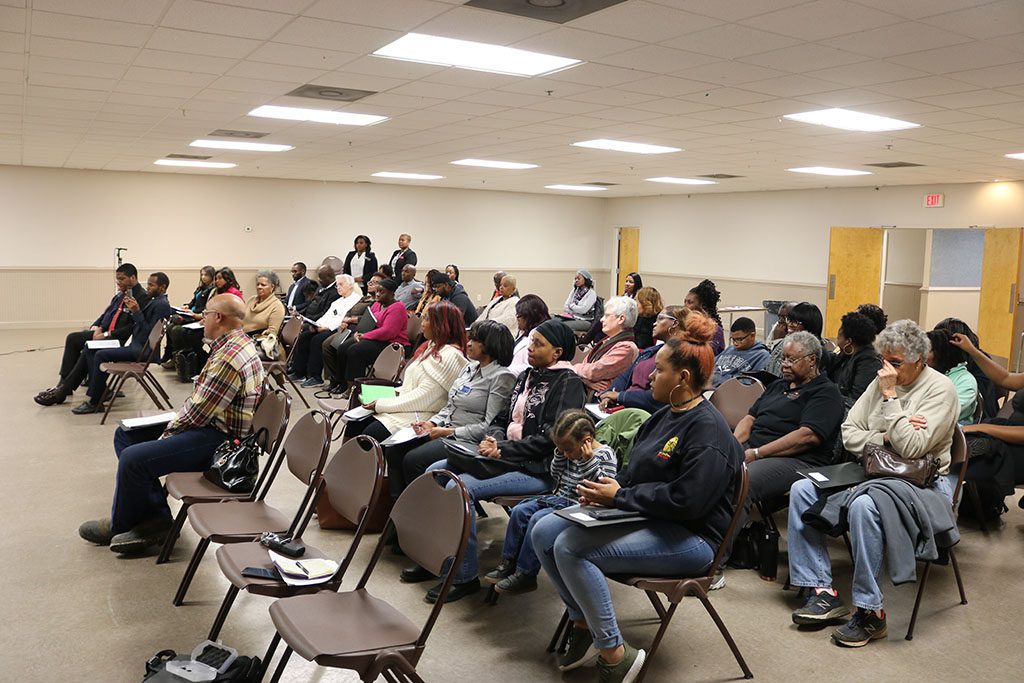 The next bill Thomas talked about is legislation to change Georgia’s adoption laws.  She said the number of children in foster care has doubled since 2015 because existing rules make the process slow.  The bill would give mothers who were declared unfit by the court system the ability to choose power of attorney for the child. “It would allow, for example, if a mother was labeled unfit by the court system, and she wanted to be able to  say ‘I want to give power of attorney to my best friend  Sarah,’ instead of my child going into the foster system, or ‘my great aunt  Jeanne’, for example.” 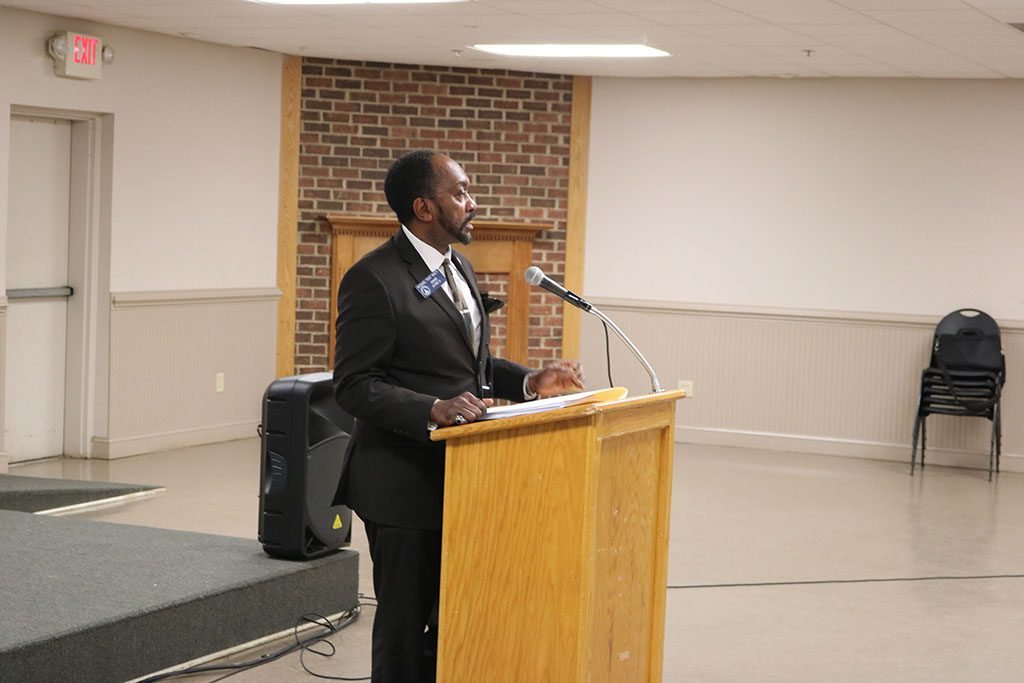 State Senator Michael Rhett began by saying that the Republican majority in the Senate often kills a bill introduced by a Democrat and then resubmits it as Republican legislation.  He said a recently introduced hate crime bill was an example of this practice.

Rhett said he is working on legislation to solve the problem of “bank deserts” Bank deserts are communities with no nearby banks.  He told about his difficulty in finding a bank to withdraw money to buy supplies for a “back to school jam” at the Six Flags Recreation Center.  The legislation he is working on would facilitate the placement of banks in underserved areas, and allow counties and municipalities to deposit funds targeted for projects in the areas into those banks.  It would also set up procedures and incentives for banks to work with special tax allocation districts in those communities. 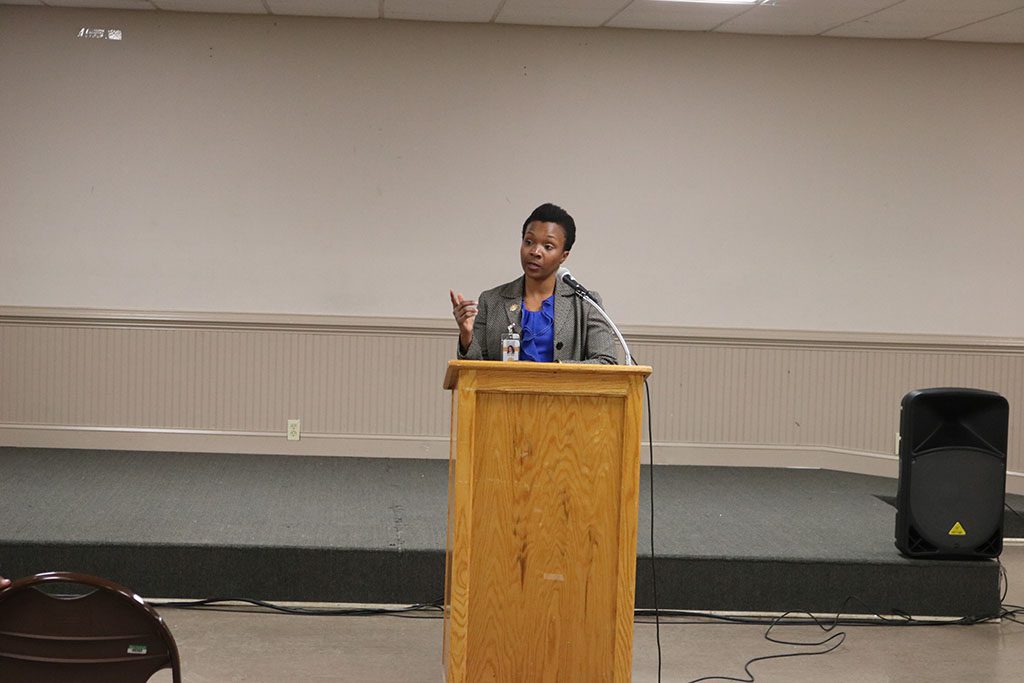 District 4 Commissioner Lisa Cupid talked about the empty Kmart at the intersection of Veterans Memorial Highway and Floyd Road.  She said a potential buyer intended to put a storage facility on the lot. “I hear the moans and groans because they heard my moans and groans, because that’s a highly visible area of Mableton, and to me, with the amount of traffic we have here, and the amount of development and improvement that we’ve had along Floyd Road, (a storage facility) was not something that I could support.”  She said the developer of a storage facility on the site of a former Target on Austell Road arranged for townhomes to be built in the parking lot facing the road, to provide a higher quality view from the road than a bare storage facility would have presented.  She suggested to the proposed buyer of the Kmart property that something similar be done on that site.  Since then, the buyer has had difficulties acquiring the property, she said, so the building continues to be empty for now.

Cupid encouraged residents to get involved in zoning issues in the community.  She invited the town hall attendees to her community zoning meetings, held every fourth Wednesday at the South Cobb Community Center. 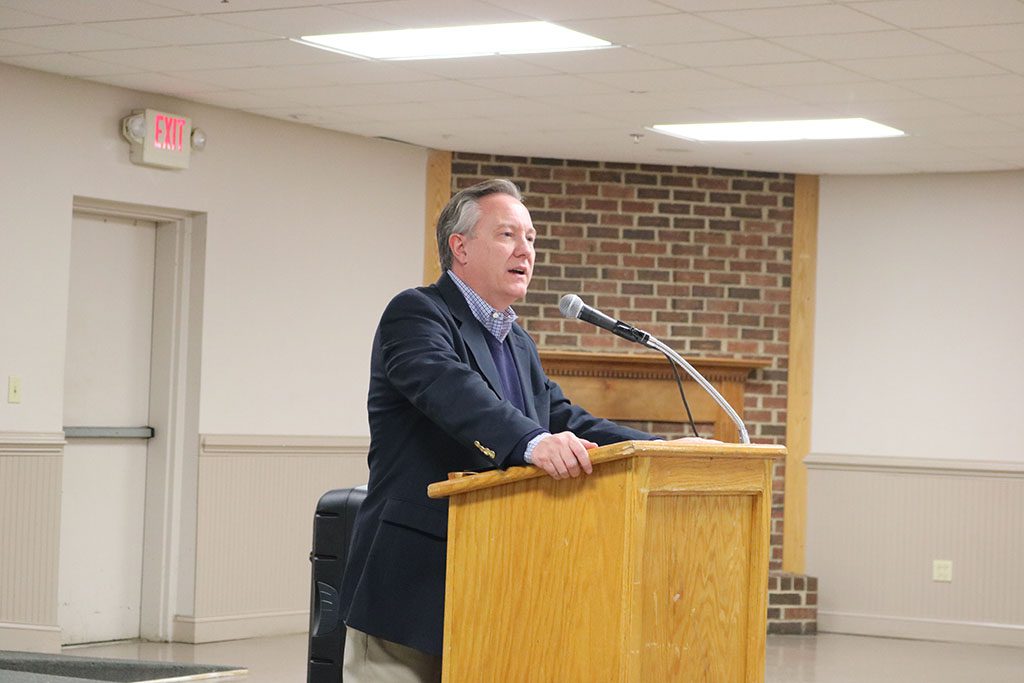 Doug Stoner, who is both a Smyrna City Council member and the chairman of the South Cobb Redevelopment Authority, spoke next.  He said that the SCRD is a state authority created in 2011 when he was in the state senate to partner with the county.  He said the significance of that is that a state authority has “certain powers beyond the county that allows us to do some of these things down here in South Cobb.”   The focus of the Authority is the Riverside community near Six Flags, but its legal borders are much larger, he said.

Stoner described a project, which had just gotten approval from the Georgia Department of Transportation, to landscape and improve the appearance of the roadways where I-20 traffic exits into the Riverside community, which serves as a gateway into that area.  The project is being funded by a voluntary tax levied on businesses in the area, and will start in three to four weeks, and take about six months to complete, he said.

Stoner said that residents can get more information on this project, and other projects of the South Cobb Redevelopment Authority, by visiting the website SouthCobb.org.

Baldwin Paving and neighbors meet about conflict over concrete crushing