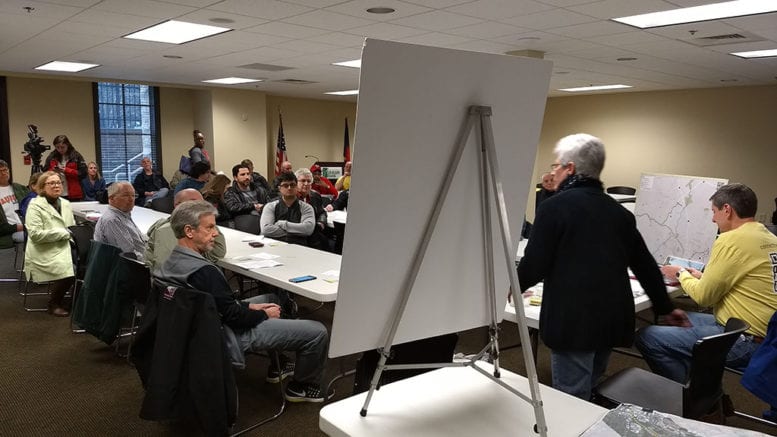 Similar to the situation last year, Connect The Comet is hoping for some good news from the Georgia General Assembly ahead of Sine Die — the traditional name for the last day of the 40-day legislative session — which is scheduled for March 31 this year.

“2017 was a great year for making progress,” Wendell Burks said during a Sunday evening meeting of Connect The Comet, which drew more than three dozen people to Vinings Bank. “Here we are in 2018, the question now is, ‘where are we?’.”

Burks and other organizers are optimistic a connection between the Silver Comet Trail and the Atlanta Beltline will be made at some point, but admitted there’s no guarantee the project will ever happen.

Among the attendees were runners and bikers, local homeowners associations, lawyers, commercial property owners, architects and interested residents from both Cobb County and Atlanta who hoped to see the project come to fruition.

For better or worse, it’s now in the hands of state legislators.

CSX is in the middle of negotiating a lease renewal with the State of Georgia for railroad right of way, a negotiation process that could result in the railroad handing over the roughly six miles needed to connect the Silver Comet Trail to the Atlanta Beltline. The official meeting agenda said it has been confirmed that the move is a “deal point” in the state’s discussions with CSX.

The rail line itself has sat largely unused since 1988, though CSX has been reluctant to sell or even negotiate the idea of selling the track. Much of the rest of the former Atlanta-to-Birmingham route was converted into the Silver Comet Trail in Georgia, and the Chief Ladiga Trail in Alabama, over the last two decades.

While Burks and Connect The Comet leader Roberta Cook did not have much hard news to share with the group, there has been a lot of development behind the scenes in recent months. 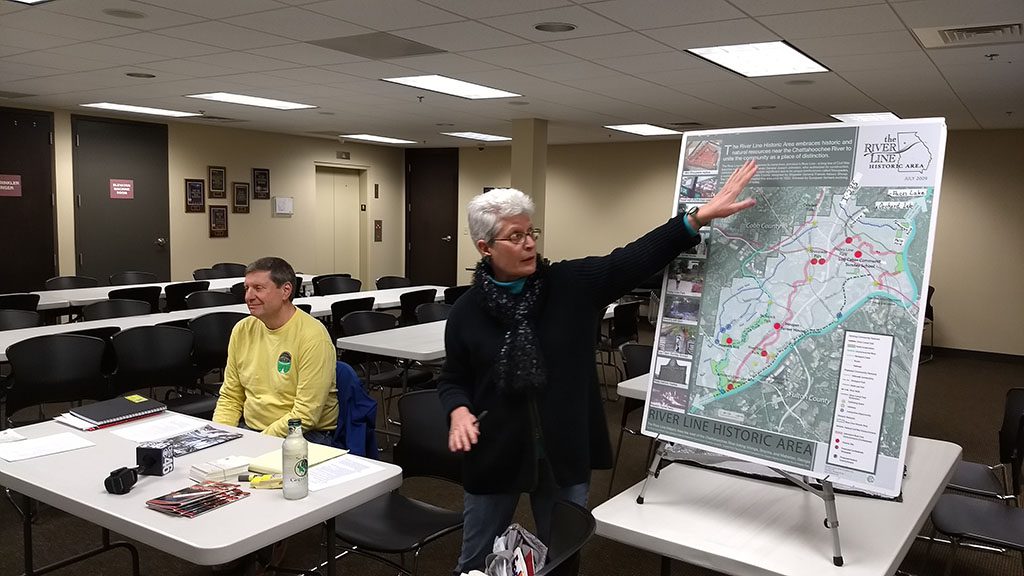 For one, CSX welcomed not one but two new CEOs during the last year. An activist shareholder took over the company and E. Hunter Harrison became new CEO in March. Harrison died unexpectedly in December, and was subsequently replaced by Jim Foote, who pledged to continue Harrison’s vision.

The company also is considering the sale or lease of up to 8,000 miles of track, according to Trains magazine, as it looks to cut costs and boost profitability.

Locally, Burks reported that CSX has installed new ties and ballast north from Howell Mill Road to South Atlanta Road, indicating that portion of the path may not be up for trail use anytime soon. The company has also re-activated Howell yard and shut down Tilford yard.

At the same time, Burks and Connect The Comet member Tony Aeck said that even a two-mile extension of the Silver Comet Trail to Plant Atkinson Road would be critical, bringing the trail past several major roads and inside the I-285 perimeter. From there, a new path to the Atlanta Beltline could potentially be found.

The rail company’s lease with Georgia ends on Dec. 31, 2019, which means it theoretically could be left off the table this year and renegotiated during next year’s legislative session. However, Burks said he’s confident that both parties want to get the process finished by the end of Gov. Nathan Deal’s term, which expires this year.

If CSX was to hand over control of the rail path to the state for potential trail expansion, the move wouldn’t become official until Jan. 1, 2020, though the railroad could theoretically allow for construction to begin sooner. Whether or not the connecting project moves forward is largely up to the railroad company.

But if all goes well for Connect The Comet supporters, that obstacle could be removed in part or even in whole by the end of March.