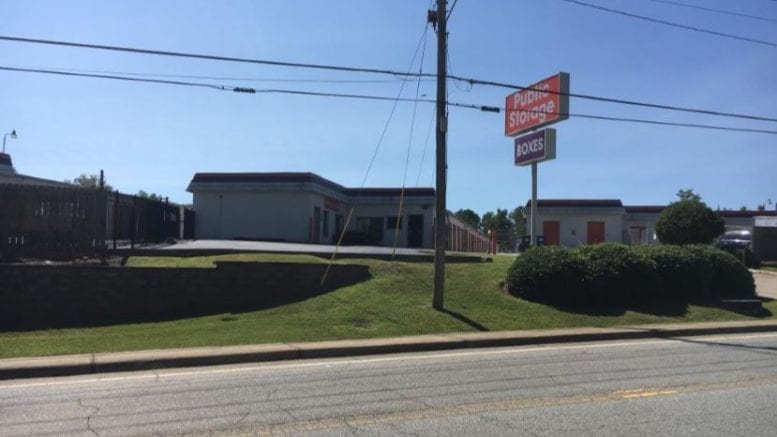 For the second straight meeting, Smyrna’s city council sat through a long round of comments before rejecting a development near downtown.

Last time around it was a four-house development that got the ax. This time the council denied, 5-2, a proposal for a 140-foot Verizon Wireless cell tower. Council members Ron Fennel and Doug Stoner voted to approve the tower, with the rest of the council voting no.

The tower would’ve been located at 1700 Roswell Street, near historic neighborhoods including Davenport Town and Williams Park, on a site currently owned and occupied by a storage facility company. 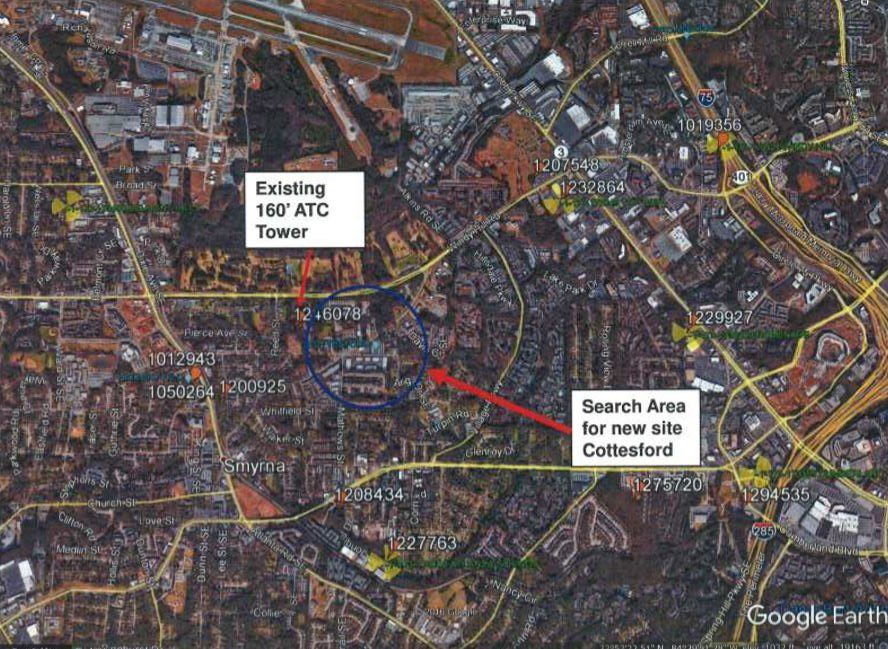 Map of proposed site — from the City of Smyrna

Troutman Sanders attorney Jenna Lee represented Verizon and presented the company’s case both for the tower’s need and its proposed location. Lee told the council 140 feet was the “absolute minimum” height the tower could be while providing adequate coverage.

While there are six existing towers within a two-mile radius, the new one aimed to improve LTE coverage, providing faster mobile internet. Lee said the company had gotten complaints from cell users in the area, and presented coverage maps showing weak coverage in the immediate area of the tower.

Lee explained why alternate locations were not suitable, citing issues like height restrictions and towers that were too far away from the area of need. Height was an especially big issue given the proximity to Dobbins Air Reserve Base.

“Verizon’s activity is driven by demand,” she said. “We always try to find the best possible location.” 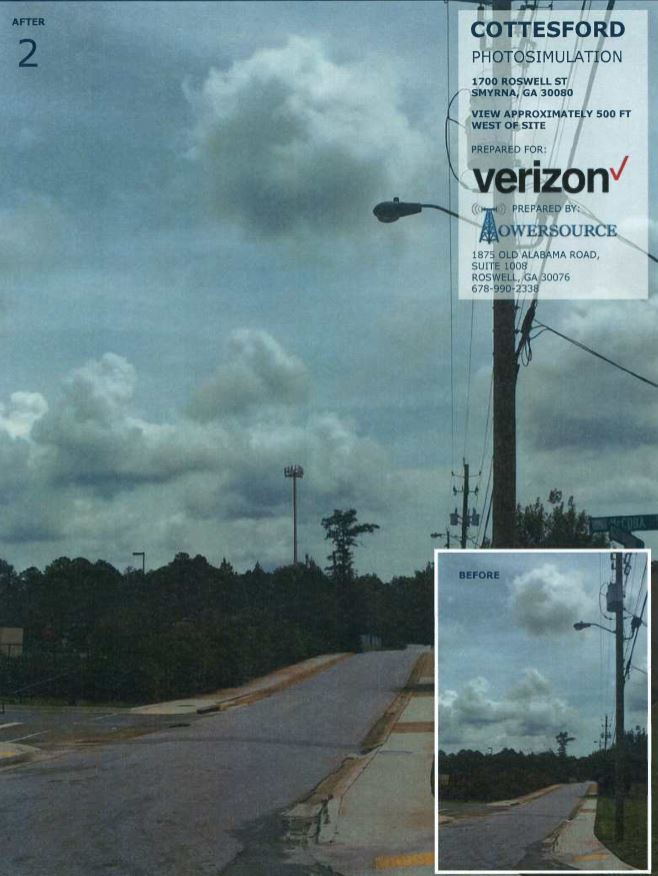 Photosimulation of proposed tower — from the City of Smyrna website.

However, no fewer than eight area residents spoke up to suggest they’d prefer a different location, or simply no tower at all.

Arguments against the tower included health concerns, traffic, decreased property values and a potentially negative effect on economic development. An anti-tower petition with 264 signatures was also presented to the council, and several said they’ve had no issues with cell reception in their neighborhood.

Another commenter noted the city recently passed a hands-free driving ordinance, which would presumably reduce cell data demand in Smyrna.

“It’s the best possible spot for Verizon,” said Ron Davis, another local homeowner. “It’s not the best site for Williams Park, Rose Garden, Davenport Town and the City of Smyrna.”

The debate took more than an hour, and Verizon’s representatives came back up following the public comment to try and address concerns raised by citizens.

“I don’t know about you guys, but I’m tired,” said council member Maryline Blackburn, who represents the area where the tower would have gone. “That was a lot to listen to.”

She then moved to reject the proposal, and the council denied the tower request.

Smyrna City Council meets in person — with many changes