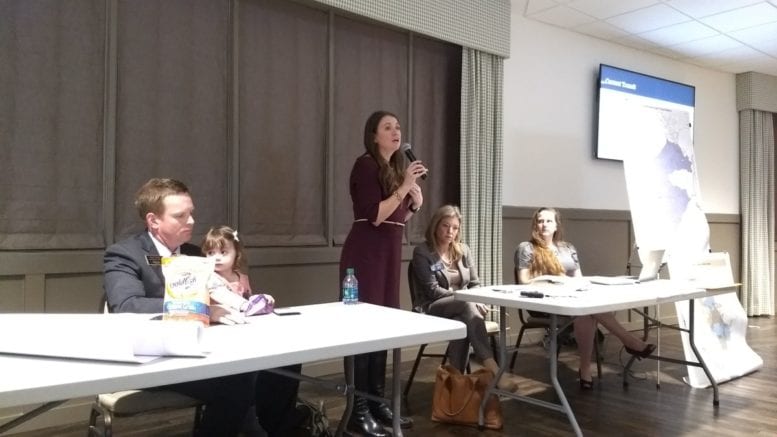 There is definitely a lot of interest in the public transit debate in Cobb County.

Monday night, a standing-room-only crowd showed up at the Smyrna Community Center to learn more about two bills that could open the door to regional, state-supported transit in the metro area. While a solid majority raised their hands when asked if they like the idea of expanding transit, the sentiment was far from universal.

State Rep. Teri Anulewicz (D – Smyrna) and State Senator Jen Jordan (D – Atlanta) were the headliners at the event, explaining the “inside baseball” of HB 930 and SB 386, two similar bills that would create a regional transit authority known as the Atlanta Transit Link, or “The ATL.”

The bills differ regarding the makeup of an oversight board and in whether to split the region among county lines or into special transit district, among other things, and the House bill is much longer than the Senate version. Anulewicz and Jordan said both bills are expected to pass on Wednesday, and then a final version will be hammered out for a vote before the 2018 legislative session wraps up March 29.

While the solution isn’t obvious, the problem is.

“There is not really a seamless way to move people through metro Atlanta,” said Anulewicz, a former Smyrna city council member and major transit advocate.

>> Read the previous article The ATL: How transit could finally take off in Cobb County

After searching on her phone, she noted that driving from Smyrna to downtown Atlanta takes 23 minutes by car, and 2 hours and 20 minutes via existing transit systems. Anulewicz also likened transit in Atlanta to the Savannah port expansion project in that it benefits the entire state and its economy.

Both bills aim to place all 11 metro Atlanta transit agencies under the purview of The ATL in an effort to seamlessly integrate transit between counties. “If you’re a commuter, you don’t care whose name is on the bus,” Anulewicz said.

State funding would come from a .50 cent tax on Uber/Lyft rides and a 1 percent tax on airport concessions. However, under both bills no county or district would be required to add new taxes in order to expand transit. Instead, the issue would go before voters, and it’s possible only certain portions of Cobb, such as the Cumberland and Six Flags areas, could end up with a 1 percent sales tax for transit expansion.

Setzler spoke briefly and said that Cobb could raise $140 million per year with a 1 percent sale tax, but also expressed fears that money raised in the county may not stay there. 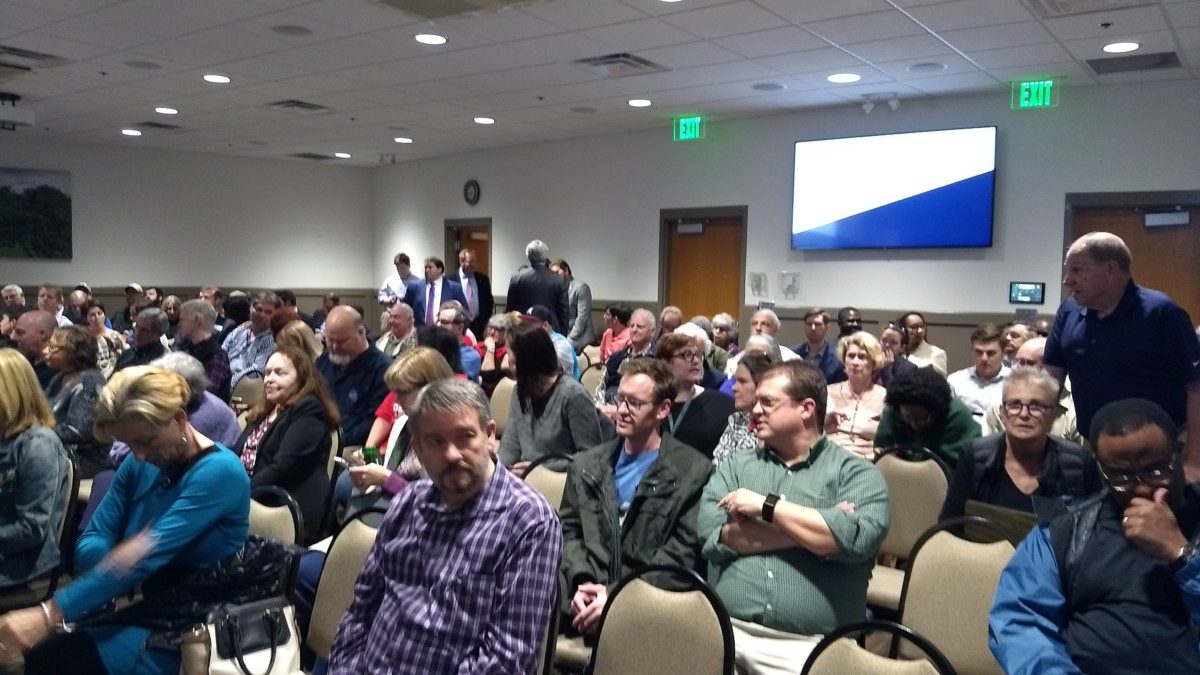 Public comment was varied but mostly centered on two aspects of transit. The first was that major employers now want to be located near transit lines, and the second was the need to serve poorer residents who may not be able to afford a car and endure hellish commutes in Atlanta’s fragmented public transit landscape. Cupid argued that the two don’t have to be separate issues, saying “economic development does not have to be exclusive of mobility.”

A few members of a startup group called Transit 4 Cobb (transit4cobb.org) spoke to make the case for transit expansion, and a woman with grandchildren said that Cobb held a vote on joining MARTA when she was 18, which she considered a major missed opportunity.

Jordan said at the end of the meeting that another town hall could be scheduled once a more concrete version of the bill is ready.

One thing that’s obvious is there is lots of interest and many opinions on the issue of transit. Organizers had to cut off public comment after the meeting hit the two-hour mark, and plenty of attendees hung around afterward to speak directly with public officials.