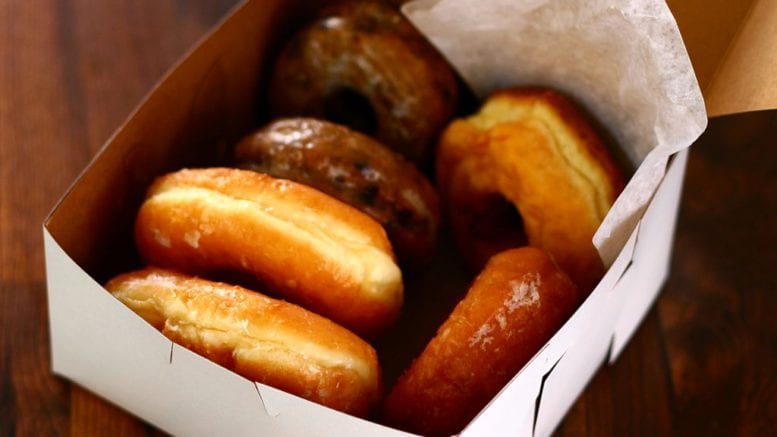 Nearly everyone knows the stereotype about police and donut shops.  The humor involving law enforcement and donuts began at a time when donut shops were among the few businesses open all night.  Since police have always worked around-the-clock hours, those shops became hangouts for police during their breaks.  The donut shops, of course, encouraged this.

Well, on Friday, June 1 (which is National Doughnut Day) between 5 a.m. and 11 a.m officers from the Kennesaw Police Department will be making good use of that stereotype at the Dunkin Donuts at 4100 Jiles Road in Kennesaw, collecting donations for the Law Enforcement Torch Run to benefit the Special Olympics.

For more information visit the Kennesaw Police Department’s announcement of the event on Facebook.