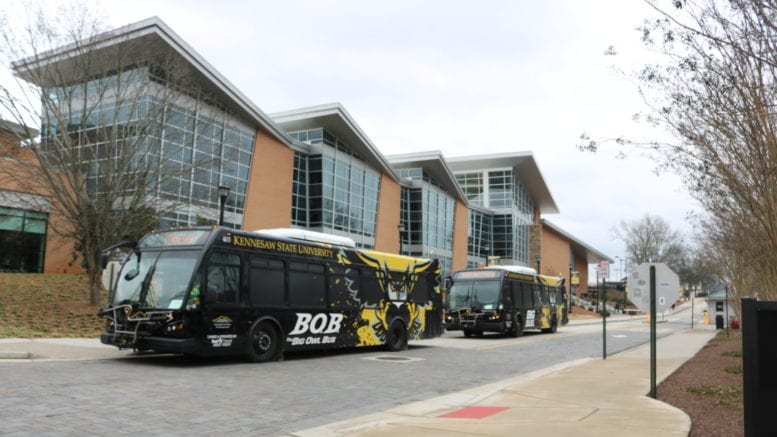 Increasing diversity and inclusion in STEM subjects at Kennesaw State

Kennesaw State University was awarded a $1 million grant from the Howard Hughes Medical Institute (HHMI) to improve diversity and inclusion in the STEM subjects (Science, Technology, Engineering, and Mathematics). The award is focused in particular on increasing the graduation rate of African-American and Hispanic students in science programs.

In a news release from KSU, Interim President Ken Harmon said, “This grant recognizes the excellent strides the College of Science and Mathematics has made over the years to improve educational opportunities for all our students.”

According to the announcement on the HHMI website, “The Howard Hughes Medical Institute (HHMI) has selected 33 colleges and universities to join 24 schools selected in 2017 in its Inclusive Excellence initiative, which aims to catalyze schools’ efforts to engage all students in science ­­­─ regardless of background. Those students could include underrepresented ethnic minorities, first-generation college students, or working adults with families.”

In the news release from KSU, Dean Mark Anderson of the College of Science and Mathematics said, “The faculty of Kennesaw State’s College of Science and Mathematics have been working diligently the past several years to improve student outcomes in the foundation STEM courses. This will help us broaden participation in all the areas of science a student may choose to pursue, everything from studying about the origins of the universe, to changes in the environment, to zoology.”

Erin O’Shea, the president of HHMI, was quoted in the HHMI announcement, “This initiative is about encouraging colleges and universities to change the way they do business ­­­─ to become institutions with a significantly greater capacity for inclusion of all students, especially those from non-traditional backgrounds,”

KSU and the other grantees will work with HHMI and the Association of American Colleges and Universities to meet the objectives of increasing diversity and inclusion in STEM.

How diverse is Cobb County, and should we care? Yes, a lot