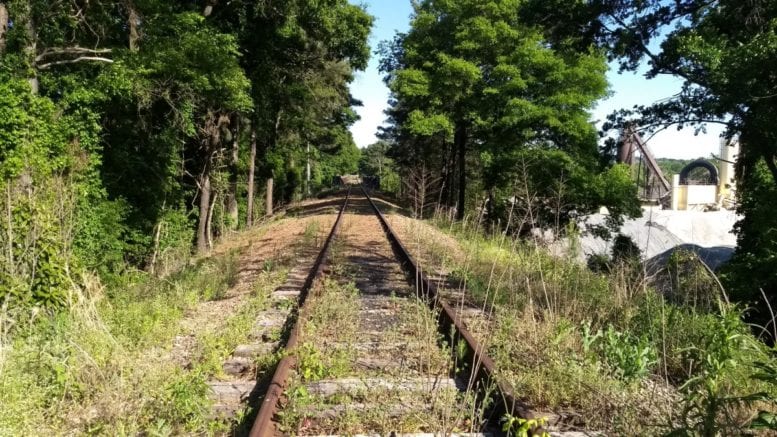 Some of the remaining Silver Comet track (photo by Haisten Willis)

A signed lease between Georgia Gov. Nathan Deal and CSX Corp. includes 2.3 miles which will be used to extend the Silver Comet Trail east toward the City of Atlanta, according to documents obtained by the Cobb County Courier.

The group Connect the Comet has been pushing for a link between the 61.5-mile Silver Comet and the Atlanta Beltline for a decade. Cobb County resident and longtime CtC member Roberta Cook said she’s excited to finally receive some solid news of an extension, though she hopes the extension continues further in the future. The extra mileage will be conveyed “within 100 days of lease execution,” according to the documents.

“It’s a long-awaited bit of news,” she said. “We wish we could have at least gotten to the Chattahoochee River, so I’m slightly disappointed… It’s good news. It will be better if we can get it to the river.”

A further extension may be in the works, as the agreement also grants the state of Georgia a first right of refusal to purchase an additional 4.3 miles of railroad track, likely for further trail extensions. Cook said she hopes the state aggressively pursues the additional mileage.

Both lengths together would give trail enthusiasts 6.6 miles of potential new line, which may be enough to link with the Beltline’s future northwest corridor.

State Rep. Teri Anulewicz (D – Smyrna) said she was delighted by the news.

“The immense economic impact of the lease is undeniable, but I am particularly delighted that the lease includes the conveyance of about 2.3 miles of unused rail that will extend the Silver Comet down towards the Chattahoochee River,” said Anulewicz, a trails and transit advocate who formerly served on the Smyrna City Council. “This is the critical first step in connecting the Comet and the Beltline, and I am so grateful that the state and CSX made this decision that will have such a positive impact on our community.”

Anulewicz also commented on future possibilities for the rail bed.

“I also think it is very good to have all options, including passenger rail, on the table as we move transit and mobility discussions forward in Cobb, and in the region,” she added.

The lease begins Jan. 1, 2020, with a value of $1.2 billion over a 50-year lease period, which is an increase of $509 million over the current lease agreement. The state has reserved a five-foot subsurface corridor for future development of utility services, has exclusive rights to operate a passenger rail service along the line, subject to mutual agreement with CSX on safety, planning and engineering issues.

What’s going on with Cobb’s Mountain to River Trail?