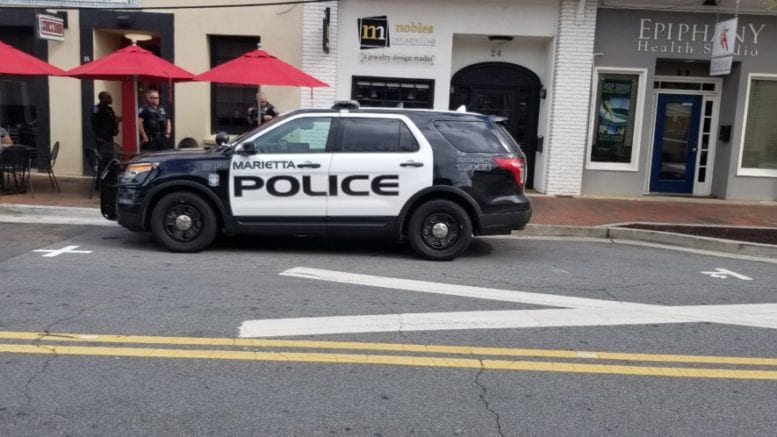 A Marietta man was sentenced to prison Thursday after being convicted in Cobb Superior Court for molesting the daughter of his girlfriend.

Judge Ann Harris sentenced Edwin Moran, now 34, to 60 years, with 59 of those years to be served in confinement.

The trial lasted a week.

A press release from the office of Cobb District Attorney Joyette M. Holmes describes the incident as follows:.

The abuse came to light in May 2017 when the victim’s mother woke in the middle of the night and found Moran, partially nude, quickly moving from the area the victim was sleeping in the living area of their home. The mother ultimately called the police. The victim, 13, maintained she was asleep and didn’t know what, if anything, Moran — her mother’s long-time boyfriend and her father figure — had done. However, a sexual assault examination revealed injury to the child, and she experienced an outbreak of a sexually-transmitted disease a few days later. At trial, the evidence showed the victim suffered repeated sexual abuse at the hands of Moran but was fearful about the consequences of disclosure due to threats made to her by Moran as well as the loss of financial support for her family.

“Sexual abuse of children results in lifetime scarring and impact long after the abuse has ended,” Senior Assistant District Attorney Courtney Veal said. “Those who prey on our most vulnerable are deserving of sentences such as the one imposed in this case, which ensures this offender will not have the opportunity to victimize again and hopefully allows the victim to begin healing.”

The case was investigated by the Marietta Police Department.

Moran is a native of El Salvador. He has been in custody since his arrest in 2017, and will receive credit for his time already served.