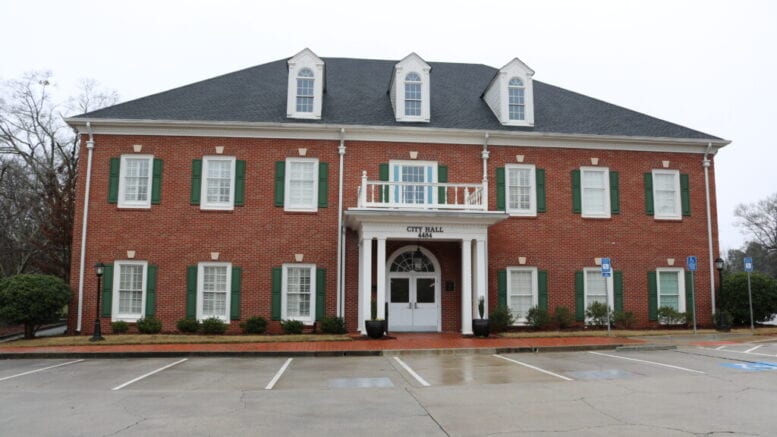 During a short and otherwise uneventful meeting, the Powder Springs City Council passed a resolution to surplus and sell guns that had come into the possession of the Powder Springs Police Department to Smyrna Police Distributors, a private firm that sells equipment and supplies to police departments.

The weapons are described in the resolution as “eighty-nine (89) firearms which were either abandoned or used in a criminal proceeding and are no longer needed for such purposes.”

The resolution was originally on the consent agenda to be passed without discussion, but council member Henry Lust asked that it be moved to the regular agenda.

“I requested this get moved to the regular agenda as I am opposed to any measure that will have firearms that have been abandoned which could eventually end up with a dealer … and in the hands of a regular citizen,” Lust said.

Council member Nancy Farmer agreed with Lust, and said, “I’m with Henry on this. I don’t think we should do it. I just think it’s dangerous.”

The resolution passed with Lust and Farmer in opposition.

Text of the resolution

A RESOLUTION AUTHORZING THE SURPLUSING AND SALE OF FIREARMS HELD BY THE POLICE DEPARTMENT WHICH HAVE EITHER BEEN ABANDONED OR USED IN A CRIMINAL PROSECUTION AND ARE NO LONGER NEEDED FOR SUCH PURPOSES TO SMYRNA POLICE DISTRIBUTORS; PROVIDING FOR AN EFFECTIVE DATE; AND FOR OTHER PURPOSES.

WHEREAS, the City of Powder Springs Police Department is in possession of eighty-nine (89) firearms which were either abandoned or used in a criminal proceeding and are no longer needed for such purposes; and

WHEREAS, pursuant to the provisions of O.C.G.A. § 17-5-54, the City is authorized to dispose of such firearms as provided for by O.C.G.A. § 36-37-6 by sale to persons who are licensed as firearms collectors, dealers, importers, or manufacturers; and

WHEREAS, further, the City is authorized to sell personal property which has an estimated value of $500.00 without the requirement of engaging in a bid process; and

WHEREAS, Smyrna Police Distributors is willing to purchase the firearms for an aggregate total of $8000 in store credit which may be utilized for Police Department for official purposes.

NOW THEREFORE, BE IT HEREBY RESOLVED by the Mayor and Council of the City of Powder Springs that it declares as surplus the eighty-nine (89) firearms held by the Police Department which were either abandoned or used in a criminal proceeding and are no longer needed for such purposes, finds that all such items are worth less than $500 each, and authorizes a sale of same to Smyrna Police Distributors for $8000 in store credit. This resolution shall become effective immediately upon adoption.