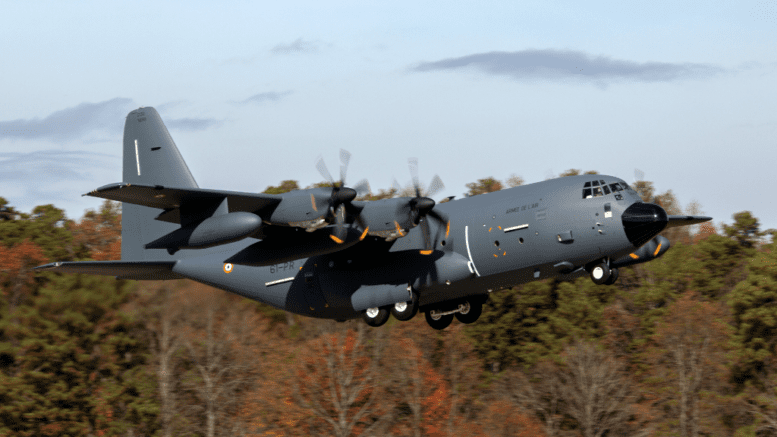 Lockheed Martin announced a new C-130J training facility for French and German aircrews. The C-130J is manufactured at the Lockheed Martin facility here in Cobb County in Marietta.

Located in Évreux-Fauville Air Base in the Normandy region of France, the new facility will provide training for both C-130J-30 airlifter and KC-130J tanker aircraft for the binational C-130J Super Hercules Squadron.

The press release stated that at the French facility “Lockheed Martin will provide training devices, the learning management system, courseware and options for five years of training services under the terms of a new direct commercial sale (DCS) contract, allowing for in-country learning.”

According to the press release, Lockheed Martin will break ground on the French training center in 2021 and aircrew and maintainers will begin training there in 2024.

This is the first time in the 65-year history of the Hercules that different countries will share the aircraft. The C-130Js are used for aerial refueling, air drop and cargo missions according to Lockheed Martin.

“The French/German C-130J Binational Training Center will allow both countries to train pilots and maintainers on the full capability of these proven aircraft,” said Tom Gordon, Lockheed Martin, vice president of Training and Simulation Solutions. “Lockheed Martin is honored to support this historic partnership and proud to work directly with our customers in establishing a first-of-its kind resource that will benefit Super Hercules crew members for decades to come.”

The press release describes the binational squadron as follows:

About the C-130J Super Hercules

The C-130J Super Hercules is the current production model of the legendary C-130 Hercules mid-size tactical airlifter, offering superior performance and enhanced capabilities with the range and versatility for every theater of operations and evolving requirements. To date, the Super Hercules fleet counts 24 operators in 21 nations around the world and has surpassed 2 million flight hours.

As the preeminent tactical aerial refueling tanker, the KC-130J is a battle-tested solution that takes full advantage of the tremendous technological and performance improvements inherent in the C-130J Super Hercules aircraft. A true force multiplier, the KC-130J refuels both fixed wing and rotary wing aircraft as well as conducts rapid ground refueling.