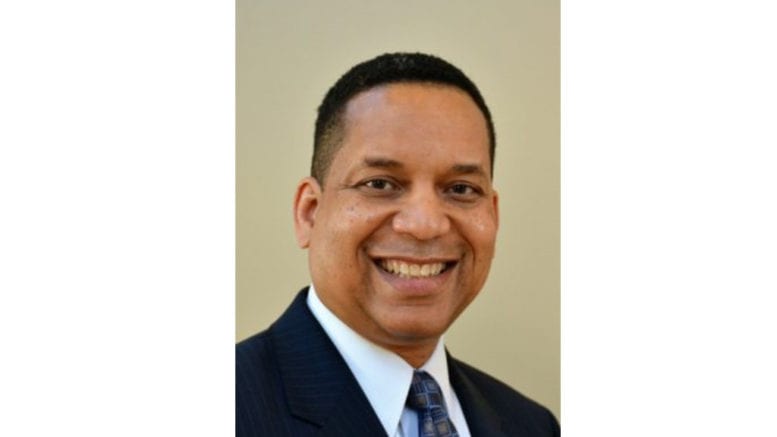 Broady was sworn in in the county’s ceremonial courtroom with his wife Monique and daughter Victoria by his side. He thanked them for their support, as well as the community and God.

The Democrat beat incumbent Republican Joyette Holmes, who was appointed to the job in mid-2019, in the Nov. 3 election. Holmes took over after former DA Vic Reynolds was named as head of the Georgia Bureau of Investigation.

In brief remarks following the ceremony, Broady told a limited crowd of about 30 that “Intolerance, hate and division is not the course we want to take. We need to work together to make sure that the kids on Six Flags Drive have the same opportunity as the kids at Walton High School. “

He said that his service in Cobb County taught him that there needed to be a better way. The county, he said, was changing and becoming more diverse, but that “not everyone was wanting to keep up with that change.”

He emphasized that citizens coming into contact with the criminal justice system should be restored to the community just as lives have been restored to God.

In a later interview with the Cobb County Courier, he outlined some steps he thinks could help bring that about.

The incoming DA said he planned to assign an executive assistant in his office to a community engagement project involving police officers and community churches that would intervene in potentially troubled young lives at an earlier phase.

He said that prosecutors would be tasked to work with elementary and middle schools and would interact with officers patrolling those areas.

In addition, the incoming district attorney said that diversion and pretrial programs and accountability courts could bear fruit.

As he put it, “those young men and women from lower-income backgrounds have to be given the chance to be productive citizens. We can’t allow the criminal justice system to hamper them to where their only alternative for getting by is by committing crimes.”

Since 2008, the incoming chief prosecutor has served in several roles in the Cobb County justice system, including Assistant Solicitor General and as prosecuting attorney for the county’s DUI Accountability Court.

That followed a 26-year Army career during which he served three overseas tours. In a giveback,  he later helped veterans overcome such issues as PTSD and substance abuse as Veterans Treatment and Accountability Court Coordinator in Cobb.