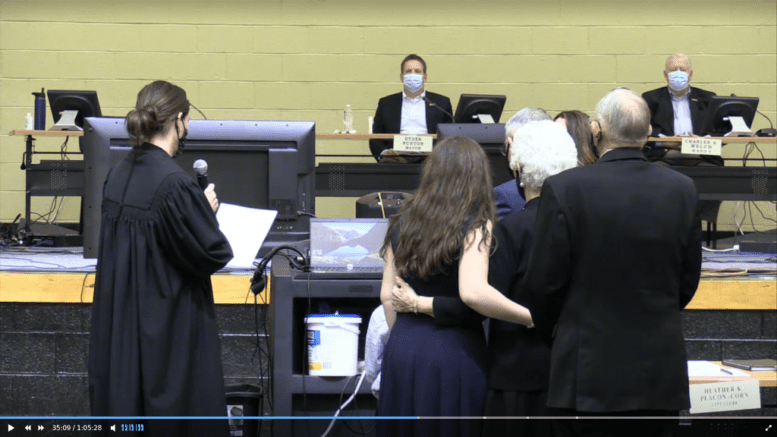 Former Smyrna Police Chief Joe Bennett was unanimously approved by the city council as Smryna’s full-time city administrator after serving in the position in an interim capacity since last fall.

Mayor Derek Norton introduced the agenda item, and then said, “I just want to say about Joe Bennett, they don’t make them a whole lot better.”

“He’s done a tremendous job as interim city administrator for us, for the better part of a year during some very difficult times,” Norton said. “And he’s exceeded any expectations I’ve had.”

And I know that members of the council, based on our discussion on Thursday feel the same way,” he said.

“He’s been attentive. He’s got a servant’s heart. He’s from Smyrna … grew up here (and) served over 25 years in the police department,” said Norton. “He knows the city, he knows its people, and I’m very excited to put him forward for the full time city administrator for the city of Smyrna.”

Tim Gould said, “I never pass up an opportunity to thank Joe for all his hard work, and it’s a pleasure. You you respond back to the residents’ requests and our requests and I’m looking forward to working with you for a long time.”

There were two sets of annexations into the city, and both sets were approved.

The first set of properties annexed into Smyrna were owned by Anthony Andrew Jackson Henry.

The properties are in Ward 7, and are located on Watkins Road, which begins on Oakdale Road near its intersection with Buckner Road.

It is approximately 19 acres on Ann Road in Ward 1. It is just northeast of Atlanta Road, and near Campbell Middle School.

View the video of the city council meeting

Three annexations on Cobb BOC agenda tomorrow, two into Smyrna, one into Acworth

Smyrna studies annexation that could take population over 90,000