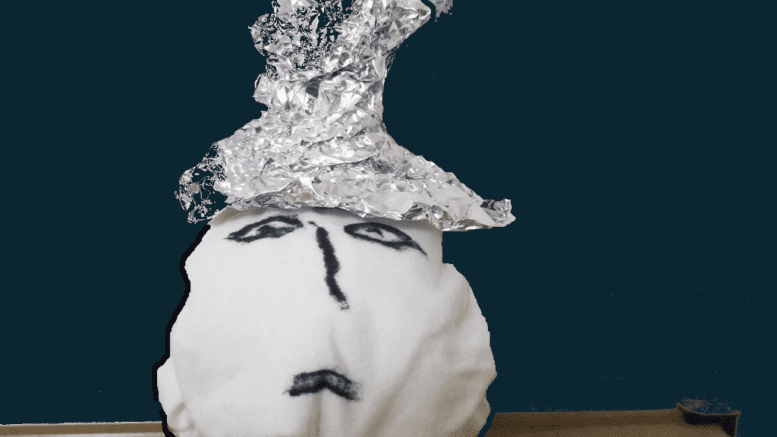 It’s been a while since I’ve given one of our Tin Foil Hattery reports, mainly because so much actual news out here in the real world has been going on.

But this morning I began scrolling through Majorie Taylor Greene’s Telegram account to see what gems of wisdom she’d distributed.

After all, like it or not, Greene’s district will soon extend into unfortunate parts of southwest Cobb County.

Telegram is the place Greene retreated to after Twitter bounced her out on her posterior for repeatedly posting misinformation about COVID in general and vaccines in particular.

In her latest Telegram report, Greene describes herself as a “regular American,” and said, “I’d wait hours to get in a Trump rally because I loved President Trump and truly believed in Make America Great Again.”

Of course not one to stop with just the customary contemporary GOP requirement of praising the Great Orange White Hope, she moved on to another topic, the dread RINOs (Republicans in Name Only), who show insufficient fealty to Fearless Leader.

“The Democrats and the fake news media were the enemies to our cause and the President we loved, but we found out the RINO’s [sic], who never wanted Trump and seemingly sabotaged his agenda that we supported, were our enemies as well,” she wrote.

This is not really new for her.

On January 26 she wrote (or reposted a meme. It’s in a little blue box so it’s hard to tell if it’s her words or a repost from someone else), “The RINOs have hijacked MAGA. The people will see through it. And I think I’m going to have to start calling it out.”

Thanks to the efforts that led to the Jim Crow gerrymandering of the Georgia congressional boundaries, MTG’s district is being shoved into Cobb County. So from time to time I’ll be updating you on her not-batshit-crazy-at-all posts.

In the meantime, watch out RINOs. Marjorie Taylor Greene has you in her sights.