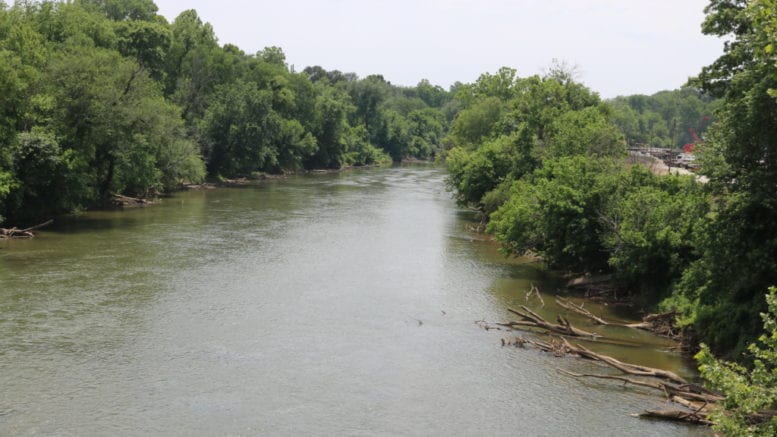 According to the Georgia River Network, the Chattahoochee supplies 70% of metro Atlanta’s drinking water.

In the press release, Warnock said, “The health of our communities in Georgia is tied to the health of our environment. While the Chattahoochee River’s water quality has improved in recent years, there is still 1,000 miles of Chattahoochee watershed waterways that do not meet water-quality standards. Clean water is essential for healthy and thriving communities. So, I’m proud to work with Senator Ossoff to introduce legislation to invest in improving, protecting, and preserving the Chattahoochee River.”

The Chattahoochee River originates in Union County, Georgia and flows southwest from the Blue Ridge Mountains, through the Atlanta metro area, down to Lake Seminole at the Georgia-Florida border. Over its 434-mile course, it is controlled by 13 dams that generate hydropower and electricity.

From the press release:

The river is also a key source of water for farmers and agriculture, and it’s a key source of power through hydroelectric dams. As of 2013, the state of Georgia has approved more than 6,700 water withdrawal permits for agricultural use.

In 2019, the National Park Service reported visitors to the Chattahoochee River National Recreation Area added more than $200 million to the local economy, supporting over 2,000 local jobs.

According to Chattahoochee RiverKeeper, more than 1,000 miles of waterway within the Chattahoochee watershed do not meet water quality standards, creating potential health risks to both humans and wildlife.

According to the Georgia River Network, the Chattahoochee is home to 24 species of freshwater aquatic turtles, about 37 species of salamanders and sirens, about 30 species of frogs and toads, the American alligator, and nine threatened or endangered plant species.

To read the Courier’s coverage of the Chattahoochee River, follow this link

Georgia runoff elections are exciting, but costly for voters and democracy