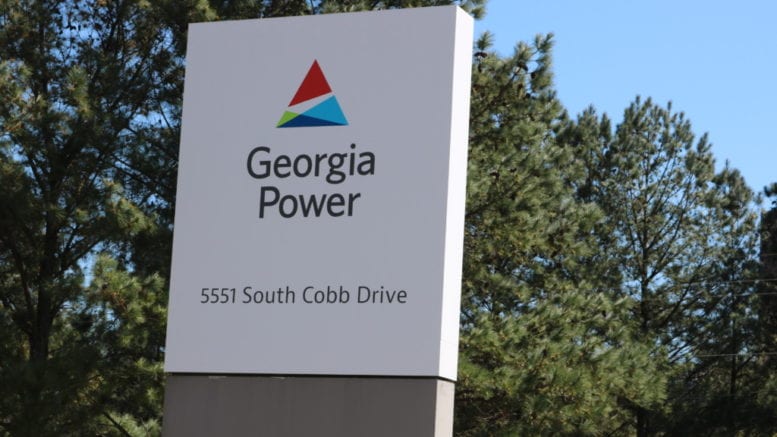 The state’s largest electricity provider will have an opportunity to request a final hearing next month following multiple days of hearings that wrapped up at the end of May. The company defended its three-year 2022 Integrated Resource Plan as various environmental, consumer advocacy and other energy related organizations delivered disparaging testimony before state regulators.

Georgia Power executives and staff were questioned during hearings earlier in the spring, setting up a critical year for the future of energy production. ‌After a vote on the plan in July, a rate case ‌will determine‌ ‌how‌ ‌much‌ the company’s customers ‌will‌ ‌pay‌ ‌for‌ ‌electricity‌ ‌over‌ ‌the‌‌ ‌‌next‌‌ ‌‌three‌ ‌years. ‌Ratepayers with Georgia Power aren’t likely to learn whether they will pay more for the grossly overdue and over budget nuclear expansion at Plant Vogtle until 2023.

After last week’s testimony, Bryan Jacob, director of solar for the Southern Alliance for Clean Energy, said that many organizations are hoping that Georgia Power will make some changes before the final plan is approved.

“The intervening parties put real compelling evidence into the record that that the plan that the company has put forward would end up locking us into more fossil fuel resources than necessary for for decades to come,”

For years, a source of contention for some environmental organizations has involved Georgia Power’s $9 billion plan for closing 11 coal fired-plants and sealing of toxic coal ash waste in groundwater. Cleanup costs for coal ash have been tacked onto customer’s monthly bills for years.

Last week, environmental consultant Mark Quarles of BBJ Group testified that the utility provider’s plan to leave the coal ash in place instead of moving it to lined storage would violate federal environment regulations.

The‌ ‌utility provider’s plan to handle coal ash by leaving the ash in unlined pits at some sites is a process opposed by a host of environmentalists who prefer sending it to a lined landfill so that the contaminated ash is removed from contact‌ ‌with‌ ‌groundwater.

Georgia Power argues the coal ash has not compromised drinking water standards and intends to cap the coal ash in place where much of it now is collected in ponds near the company’s legacy electricity plants. Those plans have recently been thrown into question after federal environmental regulators pressed the state Environmental Protection Division to review them.

Charline Whyte, senior campaign representative for the Sierra Club’s Beyond Coal Campaign in Georgia, called out the utility company for its timeline and methods on retiring coal fired facilities, which helped earn the company a failing grade on the latest Sierra Club Report Card.

“Georgia Power got an F for pollution because it plans to burn coal beyond 2028, store toxic coal ash in unlined pits, and rely on fracked gas,” Whyte said in a May 17 statement. “All of these things directly threaten the health of our environment and our communities.”

A Georgia Power attorney responded that while revisions to federal regulations are in the works, the company’s plan was already approved in 2019 under standard considered by the Georgia Environmental‌ ‌Protection‌ ‌Division .

The company’s timeline for closing their coal plants calls for all but one to be shut down by 2028, and the complete phasing out of coal use by 2035.

Jill Kysor, an attorney with the Southern Environmental Law Center, which represented Georgia Interfaith Power and Light and Partnership for Southern Equity, said the center supports Georgia Power’s latest plans to take 12 coal-fired units, accounting for more than 3,500 megawatts, by 2028.

The 2022 Integrated Resource Plan is a 20-year energy roadmap that includes a pledge to produce clean energy resources designed to improve air and water quality.

The 2022 plan was developed after Georgia Power officials conducted an analysis that included projections of future fuel costs, environmental strategy, and a laundry list of other assessments as the company promotes more energy efficient ‌programs.

“The company also evaluates the cost-effectiveness of its generating resources given changing environmental regulations and emerging technologies and how to best add resilience to the electric system,” Georgia Power said in a statement.

But experts at this week’s hearing also spent considerable time promoting changes they say would increase the feasibility of natural gas, biomass, wind, and solar energy providers to bid on sharing in Georgia Power’s energy grid to replace the coal-fueled plants that shut down,

Southern Environmental Law Center analysts were among those who testified that some energy producers had more difficulty proving their viability based on the requirements set forth in the request for bid proposals.

Jacob‌, with the Southern Alliance, ‌said‌ ‌that‌ ‌in‌ ‌2019 there was a collective effort from the company, interested parties, and the commission to find a cost-effective long-term solution that would satisfy ratepayers.

Jacob said he is concerned that the bidding standards set over the past few years could be harmful if they continue to set the course.

“At the end of this process you’re not going to be able to assure ratepayers that they’re getting the best deal because you’re not gonna know for sure that the 75 megawatt projects that are out there in the interconnection queue wouldn’t have been cheaper,” Jacob said.

A key element to look out for in the rate case is if Georgia Power proposes to increase the fixed charge for coal ash management for customers, after the commission approved incremental hikes as part of the 2019 plan.

“It has a negative impact on the economics of anybody who wants to put solar on their house or anybody that wants to invest in energy efficiency programs,” Jacob said.

The hearings featured various organizations advocating for the PSC to expand the net metering program for solar powered rooftops after reaching its limit of 5,000 customers.

Even if the cap is increased by a small amount, it could pressure people into making a rash decision on whether or not solar power works best for them at their homes, churches, or businesses, Kysor said.

“At the end of the day, monthly net metering makes rooftop solar much more affordable, so it really cracks open accessibility for everyday Georgians– middle income folks, lower income folks, because then they can finance their systems,” she said .