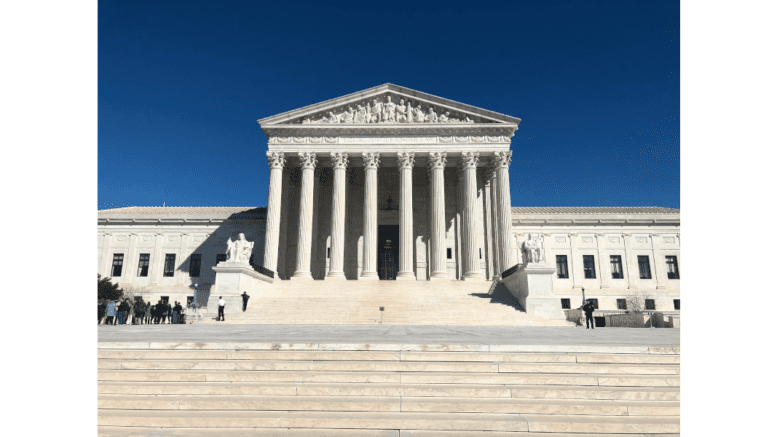 Georgia Democrats face major headwinds going into this year’s midterm elections, but they are looking to the not-so-distant past for inspiration: the 2020 election when Georgia voters flipped control of the U.S. Senate and helped elect Joe Biden as president.

“Do you know how many Republicans voted for the American Rescue Plan? Zero, zilch, zippo, none,” said Minnesota U.S. Sen. Amy Klobuchar, who was the keynote speaker at the Democratic Party of Georgia’s state dinner held Friday night at the Hyatt Regency in downtown Atlanta.

“So, when I tell you the nation is grateful to you, I really mean it,” Klobuchar added.

One of Georgia’s new senators elected less than two years ago, Raphael Warnock, is already up for reelection. Warnock’s race will top the ballot while Stacey Abrams, who is running again for governor, and a slate of other Democratic candidates hope to build on the recent statewide wins.

“Today, we call her Stacey. Next year, it will be governor,” Klobuchar said to cheers Friday.

The recently leaked U.S. Supreme Court draft opinion suggesting the court may be on the verge of overturning Roe v. Wade also loomed over Friday’s dinner as Democrats sharpen their attacks on the GOP push to severely restrict access to – if not outright ban – abortion in Georgia.

“You know how they always say, ‘Don’t get mad, vote.’ Well, I would twist it: Get mad and vote,” Klobuchar said. “For the first time in generations, with this opinion the young women of this country will have less rights than their mothers and their grandmothers. And we as Democrats say, ‘Not under our watch.’”

Abrams and Warnock both reiterated their support for abortion access Friday.

“I have a profound reverence for life, and I have a deep and abiding respect for choice,” Warnock said. “I just happen to think that a patient’s room is too small and cramped a space for a woman, her doctor and the United States government.”

This year’s May 24 primary has so far attracted record numbers of voters, with three times as many people casting a ballot when compared to this point in 2018. Most of them have pulled a Republican ballot, which is where most of the hotly contested races are playing out right now.

A bitter primary battle is being fought between Gov. Brian Kemp and ex-U.S. Sen. David Perdue, who is one of a handful of GOP candidates endorsed by former President Donald Trump. Abrams will face the winner in the fall.

Abrams fired up her fellow Democrats Friday night with renewed calls to expand health care coverage and searing criticism of new legislation banning so-called divisive concepts from the classroom and easing the process to have books banned from school libraries.

Kemp has been campaigning on his handling of the COVID-19 pandemic, often saying he “protected both lives and livelihoods.” But Abrams criticized Republicans for passing measures to “protect companies without a single law protecting people,” and pointed to hospital closures across the state in recent years.

Bookman: Sometimes, it’s not about the money. Take Music Midtown, for instance.