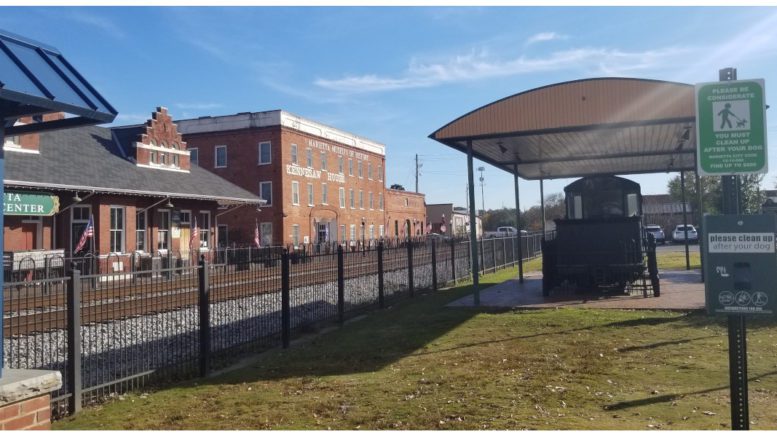 The Marietta History Center will host a traveling exhibit about the Dixie Highway until July 30.

Before the interstate highway system was built, the Dixie Highway, which commenced development in 1915, was a major route between the southern states and the upper midwest, and stretched from Canada to Florida, splitting into east and west segments several times along the route to pass through cities that lobbied to be included.

The portion of the highway in Cobb County corresponded with Old Highway 41.

The announcement posted on the City of Marietta website described the exhibit as follows:

The Marietta History Center will be hosting a traveling exhibit, “Gateway to the South: Remembering the Dixie Highway” from the Bandy Heritage Center. Beginning in 1915, the Dixie Highway was a prominent feature of everyday life in the early 20th century south. This exhibit features historic images of the Dixie Highway in its prime. Highlights include popular tourists’ spots, advertisements along the highway, and local businesses. This exhibit is courtesy of the Bandy Heritage Center for Northwest Georgia and will be displayed here at the Marietta History Center and augmented with images and artifacts connected to the Dixie Highway from the MHC’s collection. The temporary exhibit is included with regular admission.

Cost: $7 Adults, $5 Senior / Student, FREE for Children under 5 and those with a Military ID

About the Marietta History Center

The Marietta History Center, located in the historic Kennesaw House building, has been open since 1996. The exhibits are on the second floor of the building.

The MHC website describes the history of the building (paraphrased below):

Originally built as a cotton warehouse by John Glover in 1845, the building was remodeled by Dix Fletcher to become the Fletcher House Hotel in 1855.

During the Civil War the hotel temporarily served as a makeshift hospital and morgue. For this reason, the building has become the subject of many stories and local ghost folklore. This notoriety has led to appearances on CNN, The History Channel and PBS.

The building was originally four stories high, but the top floor caught fire during the Civil War and was never rebuilt.