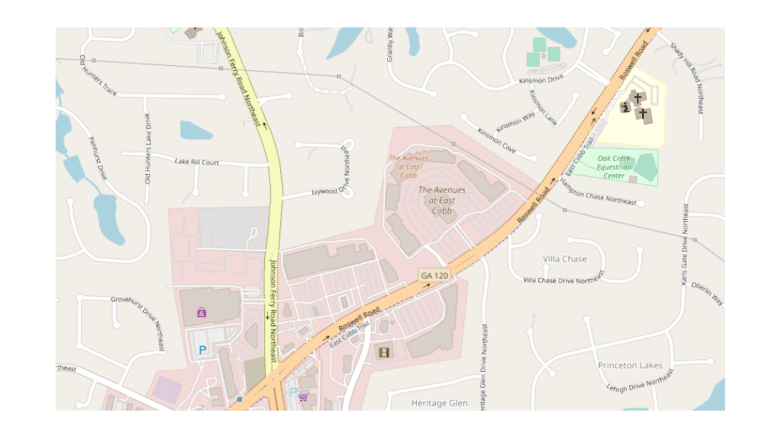 After more than 20 years, a high-profile East Cobb shopping center is about to get a makeover and upgrade.

An Aug. 25 groundbreaking is planned to launch redevelopment at The Avenue East Cobb, billed when it opened in 1999 as one of the first pedestrian-friendly “lifestyle centers” in the U.S.

A rebranding also was instituted with a new logo, social media channels and website as NAP took the helm on the redevelopment project.

Now, following approval by the Cobb County Commission on June 21, much bigger changes are afoot as part of a more than $20 million redevelopment plan.

“Or main objective is to create a place for the community not only for people to shop and dine but to hang out and go to events,” said Nick Lombardo, development manager for North American Properties.

A portion of the central building will be partially demolished, or “opened up” said Lombardo. That will make way for an 8,000 square-foot plaza surrounded by restaurants and patio space.

“We’ll create a garden lounge area that will be our event space and activity area for any events we throw,” said Lombardo, who said they could rack up more than 100 per year, anything from fitness classes to Menorah lightings.

A covered stage will be built and an LED screen installed. A 500-square-foot concierge building will be attached, said center officials.

New retailers are also coming along for the ride, including Warby Parker, an eyewear company, New York Butcher Shoppe, which will also feature a specialty grocer and wine bar, and sleep products company Tempur-Pedic. One tenant, Stockyard Burgers and Bones, closed recently.

The 30-acre complex currently boasts 44 restaurants and retailers and Lombardo says he doesn’t think that number will change significantly with the improvements.

He said the number “well north of $20 million” incorporates improvements by tenants and that they want to debut the outdoor area and plaza changes in the spring of 2023.

The past year has augured well for the shopping center on Roswell Road. Officials say traffic and sales have not been impacted by the pandemic since the partnership was created. The center draws an estimated one-million-visitors plus annually.

The August 25 groundbreaking is set for 5-7 p.m. in the Central Lot, and will include “lite bites,” drinks and live music. It’s free and open to the publc.

The Avenue at East Cobb to get facelift