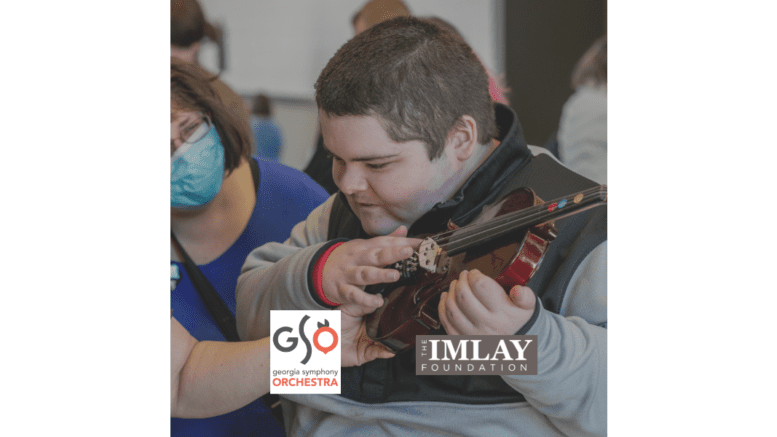 GSO announced they have received a $15,000 grant from the IMLAY Foundation to help fund the 7th Annual Sensory Friendly concert that will take place on Oct 15.

The concert will be held at the Marietta Performing Arts Center located at 1171 Whitlock Ave NW, Marietta, GA 30064.

The announcement of the grant states “This concert series is designed to accommodate those with sensory sensitivities by allowing audience members to freely move about, dance, speak, sing, or vocalize during the performance.”

“The Sensory Friendly concerts have been one of the most popular shows since they started in 2015,” said Susan Stensland, Georgia Symphony’s Interim Co-Executive Director in the announcement. “I am overjoyed that the support of the IMLAY Foundation allows us to continue this tradition, and bring orchestral music to the community”

“An “Instrument Petting Zoo” will be available before and after each concert during which attendees can play and experience a myriad of instruments in the lobby,” the announcement states.

The program will include works from:

There will be a Quiet Room for those who need a break from the instrumental sounds.

The Georgia Symphony Orchestra began in 1951 with the formation of the Marietta Music Club.

The music room of Arthur F. Moor’s home on 383 Church Street in Marietta would establish the foundations for what would evolve over the next sixty-plus years. Talented local musicians would come together to create and share wonderful music with audiences. From 1955 until 1989, Betty Shipman Bennett conducted the orchestra through this long period of development. The music club grew to become the Marietta Community Symphony.

The orchestra was later renamed the Cobb Symphony as more professional musicians were added to the staff, and in 2011 it became the Georgia Symphony Orchestra.

The GSO states as its mission:

The mission of the Georgia Symphony Orchestra is to enrich our community through accessible, high quality musical and educational experiences that instill a lifelong appreciation for the arts.