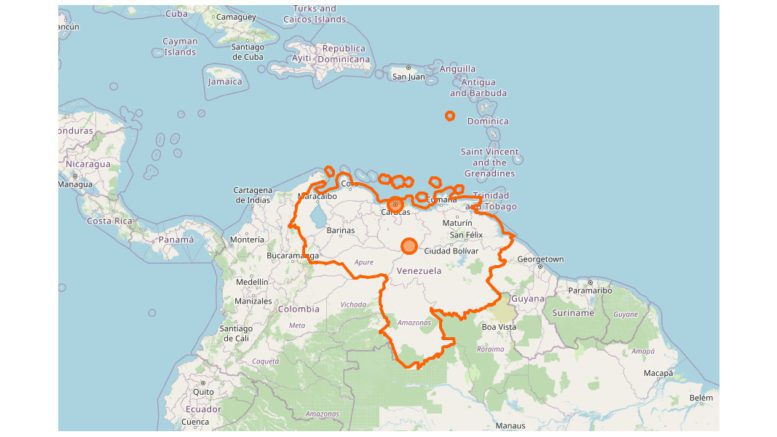 WASHINGTON — The Biden administration on Wednesday night announced new guidelines for Venezuelan migrants, under which some will have a pathway to temporary residence in the United States and others who crossed the border without authorization will be sent back to Mexico.

U.S. Secretary of Homeland Security Alejandro N. Mayorkas announced an agreement between Mexico and the U.S. that will allow up to 24,000 qualifying Venezuelan migrants—those who have preexisting ties to the U.S., and someone in the U.S. who can provide financial and other support—to travel by air to an authorized port of entry.

The plan is intended to ease pressure at the U.S.-Mexico border.

“These actions make clear that there is a lawful and orderly way for Venezuelans to enter the United States, and lawful entry is the only way,” Mayorkas said in a statement.

“Those who attempt to cross the southern border of the United States illegally will be returned to Mexico and will be ineligible for this process in the future. Those who follow the lawful process will have the opportunity to travel safely to the United States and become eligible to work here.”

The increase of people fleeing the country comes after years of economic and political destabilization.

The announcement comes as Republican governors have criticized the Biden administration for failing to curb immigration, and have taken to loading migrants in buses and sending them to Democratic-controlled cities for publicity stunts, drumming up anti-immigration rhetoric in advance of the midterm elections.

Republican Florida Gov. Ron DeSantis recently flew dozens of Venezuelan migrants from Texas to Martha’s Vineyard, an affluent island off the coast of Massachusetts, without notifying the local government in what critics blasted as a publicity stunt.

Those migrants filed a class action lawsuit against DeSantis, and the U.S. Treasury Department is investigating whether the governor improperly used funds earned from interest accumulated on coronavirus state and local fiscal recovery funds. Multiple media reports found that many of the migrants who boarded the flights were told they would be provided with jobs and housing.

Additionally, an investigation by Texas Sheriff Javier Salazar into the flights from Texas to Florida has classified the group of Venezuelan migrants as crime victims. While they help with the investigation, they’ll be allowed to stay in the U.S., according to reporting by the Miami Herald.

Increase in migrants at the border

U.S. Customs and Border Protection reported in August that 55,333 migrants encountered at the border came from Venezuela, Cuba and Nicaragua, a 175% increase from last year.

“Almost four times as many Venezuelans as last year attempted to cross our southern border, placing their lives in the hands of ruthless smuggling organizations,” DHS wrote in its announcement. “Meanwhile, irregular migration from northern Central America is down by a quarter from the level encountered last year.”

The border patrol noted in its report that a “large number of expulsions during the pandemic has contributed to a higher-than-usual number of migrants making multiple border crossing attempts, which means that total encounters somewhat overstate the number of unique individuals arriving at the border.”

The Trump administration enacted Title 42, a designation from the Centers for Disease Control and Prevention that has allowed border patrol officials to turn migrants away at the border for health reasons.  The Biden administration has tried to scrap the program, but a federal judge in Louisiana blocked the White House from ending it.

Those Venezuelan migrants qualifying under the new program must also go through a national screening and public safety process and be up-to-date on vaccinations.

Any U.S. citizen—including business or other organizations—can “support a potential beneficiary from Venezuela,” according to the DHS website. Those U.S. citizens will have to prove they can provide financial or other support for up to two years.

The department said Venezuelan migrants will not qualify if they have been ordered to leave the country in the last five years; have crossed any ports of entry without authorization after Wednesday’s announcement; “have irregularly entered Mexico or Panama after the date of announcement, or are a permanent resident or dual national of any country other than Venezuela, or currently hold refugee status in any country;” and if they have not completed their vaccinations or other heath requirements.

The new DHS program is similar to one for Ukraine migrants fleeing the war with Russia, known as Uniting for Ukraine. In that program, Ukrainians are allowed in the U.S. to work temporarily, and go through other ports of entry, rather than trying to enter through the U.S.-Mexico border. The Biden administration has committed to accepting as many 100,000 Ukrainians fleeing the war.

DHS will provide more information about the process for Venezuelans here.