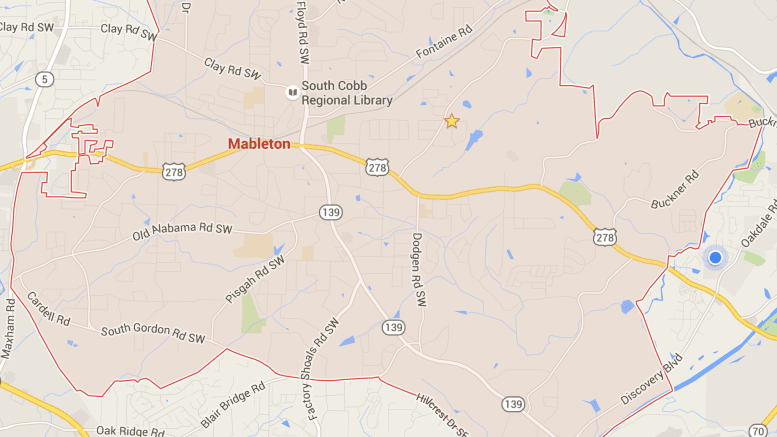 map of Mableton from Google Maps

A meeting will be held on Tuesday Oct 13 at 7 PM at the South Cobb Community Center at 620 Lions Club Drive, to discuss whether to incorporate Mableton as a city, with its own local government.  The meeting is sponsored by the Mableton Improvement Coalition.  MIC has no official position on this issue, but is convening the meeting to present the pros and cons of incorporation.

This is the official definition from the United States Census Bureau:

Census Designated Places (CDPs) are the statistical counterparts of incorporated places, and are delineated to provide data for settled concentrations of population that are identifiable by name but are not legally incorporated under the laws of the state in which they are located.   The boundaries usually are defined in cooperation with local or tribal officials and generally updated prior to each decennial census.   These boundaries, which usually coincide with visible features or the boundary of an adjacent incorporated place or another legal entity boundary, have no legal status, nor do these places have officials elected to serve traditional municipal functions.   CDP boundaries may change from one decennial census to the next with changes in the settlement pattern; a CDP with the same name as in an earlier census does not necessarily have the same boundary.   CDPs must be contained within a single state and may not extend into an incorporated place.  There are no population size requirements for CDPs.

Here is an interactive map of the area the Census Bureau recognizes as Mableton.  You can zoom in with the plus sign to see the boundaries in more detail:

Here is a map to the South Cobb Community Center: