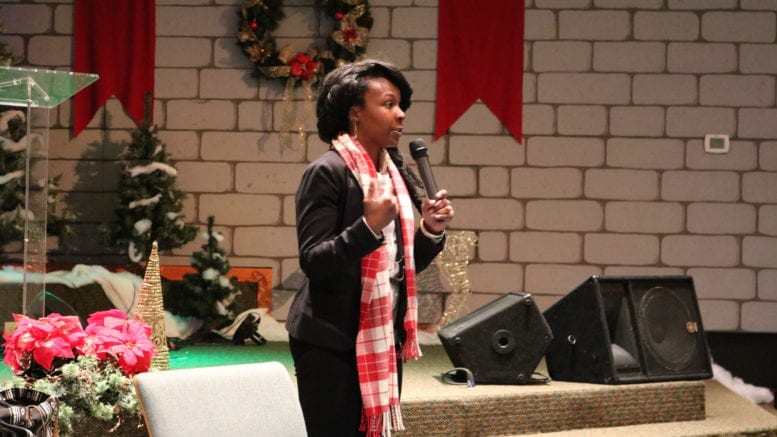 A town hall meeting was held on Thursday Dec 15 for Cobb County district 4 residents at the Iglesia History Makers on Windy Hill Road.  It was hosted by commissioner Lisa Cupid, and featured representatives from various Cobb County departments who were there to answer questions.

Major Stuart VanHoozer, the commander of Cobb County Police Department Precinct 2, said  “Crime has gone down in every single category that we track, except one.”  The one category that had gone up was aggravated assault, which saw a 13% rise.  Homicides, rapes, and both residential and commercial burglaries had all gone down in the precinct.  He said the most encouraging thing was a 24% drop in residential burglaries.  He said that while police often have little control over some categories of crime, police activity had served to lower the number of burglaries in the precinct. Over the past year the department had dug deeper after each arrest to determine whether the alleged burglar was part of an organized group.  He also said longer sentences and higher bonds had an impact.

Galt Porter, of Cobb’s planning commission, discussed zoning requests under consideration in December.  A request with high impact for south Cobb was the rezoning of the Magnolia Crossing apartment property, and the Yancey family property that is adjacent to it [Note: the rezoning was approved one week after the town hall meeting].  Magnolia Crossing was an apartment complex off Riverside Drive (formerly Six Flags Drive). According to the Cobb County website a third of all police calls on Riverside Drive involved those apartments while they were operating.   The combined Magnolia Crossing and Yancey property is about 50 acres.

According to an announcement in Oct 2015 on the Cobb County website,

The apartments have since been torn down, and the property is awaiting redevelopment.

After the meeting, Cupid said,

“Magnolia Crossing, has come before the county for rezoning.  The plan is to rezone it as a PVC  development (planned village community) so that it can develop into a mixed-use site.  Once that rezoning goes forward it provides a better opportunity to market that site.  And also, I think we’ll provide better leverage for the redevelopment authority to meet [with] developers about what to seriously go onsite.  I’m not sure if the redevelopment authority is going to put out a formal RFP, or if they’re going to try to work with some developers that they know have … experience putting in successful mixed-use developments.”

She said the redevelopment authority is also interested in acquiring the Yancey family property, which is directly behind Magnolia Crossing, and would give the mixed-use development direct access to Factory Shoals Road and Riverside Parkway.

Asked about the progress of sidewalks planned for Mableton Parkway between Discovery Boulevard and Factory Shoals Road, the Cobb County Department of Transportation’s engineer for District 4, Russ Ford said,

“Currently we do have a project that is in design at this point for that project.  On the west side we have actually a 10-foot sidewalk, or trail, going into the west side.  On the east side there is only a five-foot sidewalk.  It will be continuous, between those limits that you mentioned.  We just finished a preliminary phase. What that consists of is … the consultant we have on board, they’ve actually put together the plans, and we’ve sat down with them and went through that entire set of plans.  The next step following this, is they will go make corrections from that plan review, and they’ll submit it.  We call that the final plan review. Those plans are moving along well at this point.”

Cupid added,  “And just to let you know … we programmed these sidewalks since 2015.  We are still in the engineering phase of that and this is the end of 2016.  Part of the issue is Mableton Parkway is a very long stretch, and so it’s taking a lot more work than others … the fact that there’s a significant cost to it.

Cupid said there are $22 million in sidewalk funds for the entire district, and the Mableton Parkway project represented $6-8 million dollars of that overall sidewalk budget.

“It seems like such a minor thing to put in sidewalks, but they are not inexpensive. And they take a lot of time to get underway.”

Later in the meeting, a community resident said, “I live off Mableton Parkway. People talk about how much the sidewalks and the street lights cost. But nobody talks about the number of people that have been killed on Mableton Parkway, because they can’t walk along the roads, because people are going too fast.  The kids have to catch the buses in the wintertime, in the dark.”

Cupid said that citizens should go to county commission meetings to apply pressure to the county to get the things they need to make the county safe.

John Williams, a community activist, said that residents near Osborne High need to go to the school board and demand that more resources be put into the school.  Osborne High School is the focal point of the neighborhood, he said.  He said Smyrna had upscale development because of the schools.

Another  resident asked what the progress had been made for a proposed recreation center near Osborne High.

Eddie Canon, the parks director for Cobb County said the county was in the process of looking for property for the center within a mile radius of Osborne High. He said the department had looked at every available property that could accommodate the center, and that the process was still ongoing.  He said that shortly after the first of the year the design of the building would begin, and that community meetings would be held to determine the needs for the center. The department would bring drawings to get the discussion started, he said.

He added that a master for the entire county park system would start development in 2017 as part of the county’s comprehensive plan.  He said there would be meetings throughout the county to get input on the plan.

Code enforcement, the need for affordable housing, trash along Hurt Road, and development along the East-West connector were other issues citizens raised during the meeting. 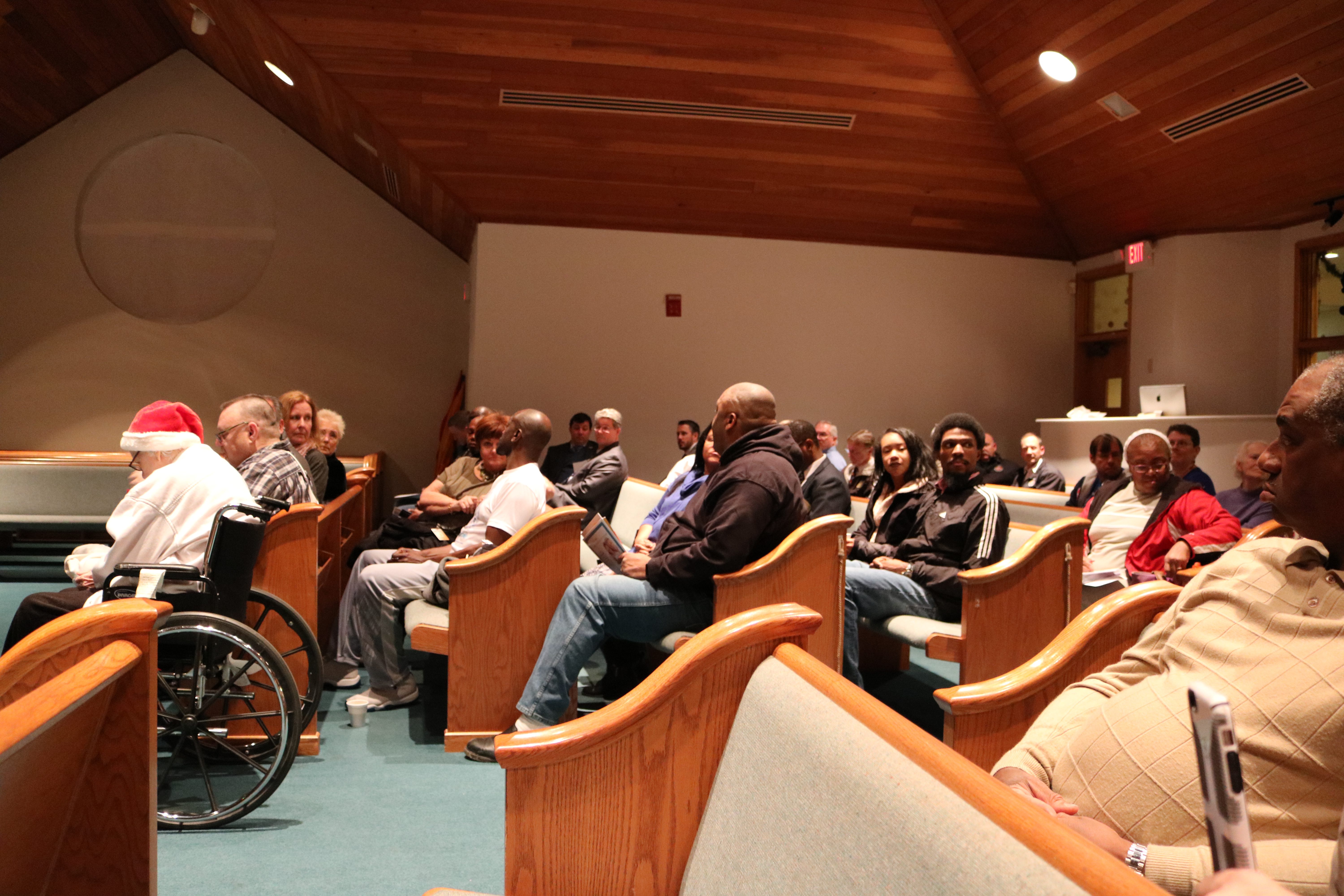