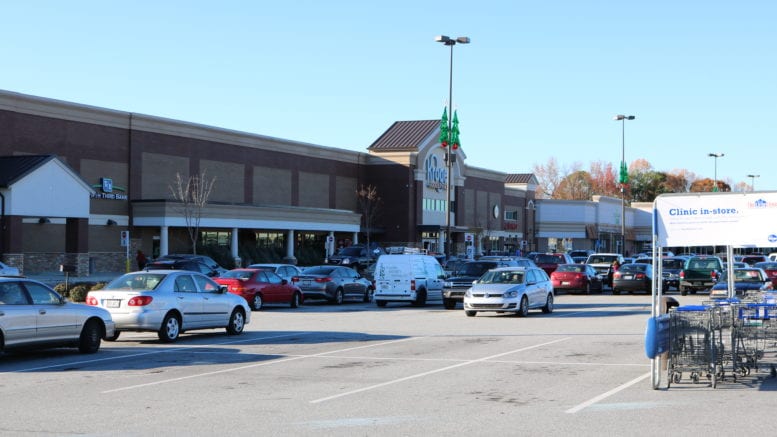 A corridor study is underway to plan improvements for the section of South Cobb Drive between Concord and Windy Hill roads.  But have you ever wondered how South Cobb Drive developed to begin with?

In December of 1941, after Japan’s attack on Pearl Harbor, the United States entered World War II.  The entire nation, including Atlanta and its surrounding area, was mobilized for the war effort.  In February of 1942 the building of the Bell Bomber plant was announced, after Marietta beat East Point and Stone Mountain in competition for the plant’s location.  By March of 1943 the plant began building the B-29 bomber.  According to the New Georgia Encyclopedia the work force at the plant grew to over 28,000 by 1945.

The state determined that a new highway was necessary to transport workers and goods from Atlanta.  At that point the current Atlanta Road (then called Marietta-Atlanta Road) was the main route from Atlanta to Marietta.

An article in the Atlanta Constitution in April of 1942 reported on the laying of water pipe along what it simply described as “the new Marietta highway.”  Another article in July of 1943 said that construction would be completed by October of that year.  It described the road:

“The road leading from Bolton crosses the Chattahoochee River, skirts Smyrna and Fair Oaks, and leads into the old Atlanta-Marietta Road, about one fourth mile from the Marietta city limit. The road leads directly to the main gate of the Bell plant, and is approximately 12 miles long”

That road became highway 280, now known as South Cobb Drive.  It’s an important transportation corridor and commercial highway for dozens of communities in Cobb County.  But it got its start as a single-purpose road, to connect Atlanta with a wartime bomber factory.