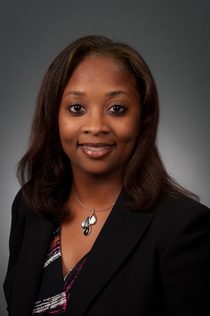 Just two weeks after being sworn in as interim Smyrna city administrator, Tammi Saddler Jones is now taking the job on a permanent basis.

Jones was approved for the city’s top staff job during the Smyrna city council’s Monday night meeting. The council approved an employment contract that will be signed by Mayor Max Bacon.

“Thank you very much,” said Jones, who was joined by her husband and two-year-old son Monday night. “Thank you Mayor Bacon, thank you to each and every council member, thank you citizens of Smyrna. I also want to thank the staff and last, but not least, I have to thank my supportive husband Lamar Jones and our two-year-old son Leland Jones who has an 8 p.m. bedtime… to the citizens, you have my commitment to do my very best as your city administrator.”

As the highest-ranking staff member, the city administrator is responsible for the day-to-day operations of the City of Smyrna. The administrator updates the mayor and council on city business and makes policy recommendations as well as serving as an appointing authority.

Jones takes over for former city administrator Michael Jones, who had held the position since August 2015. Michael jones reportedly exchanged contentious comments with Bacon during a pre-council meeting April 17.

Jones earned a Masters degree in public administration from The Ohio State University in 1997 and received a Bachelor of Arts degree in English from Tougaloo College in Tougaloo, Mississippi in 1993.

The council approved her appointment 7-0.

Bacon bows out of reelection bid

Max Bacon gets his own bobblehead

How Smyrna went from ‘redneck town’ to growing economic powerhouse