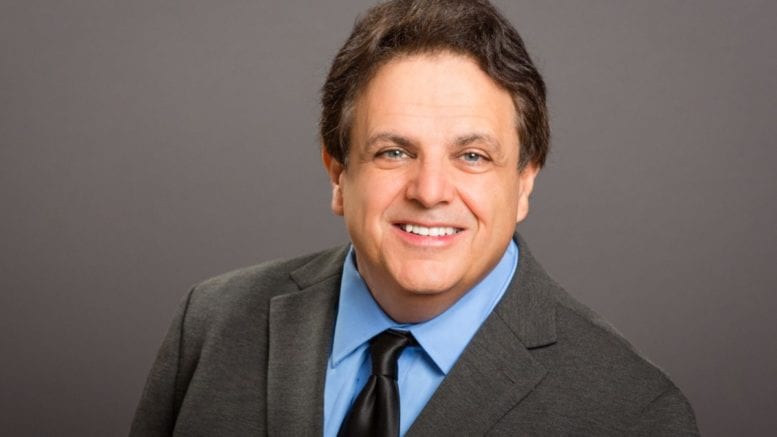 It’s fairly common for Georgia’s state representatives to be re-elected without challengers once first placed in office. Ed Setzler (R – Acworth), for example, represents northwest Cobb County in House District 35. He hasn’t faced a Republican primary opponent since his first election in 2004, and hasn’t faced a candidate from any party since 2010. Salvatore Castellana thinks that’s a problem.

“I think he’s out of touch, honestly,” said Castellana, known as “Tore” to his friends. “This is one of the most flippable districts. Hillary Clinton didn’t win it in 2016, but it was close. It’s about 39 percent minority, which wasn’t the case in 2004 when Setzler first won.”

Salvatore Castellana is one of a wave of first-time candidates

“I’m not a politician,” he says. “I never thought I’d get into politics, but after Trump was elected as U.S. President, I became very upset about the direction of the country.”

He attended a meeting with Amico in Kennesaw in early 2017 and began researching his local representatives. After learning more about Setzler he decided to run against him.

Castellana’s professional career has mostly been in retail and restaurants. He owned several restaurants with his father in the 1970s and 80s, and more recently has worked in logistics.

Castellana, 61, said he feels the minimum wage should be $15 per hour, but as a compromise, he’s pushing for a more modest increase to $12 per hour.

“The biggest issue I hear from small business owners is they say they can’t afford it,” he said. “I was in the restaurant business. When your cost of rent or food goes up, you budget that in. You might have to raise prices, that’s part of the business, but you don’t close down because a cost goes up. There are people working full time who live below the poverty level, and that’s unacceptable to me.”

He disagrees strongly with many of Setzler’s moves representing the district, such as supporting the Safe Carry Protection Act, which is known among its detractors as the “Guns Everywhere Bill.” Setzler is also against expanding transit access and expanding Medicaid, both of which Castellana supports.

[Correction:  an earlier version of this article ended the previous line with “both of which Setzler supports,” which was, of course, incorrect.  We regret the error.]

“The people who supported Trump are losing their hospitals and their schools aren’t getting the funding they need,” he said. “I keep wondering why people are voting against their own self-interest.”

Castellana has lived in House District 35 since 2007, and in Cobb County since 1998. He has a daughter who works as a teacher in Carroll County, and a stepson who works for a company called Drive Medical.

His campaign has already been a success in that Castellana knocked out 22-year-old Democratic opponent Kyle Rinaudo in the May primary. The two were mostly supportive of each other during primary season and Castellana said he has Rinaudo’s endorsement against Setzler.

According to his most recent campaign finance report, Castellana had $1,425 in contributions at the end of June, having spent $1,326 on printed materials to promote his bid.

That puts him far behind Setzler, who reported $13,467.50 in contributions, with $5,802.50 already spent. Setzler claimed recent contributions from the Metro Atlanta Chamber and Conditioned Air Association of Georgia, and spent money advertising at a golf event, paying a $250 late filing fee and donating $3,900 to Brian Kemp’s run for Georgia governor, among other expenses.

While he may appear to be a long shot against the incumbent, Castellana emphasizes that, no matter what, for the first time in eight years voters in the district will have a choice when it comes to who represents them at the capitol.

“We haven’t had a choice, and that’s been the biggest problem,” said Castellana. “We don’t know what’s going to happen until we get people on the ballot.”

Klobuchar to Georgia Democrats: ‘Get mad and vote’ in response to potential overturn of Roe v. Wade