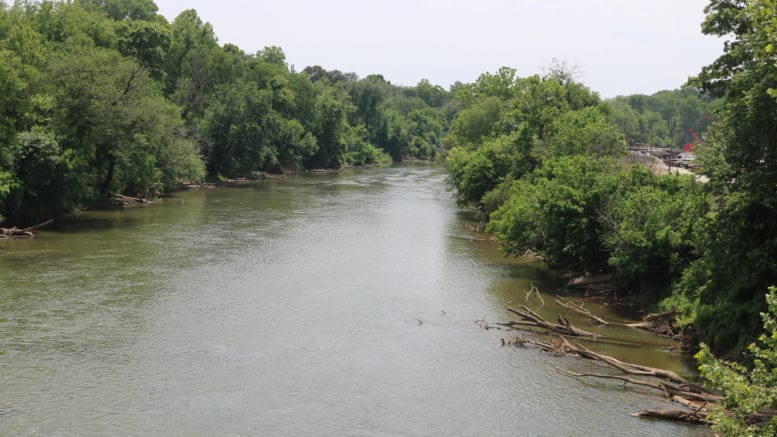 Yesterday evening Cobb County announced on social media that pumps would arrive today to drain the flooded South Cobb Water Reclamation Facility. The failure was announced January 2, and as of yesterday the cause was still unknown. [[Thanks to sharp-eyed reader Patty McSweeney Yohn for pointing out that I incorrectly wrote June 2 as the date of the announcement.  I regret the error].

Work crews installed the first of three pumps near the South Cobb Water Reclamation Facility to drain a flooded pump facility. The other two pumps should arrive tomorrow. That should relieve enough pressure in the South Cobb Tunnel to stop overflows. pic.twitter.com/oUXfCneQTk

They added in a post on their Facebook page, “The pumps should relieve enough pressure in the South Cobb Tunnel to stop overflows into the nearby Nickajack Creek. Water System officials still do not know what caused the pump station near the facility to flood. A reminder, this system is NOT connected to the drinking water system. Crews continue to work around the clock.”

The original news release from the county’s Communications Department on January 2 described the pump failure as follows:

A major pump failure at the South Cobb Water Reclamation Facility has resulted in the release of a combination of rainwater, creek water, and untreated wastewater into Nickajack Creek near the Chattahoochee River. Because of the recent heavy rainfall and flooding conditions, the system was already at near full-capacity when the failure occurred.

Cobb Water officials have been aggressively installing replacement pumps to address the situation, but have not yet been able to bring the system back to its full capacity. They continue to investigate the cause of the failure and are working with the state Environmental Protection Division. The full extent of the release is not known at this time. Water System officials say high flows in Nickajack Creek and the Chattahoochee River are increasing the difficulty of resolving this situation, but will ultimately help to mitigate impacts.