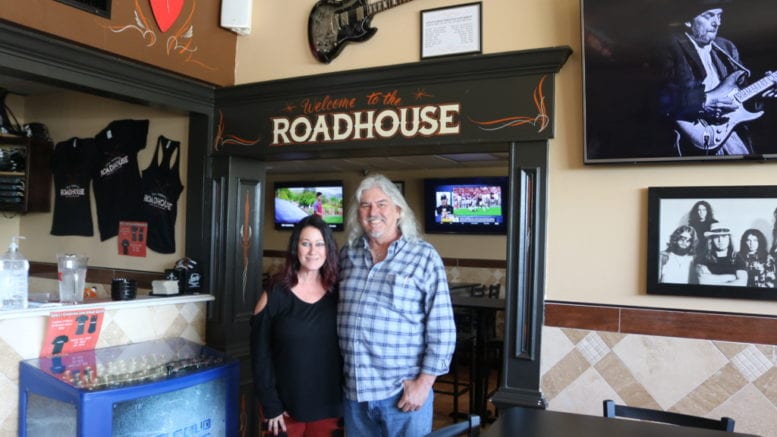 Full Throttle Roadhouse is a bar and grill on Veteran’s Memorial Highway opened in December of 2018 by Randy and Liz Snyder. Randy Snyder also publishes Full Throttle Magazine, a magazine for bikers.

The Courier spoke with him at the restaurant on Friday afternoon.

Snyder said, “I’m a Cobb County boy, through and through.  Been in Cobb County since 1961, and I’m 61 years old, so I’ve been here for awhile. When we got ready to go into another business we wanted it to be in the South Cobb area, and be part of what’s going on as far as the redevelopment, regrowth in Mableton and the Austell region.”

“Our restaurant and bar was started with kind of the theme of ‘bikers, burgers and blues’,” he said, “because I’m also involved heavily in the motorcycle community with Full Throttle Magazine.  And once we came up with the roadhouse name, that’s where the menu started to develop.  We thought that with a roadhouse, we’d have to go with a southwest Texas vibe.  And we’ve brought that into our chili, our Brunswick stew, all of our different foods across our menu and our recipes that way.”

Snyder grew up in Smyrna, and went to Campbell High School. “The old building on Atlanta Road,” he said.

He has lived in Powder Springs for the past 36 years.

Asked about the music regularly hosted by the roadhouse, he said that blues was chosen because of the small size of the venue.  A three or four piece blues band could perform and “not blow the room away,” he said.

“So a lot of the things that you’re seeing on the menu, are artist names that I took and wrote as kind of humorous anecdotes about the food and tied it in with them,” he said. “One of the local heroes around here is J.B. Walker from J.B. Walker and the Cheap Whiskey Band.  And he plays here on Sunday afternoons.  We have the JB’s Roll Hard Burger, because that’s his slogan.  If you’re getting ready to leave, walk out of the room, or whatever, he yells ‘Roll hard!’  So we have the JB’s Roll Hard Burger and that’s double bacon and double cheese.  I figure if anythings going to get hard first it’s going to be your arteries.”

He said, “One of the coolest things about buying this location … we bought a complete kitchen, including a smoker.  So we do whole smoked wings with a dry rub that are incredible.  We do pulled pork, we do it daily.  We even smoke our macaroni and cheese.  It’s smoked bacon mixed in with macaroni and cheese.  So that’s just a really huge asset to have here, and we cook and develop the menu around it.”

Snyder talked further about the connection between Full Throttle Roadhouse and the Atlanta blues scene.

He said the musicians included the Sweet and Salty Blues Band, the Barry Richman Band, Andrew Black, and Big Mike and the Booty Papas.

“We’ve just got a bunch happening when it comes to music. July 7 we’re setting up and doing another outside stage show and Soul Circus Cowboys are coming up from Tampa. The following weekend we’re going to keep the big tent up and we’re part of the Veterans With PTSD  Car Truck and Motorcycle Show, and we’re expecting probably 200 cars to participate in that event. We’re hosting the meet and greet on Friday night, and the cruise-in on Sunday.  It’s going to be one heck of a weekend. And we’re all about our veterans.  Veterans get 10 percent off all the time and active duty firefighters and police get 50 percent off when they come in in uniform.  We’re all about public service,” he said.

Asked how the menu items were chosen, he said, “We had a couple of people in mind when we decided to go in this business.  And it was a difficult decision to make this plunge, because I’m already very busy with Full Throttle Magazine and the Lucky 13 down in Panama City Beach, which is just a motorcycle rally venue.  We open two times a year eight days at a time for a motorcycle event.” 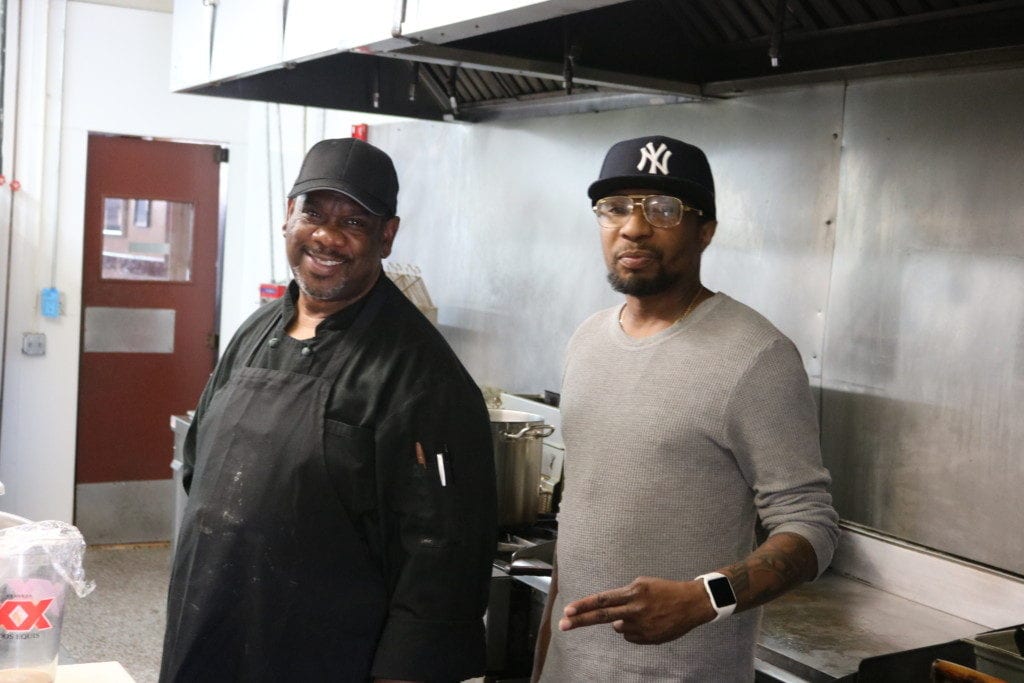 “In the kitchen, we brought in Zaire Jacobs,” he said.  “Everybody calls him Z.  We met him hanging out in some of the other restaurants and bars in the area through the years, and we became good friends.  We also got to learn about his ethics, and his work ethics as well.  And when he came in what he’s  dedicated helping us build and put together the menu has been phenomenal.  And he’s built a good team back there.  We have five very strong players to work in our kitchen.”

“We do different daily specials,” he said, “like Monday is Meatloaf Monday.  We don’t serve it any other time, except for Monday until it sells out and it’s done in our smoker. So there’s something every day.  And we do special events during the week too.  Wednesday night is bike night, Friday and Saturday night is blues, and Sunday is our weekly cruise-in.  I call it the Rockin’ Roll In Roadhouse Sunday.  And J.B. Walker and Rob Grater are always playing on Sunday unless they’re on another gig or something else.”

The menu itself is creative and a fun read, with selections such as “Chickens ain’t got no fingers,” “Weenie in a bikini,” and “Howlin’ Chili Dog.”

One section of the menu is called “On the Road Again,” and is described as “Cheap n’ Easy lunch selection to get you back to work in a hurry, served on cheap ass white bread with chips.”

The Full Throttle Roadhouse is at 1420 Veterans Memorial Highway.