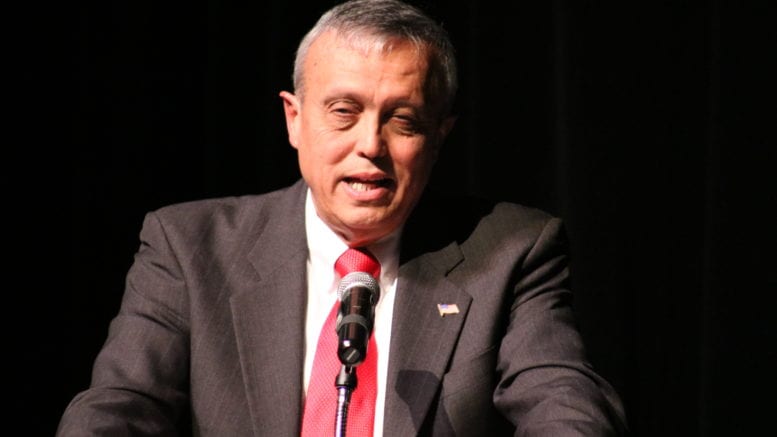 Some of the highlights listed in the news release are a three percent raise for county employees, plus an additional two percent on top of that for law enforcement officers.

UPDATE: Cavitt provided the following clarification, modifying the sentence above: “The budget calls for a 3% pay raise for county employees, some of whom have gone years without a raise.  On top of that, public safety including police, sheriff, and fire will receive an additional 2% under the Chairman’s proposal. ”

Cavitt included an additional list of items from the budget:

The news release also states, “There is one unusual line in the budget that reads ‘Unfund 40 Police Officers and 40 Sheriff Officers.’  This line is in the budget because, under the current hiring schedule, these agencies will not be able to get to these positions in the upcoming fiscal year. This does not mean these positions are being eliminated, only that they will not be filled in FY20.”

Public safety employees, including police officers, have been advocating for increases in pay, benefits and staffing levels, and packed a March Board of Commissioners meeting to overflow, resulting in a contentious public comment section which was split into two parts to accommodate the large number of speakers.

The budget also reflects the elimination of the unpopular senior services fee.

The news release states that this budget is a working document, and that changes are likely to occur before the Board of Commissioners votes on the budget this summer.

You can read the preliminary budget projections by following this link.