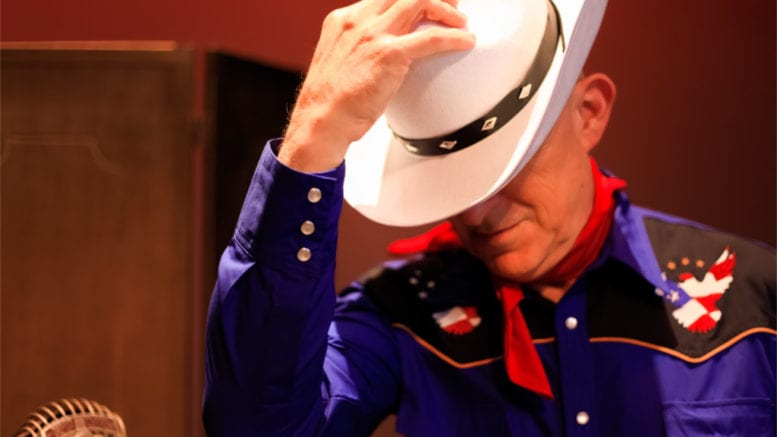 According to a news release from the Georgia Symphony Orchestra, Vic Reynolds, current Georgia Bureau of Investigation director and former Cobb County District Attorney, will portray the Lone Ranger in the Movie Palace Radio Hour: The Adventures of the Lone Ranger and the Shadow.

The performance will recreate 1940s radio drama, with live actors, including Reynolds as the Lone Ranger and Matt Goodson as the Shadow.

The show will run for one weekend only from Friday May 3 through Sunday May 5 at The Strand on Marietta Square. Tickets are $25 and are on sale now.

Goodson, who will portray Lamont Cranston/The Shadow, is an Atlanta-based performer who has acted in live and recorded audio dramas with The Atlanta Radio Theatre Company for the past five years. The press release states, “This show will feature a live Foley artist using a variety of objects to recreate iconic sound effects like the rattling hoof beats of the Lone Ranger’s trusty steed Silver, and the swish of The Shadow’s trademark cape. In addition, The Georgia Symphony Orchestra will be lending their considerable musical talents to the production by supplying a myriad of inventive instrumental sound effects, as well as performing a full orchestral overture at the top of each act.”