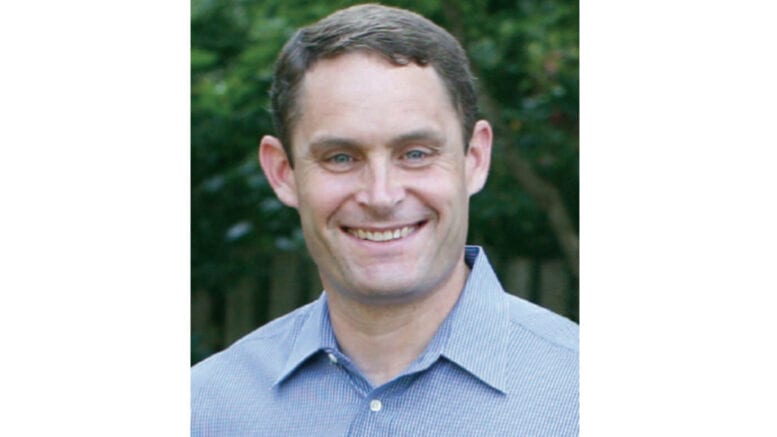 Representative Ed Setzler is running for reelection to his seat in the Georgia State House of Representatives for House District 35. HD-35 covers Acworth and part of Kennesaw.

When asked about his decision to first run for the seat in the 2004 election, Setzler said, “It had become clear to me that regular working people ought to have more of a voice. I wanted to, as a working dad with a young family, engage in a way that gave a clear minded, responsive voice to ordinary people across north Cobb County.”

“I think it takes somebody who is raising kids in this community, who is invested here, who is a business leader here, who is a homeowner here and who is again struggling to stay on top things when economic times are tough…” Specifically, Setzler emphasized a “kind of common sense connectedness to real people” as being “important in terms of who represents our values at the state capital.”

Setzler said that his military service shaped him and prepared him for office. Regarding his decision to enter service, Setzler said he, “ was really drawn to the military because it was really a desire for service and really a desire to stand for the values that our nation represents.” He described the military as a “melting pot” of all different kinds of people and said that “one thing the military does is it takes ordinary people and through teaching them process, teamwork allows them to accomplish great outcomes.”

Setzler said he applies that same process to his approach to both business and his service in the legislature.

Setzler’s said his time in the service made him appreciate American values. He said, “ when you travel around the world you go to 24, 25 countries and serve in places that don’t look like home you realize American values is what makes us unique from the rest of the world – the fact that every single person matters and has individual dignity and that dignity whether that person is a street sweeper or executive in a company.”

He said the “sensibilities that everyone should matter” is what led him to run for elected office and has been “the energy and focus in my not only serving these years but wanting to run for office again.”

Setzler said criminal justice reform has been one of his priorities. He has served on the Judiciary Noncivil Committee for 11 sessions.

He spoke of his subcommittee’s efforts to “give individuals… for whom drugs is the root cause of crimes… [the opportunity to] move towards recovery using the criminal justice system as sort of a carrot and a stick to keep them on the path to recovery to really focus on overcoming their drug addiction so they can integrate back into the life and be productive citizens again.”

Setzler said he has “led statewide on the issue of record restriction.” He said, “People who are not found guilty of crimes shouldn’t have the charges… follow them around for the rest of their lives. Seems like common sense to many but our laws for years and years and years allowed for the simply accusation or charge to follow someone for life.”

Setzler has served on the education committee for his entire time in office and said he has “had the honor of bringing true education reform.” Specifically, he said he “co-sponsored a bill that allowed interdistrict transfers for students” because he “believes opportunities ought to exist for parents and kids to exercise school choice.”

On the issue of school choice, Setzler said that such opportunities should include charters schools, as “many areas in the state don’t have an education system that runs as well as Cobb County’s and they need to be given education options.”

Setzler said what is most important is, “ putting teachers in charge of their classrooms and giving them the ability to teach kids and eliminate distractions” and “putting structures in place in the state where educators in schools in particular the classroom level can do what’s right by kids and let the magic happen in the classroom that changes lives.”

Setzler said he visits local classrooms to meet with and talk to students. “My focus in that has been to take state government and state leadership right down to the kids.

One thing I’ve been trying to do as I’ve been speaking in classrooms is to show kids that no matter where you come from, no matter what your background is, no matter what your economic level or your parents situation in life that you can step up and be a leader in your community.” Setzler said that he “want[s] every student to realize ‘I can do this, and even though my giftings might be different than others, there is a way I can contribute in a very powerful way that can impact my community and impact others.”

Setzler also said, “It is a core function of government to protect human health and the environment.”

According to Setzler, prior to running for office in 2005, he served as an environmental consultant for the Atlanta House Authority for 11 years. He said, “ [I was] working on the renovation and rehab of some of the oldest public housing projects in America, converting them into mixed income housing that gave people greater dignity in the place they could live so they felt like there was true community where they were growing up” and thus “…felt firsthand what it was like to think about having contamination around where you live and vital importance of being good stewards to the environment.”

He said, “ [we] are studying very carefully right now the potential for coal ash, some of the ash that’s stored in coal fire power plants, [to] possibly be impacting drinking water in their surrounding communities.”

He said he, along with other legislators, stand ready to sponsor legislation to address such an issue after they see sufficient data on the issue.

Setzler said the legislature should act in “an appropriate and thoughtful way not a way that just telegraphs to the public a narrative but a way that really gets engaged and impacts things and takes a meaningful public policy stance to change things if in fact our power plants are being harmful to citizens.”

Abortion and his HB-481 sponsorship

On his stance on reproductive healthcare services, such as abortion and birth control, Setzler said, “… It is important to recognize that living, distinct unborn children in our country have unfortunately been neglected.” He said, “its consistent with the common sense values of the people in north Cobb County, candidly of both parties, pro-life citizens who are represented in both parties, who say thank you for finally standing up for helpless, unborn children who have been neglected for far too long by our laws.”

In conclusion, Setzler said, “It’s the hard working people that I believe deserve a clear minded, responsive voice in the state capital and I’ve sought to do that in my years of service.” He said he wants to be that voice for “for everyday people particularly people now who are hurting in the economic uncertainty of the corona virus again I stand to represent this community and I want to lead through this so we can come out on the back side of this stronger.”

Setzler is running unopposed in the Republican primary election for House District 35 and the general election will be held on November 3, 2020.